A noisy pub has had its licence revoked after a family fun day during which scantily-clad women rode a penis-shaped ‘bucking bronco’ descended into violence.

Police were called to the Dog and Partridge, in Bilston in the West Midlands, in the early hours of July 14 after reports of gunfire and an attack involving a meat cleaver.

A woman in her 30s was taken to hospital and treated for head injuries following the incident, and a 36-year-old woman was arrested on suspicion of wounding.

Police recovered a number of shell casings on the car park, although no-one was reported as having been shot.

It was the latest incident in an ‘ongoing’ and ‘escalating’ series of complaints about the premises, which one official called one of the worst noise complaints he had dealt with.

The Dog and Partridge’s licence was suspended in the aftermath of the incident and police asked magistrates for a three-month closure order, which was granted days afterwards.

The council the fun day was in fact an adult-themed pool party, at which scantily clad women rode a large penis-shaped bucking bronco and noise levels exceeded 70 decibels.

There were also reports of bottles being thrown outside the pub, people urinating on nearby properties and general disturbances that had led to residents fearing for their safety during the July 13 event.

The ‘family fun day’ was more of an adult-themed party. the council licensing committee heard 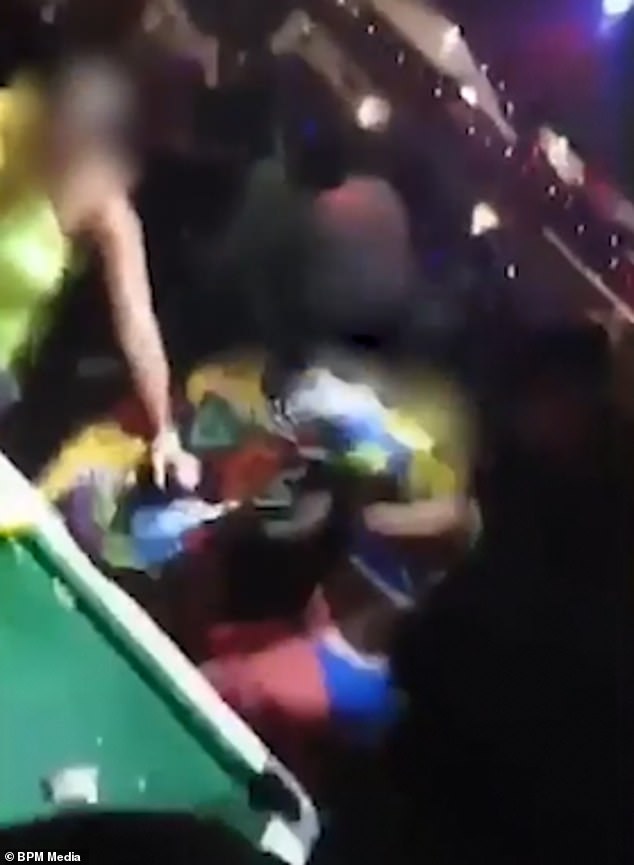 Video from the day, (faces obscured) shows patrons grappling and wrestling with each other

Senior Environmental Health Officer Andy Johnston said: ‘This is one of the worst noise complaints I’ve had to deal with. It has been ongoing before escalating.

‘A lot of people have been scared to complain because of the some of the clientele who were frequenting it.’

Many previous events at the pub had also attracted complaints of noise from neighbours.

The licensing sub-Committee also received a late submission from Wolverhampton MP Pat McFadden, who wrote: ‘I have been contacted by a number of local residents who do not want a suspension of the licence, but they want it to be withdrawn and I support them in this request.’ 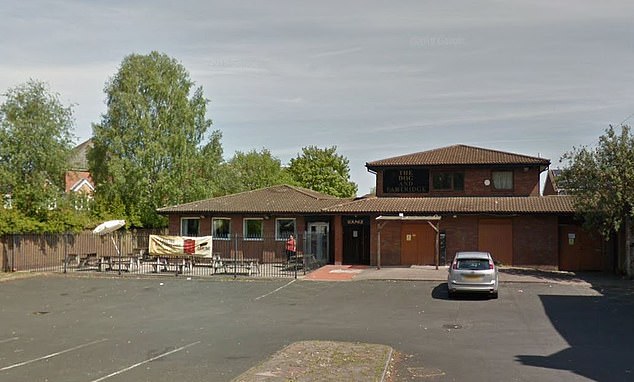 Shell casings were found by police in the aftermath of the outbreak of violence at the Dog and Partridge in Bilston, pictured, although no-one was reported shot

The council’s committee chairman Alan Bolshaw said: ‘We have seen overwhelming evidence of numerous disturbances and it’s our decision that the licence should be revoked and fresh interim steps be imposed.’

None of the previous premises licence holders attended the hearing.