A pub has stopped serving an ale called ‘Beer Goggles’ after it was branded ‘sexist’ and ‘outdated’ by critics.

The King’s Arms in Horsham, Sussex, has removed the beer from the bar after the pump clip sparked outrage for not being politically correct.

The Elgood Brewery’s ale was advertised with an optical illusion of a woman looking haggard from one angle, but that also looked like a beautiful princess from another.

WikiSussexPubs, which posts guides to pubs across Sussex, uploaded a picture of the clip with the message: ‘A great pint, and just the best pump clip I have seen in ages.

The Beer Goggles pump clip in the King’s Arms in Horsham, which from one angle shows a haggard old woman 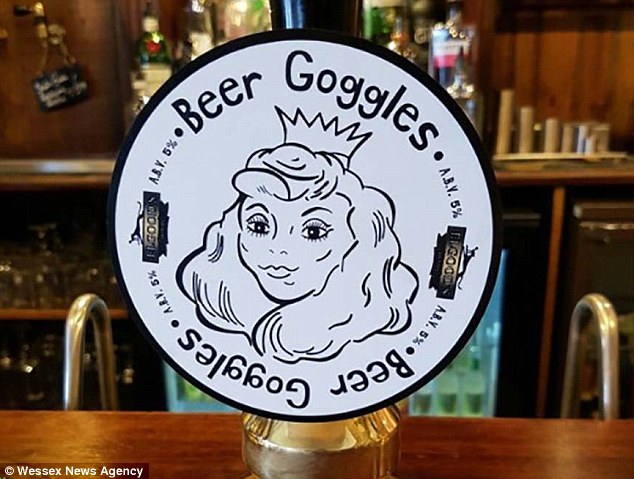 But it triggered a flood of complaints, with one Twitter user calling it ‘nasty, sexist and not at all funny.’

The Ale Lady added: ‘I was hoping the fact us ladies were tagged in on this tweet meant it was sarcastic.

‘This pump clip belongs in the 70s alongside the likes of Benny Hill.’

Amethyst Heels tweeted: ‘It took me a while to understand this and now I really wish I hadn’t bothered. 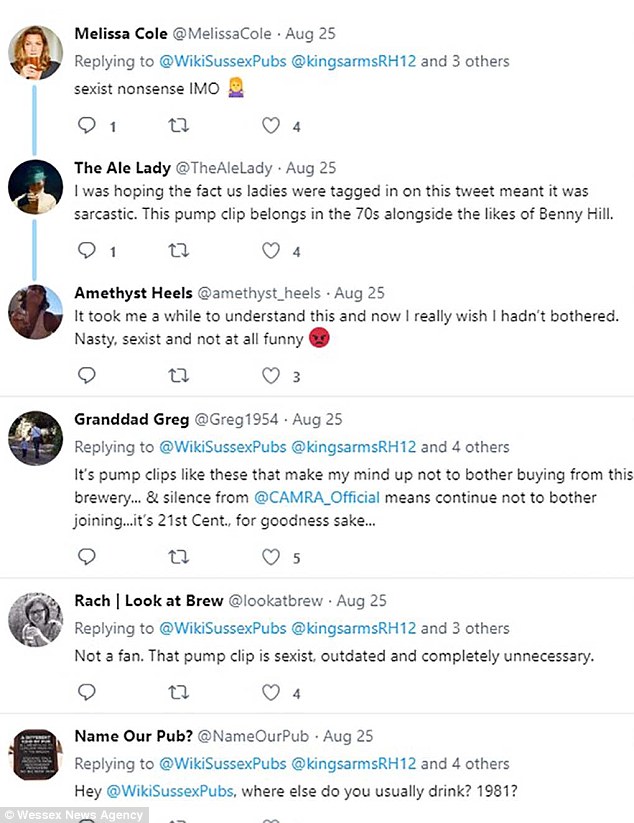 The beer pump sparked a deluge of complaints on Twitter

Now the Kings Arms has apologised and has released a statement saying it is removing both the beer and the pump clip from its bar.

The statement said ‘We notice that a pump clip on show in our pub seems to have caused upset.

‘Our interests lie in selling good beer to all with cheer, as long as you’re between 18 and 118 you’re welcome.

‘This pump clip or beer will not feature on our bar again!’

A spokesman for Beer Goggles makers Elgoods Brewery said ‘This is a beer, and pump clip, that we have sold nationwide in both 2017 and 2018 and it has been well received in trade.

‘The pump clip and name is based on an old, traditional image (somewhat older than the 1970s!) and is meant to be, and is generally accepted as, a little bit of fun.

‘We are a very old family brewery, owned and run by three sisters and would not seek to intentionally offend people although it is always possible to do so inadvertently.’