Public Health England is hampering the development of ‘game changing’ coronavirus antibody tests by refusing to share blood samples from infected patients with private labs, according to a leaked memo.

Scientists are rushing to develop the tests, which can confirm if someone has already had Covid-19 and could be immune – potentially allowing thousands of self-isolating NHS medics to return to the frontline.

But private labs say they are being hamstrung by Public Health England’s failure to respond to multiple requests asking for blood samples from patients.

Scientists are rushing to develop the tests, which can confirm if someone has already had Covid-19 and could be immune – potentially allowing thousands of self-isolating NHS medics to return to the frontline. File picture of a medic taking blood from a patient

In one leaked email seen by The Telegraph, John Bell, an Oxford University professor and government adviser, said he was among those who had not received any help from officials.

‘We could not get them from PHE either,’ he wrote on Monday. ‘We are collecting ours one convalescent patient at a time. Now have 15, soon will have more than thirty. No generous samples however.’

Professor Karol Sikora, chief medical officer at leading cancer care provider Rutherford Health and a former director of the World Health Organisation, said it was only possible to produce a sufficient number of tests with help from private labs.

In response to these concerns, PHE said they only had a ‘very small number’ of blood samples so had not been able to share them with the public sector.

It comes as the Government called on British companies to work together to create an antibody test that can be used at hope, according to The Times.

Ministers want a home-grown test that can show if people have had the virus and recovered from it – something considered key if the UK is to find a way out of lockdown.

The health secretary Matt Hancock is expected to ask biotech firms to work with Government scientists to make a British product which prioritises domestic needs rather than buying more tests from abroad.

A Government source said: ‘We have some of the finest scientific minds in the world working in different areas and we want to bring people together to deliver these tests.’

Cambridge University has set up a coronavirus testing laboratory to help meet the Government’s 100,000-a-day target.

The facility at the university’s Anne McLaren laboratory is a ‘joint collaboration’ with pharmaceutical giants AstraZeneca and GlaxoSmithKline as part of a ‘national effort’ to increase testing capacity. 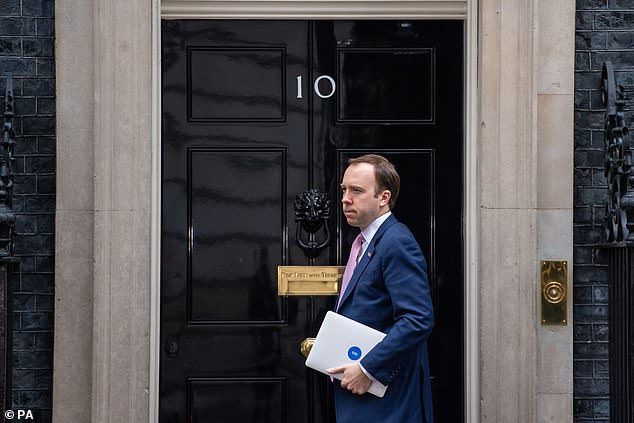 Scientists will process tests and work to identify alternate chemical reagents to the ones currently being used, which are in short supply.

The Government has promised to hit 100,000 tests a day by the end of April, and Foreign Secretary Dominic Raab yesterday insisted ‘good progress’ was being made.

But Chief Medical Officer Chris Whitty appeared to admit there had been failures in this country’s initial testing response.

He added: ‘We all know that Germany got ahead in terms of its ability to do testing for the virus and there’s a lot to learn from that.’

The 100,000 target has been jeopardised because there is no successful antibody test, which establishes whether people have had the disease.

Mr Raab would not say whether this meant the Government would now focus solely on conducting 100,000 antigen tests, which show if people have the virus.

He said: ‘Lots of these things are in very high demand but we are doing everything we can on every front to get all of the testing capabilities we need. But yes, the Health Secretary’s 100,000-per-day target still stands.’ 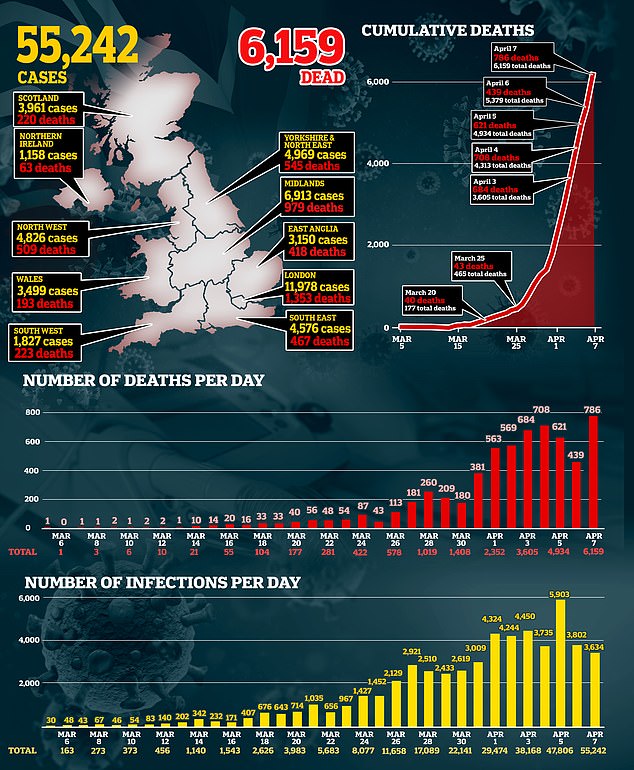 NHS scientists claimed the Health Secretary’s pledge to hit 100,000 people a day by the end of April was impossible because of a lack of vital testing equipment.

They said there were major shortages of reagents – chemicals that extract the genetic code of the virus from swabs so they can be tested.

But the new Cambridge facility aims to overcome this problem by looking at alternative chemicals.