Public schoolboy, 17, killed himself with his father’s gun after he was arrested over Snapchat ‘secret’ and suspended from prestigious £35,000-a-year Ampleforth College

Christian Mangles, known to his friends and family as Kit (pictured in an undated photo), killed himself with his father’s shotgun

A 17-year-old public schoolboy killed himself with his father’s gun after he was excluded from school for smoking, an inquest heard today.

The body of Christian Sydney Ellison Mangles, known to his family and friends as Kit, was found with gunshot wounds inside a car at North Yorkshire beauty spot Blakey Ridge on June 14 last year.

He disappeared the day after he was arrested and quizzed by police and told he had been ‘indefinitely suspended’ from prestigious £35,000-a-year Ampleforth College, the inquest heard.

The hearing was also told that he was arrested for a unspecified dark ‘secret’ – the details of which are still unclear.

Kit, who was considering the family tradition of an Army career, had told a friend via Snapchat that if his secret was exposed he would kill himself.

But North Yorkshire assistant Coroner John Broadbridge told the inquest in Northallerton that the reason for Kit’s arrest was ‘entirely irrelevant’ for his inquest. 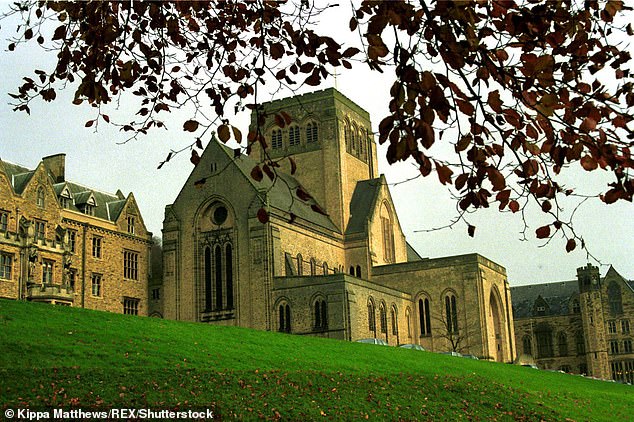 His father Edward has a gun licence and had taught his son how to shoot, claiming he was a ‘confident’ at using rifles and shotguns.

Social media messages sent in the days leading up to his death implied he planned to take his own life, the coroner was told.

The coroner heard how Kit’s father Edward and mother Gill moved him and his two siblings from Hong Kong to Whitby in April 2014.

He went to the Catholic school Ampleforth College in York where he was ‘extremely popular’.

His father told the coroner he had been excluded from school before his death, admitting he ‘took risks’ and had been caught smoking for the third time.

He had taught his son how to use a shotgun and a rifle after acquiring gun licences and spending time shooting birds, he added.

Kit was arrested by police in June but they have refused to reveal why he was detained. He was released without charge.

The coroner told the hearing extensive inquiries had been carried out by police surrounding the allegations but no further evidence had emerged to back them up.

His mother gave evidence explaining that the day after his arrest she took him out to lunch but he was not feeling well.

He wanted to watch the football because the World Cup was on TV, so she left him alone, she said.

But when she returned he was gone, along with one of his father’s shotguns.

His school was put on lock down and a helicopter search launched, but when they traced his mobile phone to Blakey Head, his lifeless body was found in a car. He did not leave a note.

An autopsy and toxicology report showed the cause of his death was a shotgun wound to the head and there was no alcohol in his blood.

The coroner concluded the wound was self-inflicted and Kit was aware of the impact of a loaded shotgun. He ruled his death to be suicide.

Paying tribute to him, his father said: ‘He was loved by his peers and extremely popular.

‘He was more than capable of achieving high grades and got good GCSEs. He had a strong sense of justice, stubborn at times but incredibly kind.’

But he added that he ‘lacked confidence’ and ‘couldn’t see the potential of the man he was to become’.

Kit liked playing rugby, wanted to study Christian Theology at university, despite being an atheist, and had applied to an Army officer scheme, the inquest was told.

For confidential support 24 hours a day in the UK you can call the Samaritans on 116 123 or email jo@samaritans.org