Public support for the Government’s handling of the coronavirus outbreak has slipped sharply, according to a new opinion poll.

The survey by Opinium found 39% backed the Government’s response, down from 48% a week ago.

Those saying they disapproved have risen from 36% last week to 42%.

It follows a week in which Boris Johnson faced criticism over his announcement of the easing of the lockdown restrictions in England.

The Prime Minister also came under pressure in the Commons from Labour leader Sir Keir Starmer over the Government’s efforts to tackle the spread of the disease in care homes.

More than a third – 35% – said they approved of the response of Sir Keir and the Labour Party, as against 20% who disapproved.

Public support for the Government’s handling of the coronavirus outbreak has slipped sharply. It follows a week in which Boris Johnson faced criticism over his announcement of the easing of the lockdown restrictions in England. Pictured: a packed St James’s Park today

Adam Drummond, the head of political polling at Opinium, said it was the first time disapproval of the Government’s handling of the crisis was higher than approval.

‘In part this was likely inevitable as the relatively simple and almost unanimous decision to lockdown has given way to much more contestable decisions about how and when to open up,’ he said.

‘We have gone from a very simple and clearly understood message to a more nuanced situation with more confused messaging and a sense that the Government don’t have as firm a grip on the situation as voters would like.’

It comes as Gateshead’s council leader has called the Government’s easing of the lockdown rules ‘frankly madness’ as Liverpool says it will not be reopening schools on June 1.

The unease at the changes to social-distancing rules among civic leaders in the north of England grew as Greater Manchester Mayor Andy Burnham said the Government’s easing ‘did come a little too soon’ for the North-West. 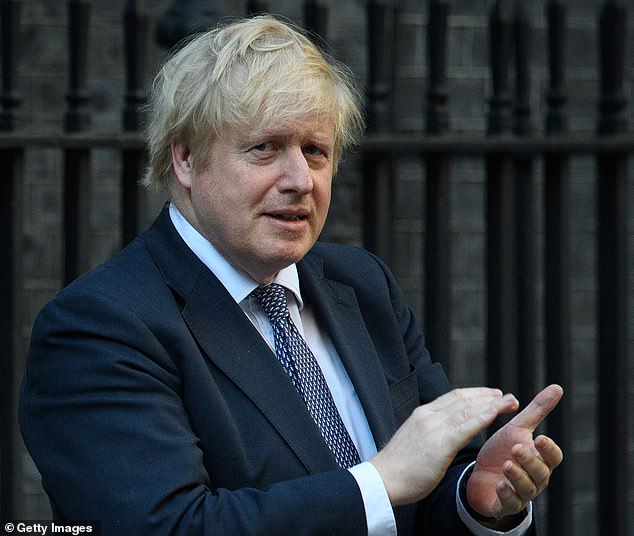 Labour leader of Gateshead Council Martin Gannon said on Friday that his council’s advice continued to be to ‘stay at home’.

He said there was evidence that the rate of infection, measured through the R value, was greater than one in his borough.

And he said his views on the lockdown were echoed by his counterparts in Newcastle and Sunderland.

Mr Gannon told the BBC News Channel: ‘The national advice telling us the lockdown is over is frankly madness to Gateshead.’

He said: ‘I think it’s clear that this pandemic has a very different impact on different populations and different communities.

‘I’m sorry but it’s just not working in terms of whether it’s food supply, PPE, testing, tracking and tracing.’

He added: ‘We have the knowledge, we have the experience. We know our communities.’ 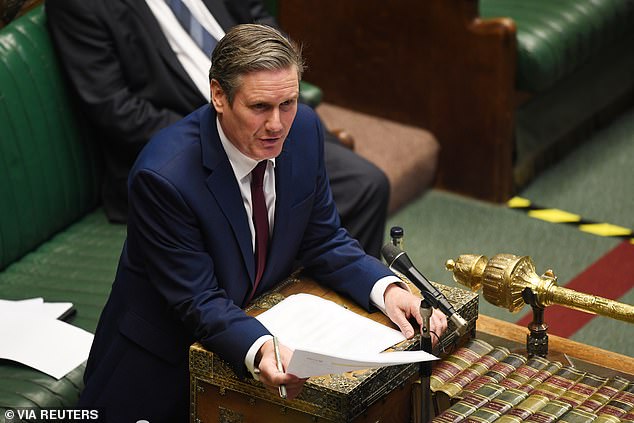 More than a third – 35% – said they approved of the response of Sir Keir and the Labour Party, as against 20% who disapproved

Earlier, Mr Gannon said: ‘Our message in Gateshead is for people to stay home,’ adding: ‘I think what the Government is doing nationally is reckless. It may be okay in some of the leafy suburbs, it may be alright in some of the rural villages, but it is not okay in Gateshead.’

In Liverpool, only the children of key workers and vulnerable children will be allowed in school from June 1, the city council confirmed on Friday.

Greater Manchester mayor Andy Burnham has warned Boris Johnson he faces a ‘fracturing of national unity’ if he ignores concerns of the regions in the coronavirus outbreak.

Mr Burnham said the Prime Minister had failed to inform civic leaders of his easing of the lockdown restrictions in advance – even though they were the ones who had to deal with demands on the transport system.

While the announcement came as cases of the disease were falling in the South East, Mr Burnham said that he believed it had come too soon for the North.

Writing in The Observer, he warned that without additional support for the regions, there was a danger of a ‘second spike’ in the disease which could in turn pass back through the Midlands to London.

His intervention comes amid growing signs of unhappiness with Mr Johnson’s handling of the crisis in other parts of the country.

The city and wider region has seen some of the UK’s highest infection rates for coronavirus, well above the England average.

Instead, the Labour-run local authority said schools reopening will be staggered, with all pupils only allowed in when headteachers, governing bodies, council officials and unions are satisfied it is safe to do so.

Steve Reddy, director of Children and Young People’s Services at Liverpool City Council, said on Friday he is writing to all parents to tell them not to expect schools to reopen for everyone on June 1.

In the letter, Mr Reddy said: ‘Our guiding principle is that schools can only reopen to other pupils when it is safe to do so and not a moment before.

‘Only once we can be sure that schools are safe for both children and staff will they be able to open to more children. The safety of your child, and of our staff, is our top priority.

‘Some parents have asked me when schools may fully reopen. This will vary from school to school. Each headteacher has to rigorously assess the risks of fully reopening for their particular school.’

He added: ‘We will not be pressuring anyone to send their child to school since you know your children and personal situation best. Once you have all the information, you will be able to make an informed decision.

Labour mayor Mr Burnham told talkRadio on Friday: ‘I personally think, we did rush change on Sunday night because it did come a little too soon for certainly the north west of England.’ 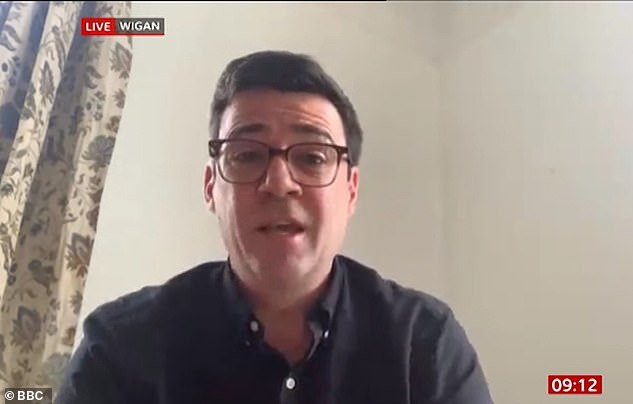 He said: ‘We haven’t yet been given the funding to run transport service properly so people have been encouraged to return to work but we aren’t able to put on the extra trams and buses to carry them safely to work, and that’s just a very practical example of how this thing has been rushed.’

NASUWT general secretary Dr Patrick Roach responded to Mr Gannon’s advice, saying: ‘This advice reflects the fact the Government has provided no evidence that opening schools next month will be safe for children or teachers.

‘The Government must now publish the scientific evidence it is relying on to claim that it will be safe for children to return to school.

‘The NASUWT is clear that there is no requirement or obligation currently on any school to reopen to more pupils from June 1.’