My little corner of rural England, near Bath, boasts an Old Vicarage, an Old Post Office, an Old Brew House and an Old School House.

In villages scattered through my address book, there are many more, from Berkshire to Shropshire: the Old Mill, Old Rectory, Old Police House, Old Coach House, Old Chapel.

They may no longer perform their original function, but they have at least made happy homes for families.

Here in Southstoke, we might so easily have had the Old Packhorse as well — but for a popular rebellion. It’s a tale that I believe holds a lesson for communities under threat everywhere.

Cheers: Southstoke folk at the Packhorse pub they’ve saved. On Sunday, it reopened six years after it served its last pint 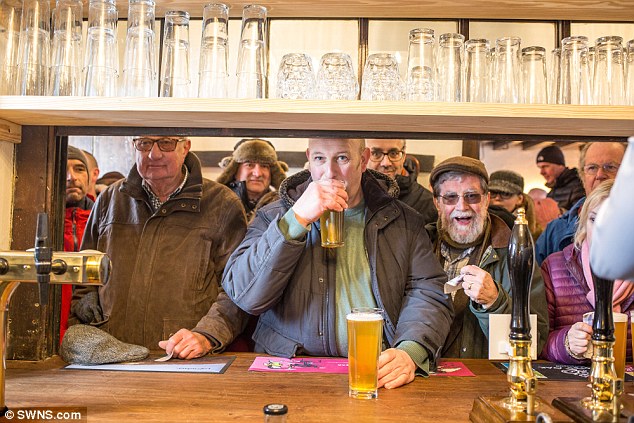 These punters enjoyed a pint at the Packhorse, near Bath, when it reopened its doors after being bought back by locals – for £1,025,000

The Packhorse was my local, and as the Mail reported this week, it is so once again, after a long campaign that roused all the village to activism.

On Sunday it reopened six years after it served its last pint, and despite the bitter cold and snow, I joined a queue of eager quaffers spilling out of the door.

Inside, in the crowded bar, four cask ales were on tap. The Packhorse is not tied to any brewery, so new landord James Dixon is able to stock his cellar with only the best beer.

The first pint was poured by 87-year-old Brian Perkins who was born at the pub when his gran was the landlady.

Our celebration marked the climax of a battle that began when the Grade II-listed building was sold by owners Punch Taverns in 2012 to a property developer who wanted to convert it into a family home with ground-floor offices.

What a travesty that would have been! The Packhorse first opened its doors in 1498. On either side of the bar are two rooms with huge open fires, and what an estate agent would call a wealth of ‘period detail’. 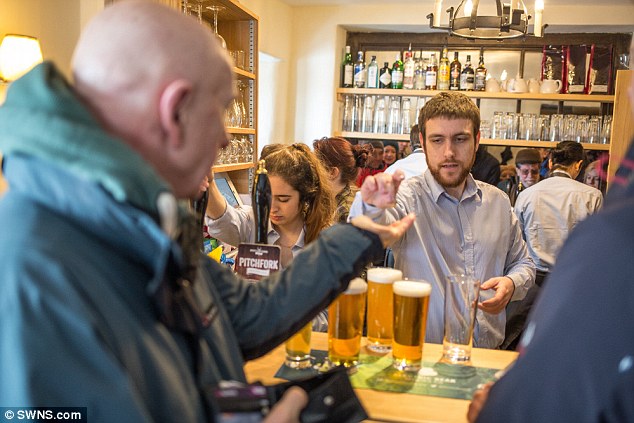 In February 2013, under the 2011 Localism Act, Bath and North East Somerset council listed the pub as an ‘asset of community value’ — which meant that if the owner decided to sell up, the village would have six months’ grace to table a purchase bid

Across rural England, 18 splendid village pubs just like the Packhorse are closing each week, according to the Campaign For Real Ale (Camra).

It is an epidemic, a social version of Dutch elm disease, and a true sorrow, since every shuttered pub is a deprivation for that village and community.

There are several reasons for this. The smoking ban didn’t help, although I can’t say I regret it. The fierce campaign against drink-driving is also a factor. A humble toiler who wants to wet his whistle after a day’s graft is understandably worried about drinking more than half a pint before driving home.

The deeper truth is that the big chains have shown little enthusiasm for keeping open the pubs they own. Why would they when selling cheap lager in supermarkets, or in urban megabars, is more profitable, and the demand for such properties to ‘redevelop’ so great?

We tend to accept such setbacks to rural life. This is one village, though, where the people refused to take it lying down when their pub closed.

Mercifully, the original scheme to convert the pub was held up by planning delays and our vigorous campaign to ‘Save The Packhorse’. It worked! In February 2013, under the 2011 Localism Act, Bath and North East Somerset council listed the pub as an ‘asset of community value’ — which meant that if the owner decided to sell up, the village would have six months’ grace to table a purchase bid. 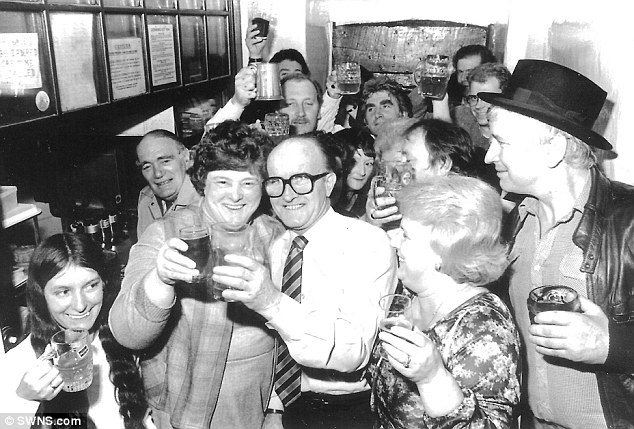 The developer was willing to sell, but not at a price the village could afford. Then another planning application was filed, this time to convert the building entirely for residential accommodation.

Happily, this too floundered, although years of wrangling followed, during which time the owner would have sold the Packhorse if he’d found a buyer. A nerve-racking time, yes, but it gave us — all 470 inhabitants of Southstoke — an opportunity to form a resistance movement.

We looked hard at the law, put in physical toil to preserve the empty pub and stop its garden being reclaimed by the wilderness, and slogged away to raise funds.

After 18 long months of negotiation, we finally settled on a price to buy the pub in 2016 — only to find ourselves £500,000 short of the £1 million required, with just 100 days to find the cash. But find it we did: £1,025,000 to be exact, with villagers investing as little as £500 apiece in shares — though some dug far deeper than that into their generous pockets — so the pub could be an asset truly owned by its community.

Now more legislation came into play: under the 2014 Co-Operative And Community Benefits Act, The Pack Horse South Stoke Ltd became a registered society, able to conduct business for the ‘benefit of the community’ — and pay a new landlord — without being a charity. We are, in the official jargon, what is known as a ‘bencom’.

We owned the pub but there was still much to be done. Around 1,000 hours were devoted by volunteers and more than two dozen skip-loads of debris were carted off as the interior was strengthened and a fireplace refurbished.

In the beams, a 16th-century priesthole was discovered, built to hide Catholic clergy during Tudor persecution. Through all the restoration, the integrity of the building remained intact: they built them to last back then. Maybe Southstoke isn’t a typical country village. It’s not in the depths of Devon or Northumberland, far from a town or anywhere else, but just south of Bath.

Then again, the late, great historian of art and architecture, Sir Nikolaus Pevsner, was delighted by Southstoke. As he said in his Buildings Of England series, it’s rare to find a genuine village like this less than three miles from a mainline station.

What’s more typical is that Southstoke and the villages surrounding Bath have few residents nowadays engaged in agriculture.

Across the countryside, the sound more likely to be heard than whetstone on scythe is the tap of laptop keys.

Take Dom and Roz Moorhouse and their children who moved here a few years ago.

He was a Royal Marines officer before running a management consultancy; she’s an art teacher who created the grand ‘thermometer’ placard which measured our fund-raising progress. (Come to think of it, this story might be called One Billboard Outside Southstoke.)

Another of the resistance group was a barrister who proved to be our secret weapon — a legal brain who understood the maze of red tape better than the council officials.

There was also no shortage of accountants and suchlike who either lived in the village or were known by people who did, who helped at ‘mates’ rates’.

Such skills and know-how made us a force to be reckoned with. But the turning point came when the Localism Act was invoked. It provides ongoing protection: there can be no change of use while the community is making its own go of running the Packhorse.

For years politicians have intoned the words ‘community’ and ‘localism’, without always showing they mean much.

Here’s a case where the good people of Middle England have proved those words can have real meaning. ‘Community’ and ‘localism’ are not mere empty rhetoric.

Our pub was the first building to be designated an ‘asset of community value’ by Bath and North East Somerset council.

Now more than 1,600 pubs are protected under the 2011 Localism Act, with several dozen being kept open by village co-operatives, according to Camra.

In the reborn Packhorse this weekend, we’ll raise a glass and drink to the survival of pubs all over the country — which have nurtured lovers, laughter and comradeship for hundreds of years and hope to do so for many more.