A wealthy Canadian developer shouted ‘run, baby, run’ to his beauty queen wife when he realized their lives were in grave danger in 2005.

Little did he know that she was the one who had ordered his death and used $3m of his money to pay a hit man to stab him death.

Now the former Puerto Rican pageant winner- and mother-of-three faces the rest of her life behind bars for orchestrating his cold-blooded murder 13 years ago.

Aurea Vazquez-Rijos, who in 1997 was a finalist for Miss Puerto Rico Petite, was found guilty Wednesday in a federal court in San Juan, Puerto Rico, for hiring a hit man to assassinate Abe Anhang outside a restaurant on September 22, 2005.

The jury, comprised of seven men and five women, also found her sister, Marcia Vazquez-Rijos, and an ex-boyfriend of hers, Jose Ferrer-Sosa, guilty in the case.

Aurea Vazquez Rijos (right), who was accused in 2008 for the murder of her husband, Canadian Adam Anhang (left) in 2005, was found guilty on Wednesday 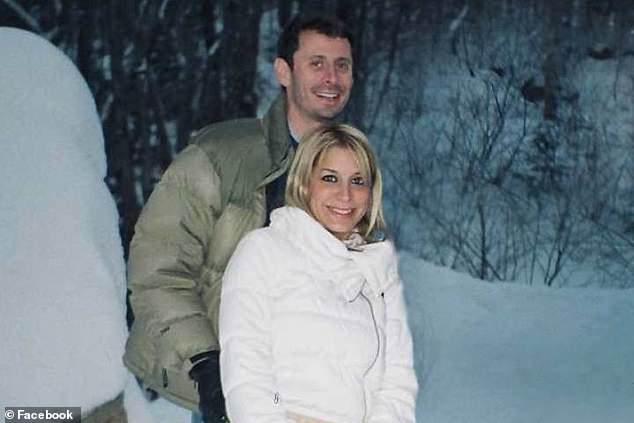 Canadian businessman Adam Anhang, pictured with his wife Aurea Vazquez-Rijos, was assassinated in 2005 after the couple met at a San Juan restaurant to discuss their divorce 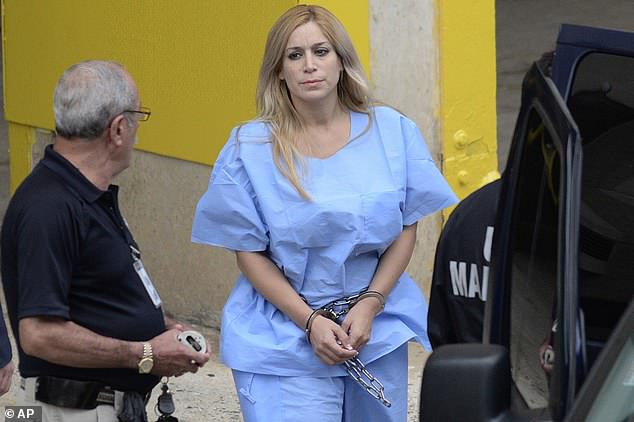 Former beauty queen, Aurea Vazquez-Rijos, was found guilty of plotting the death of her rich Canadian husband, Adam Anhang, more than a decade ago

The Canadian developer and his stunning wife split up just six months after getting married. Up until this point, generous Anhang showered Vazquez-Rijos with lavish gifts including a car, an apartment and a business in Old San Juan called ‘The Pink Skirt.’

The couple agreed to sign a prenup just before the wedding,with Anhang’s value estimated at more than $24million and Vazquez’s at nearly $62,300. If Anhang died, it was agreed his wife would receive $8million.

According to the U.S. Attorney’s Office in the District of Puerto Rico, Aurea Vazquez-Rijos along with her sister and and sister’s boyfriend had a meeting with hit man Alex Pabon-Colon a day before Anhang’s murder. 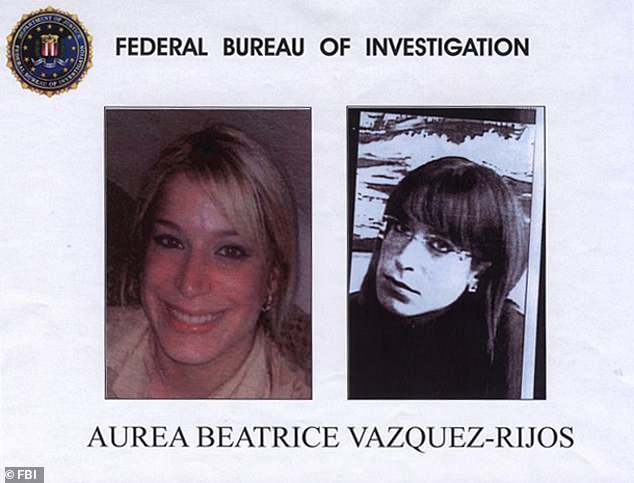 In 2013, Spanish law enforcement agents acted on the FBI’s wanted notice of fugitive beauty queen Aurea Vazquez-Rijos (pictured above) and arrested her as she got off a plane in Madrid 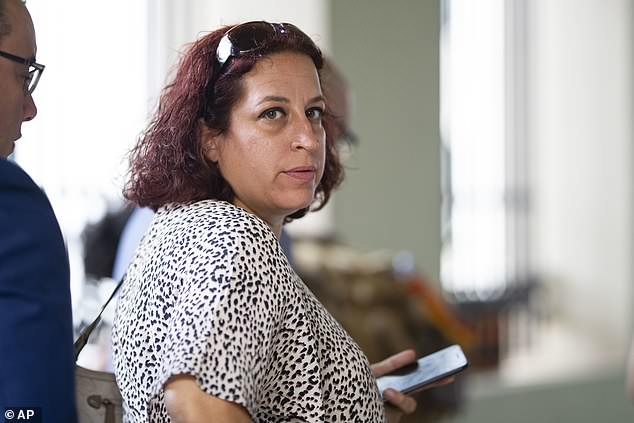 Marcia Vazquez-Rios was also found guilty for her involvement in the 2005 assassination of Adam Anhang, her sister’s millionaire husband. She could spend life in prison 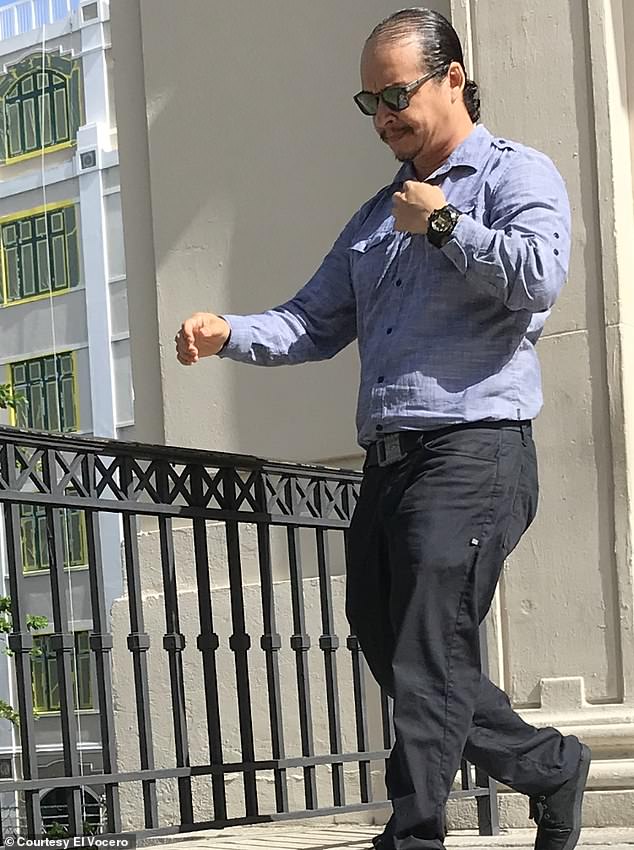 The trio offered him $3million to kill Anhang.

Aurea Vazquez-Rijos then set a trap for her husband, arranging to meet him at a restaurant located in the vibrant, historical Old San Juan neighborhood.

After the married couple had finished their meal at the restaurant called Dragonfly, Aurea Vazquez-Rijos accompanied Anhang to a nearby parking garage before Pabon-Colon repeatedly stabbed and bashed the victim’s head with a cobblestone at the corner of San Justo and Luna streets.

Anhang tried in vain to fight off the hired assailant.

On October 12, 2005, Jonathan Roman-Rivera was arrested at the Pink Skirt Club after a witness picked him out. 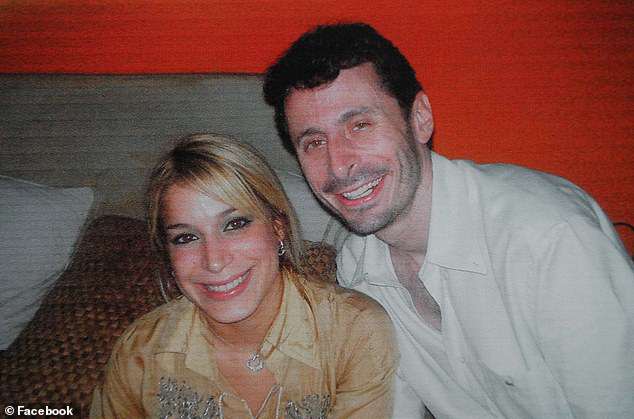 Aurea Vasque- Rijos is pictured with Adam Joel Anhang, who was her husband of six months before she allegedly conspired to murder him

He was found guilty on or about October 2007, and sentenced to 105 years in prison.

However, another witness later came forward and pointed out Pabon-Colon as Anhang’s real killer.

In June 2008, Roman-Rivera was released from prison and Pabon-Colon was arrested and confessed to investigators. On June 4, 2008, a Federal Grand Jury in the District of Puerto Rico indicted Aurea Vazquez-Rijos and Pabon-Colon, who pleaded guilty on June 13, 2008. 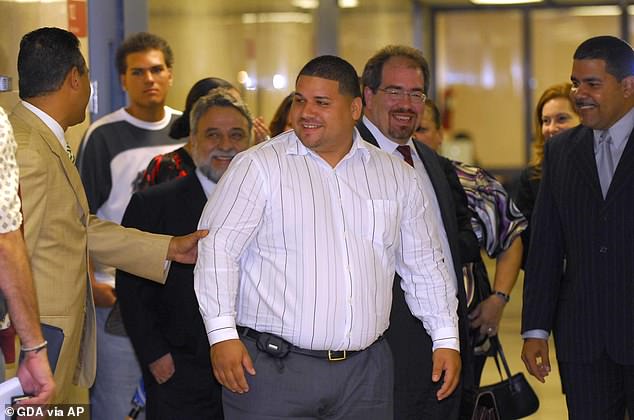 Jonathan Roman-Rivera spent eight months in jail for the murder of Canadian millionaire Adam Anhang, a crime he did not commit 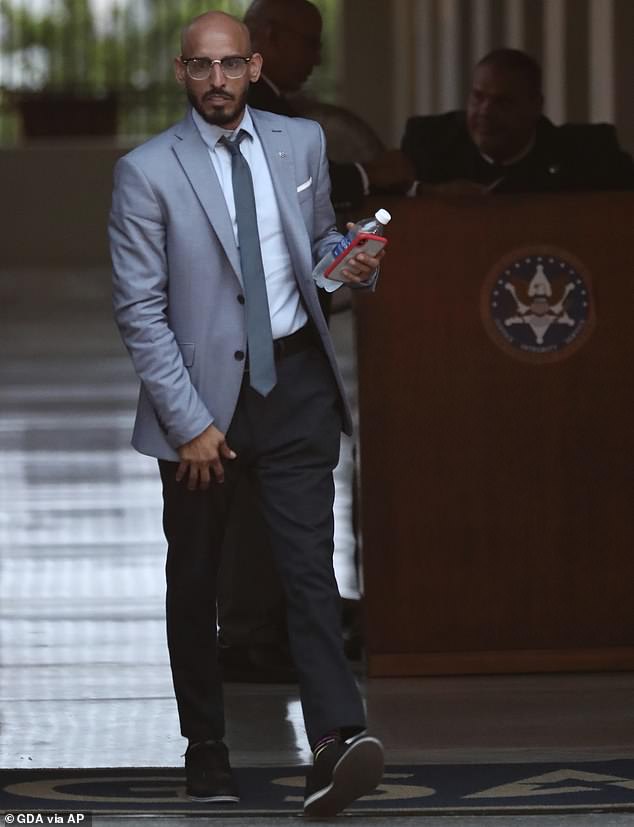 Jose Ferrer-Sosa also participated in setting up the 2005 murder of  Adam Anhang, a Canadian businessman who was married to his girlfriend’s sister. He was found guilty Wednesday 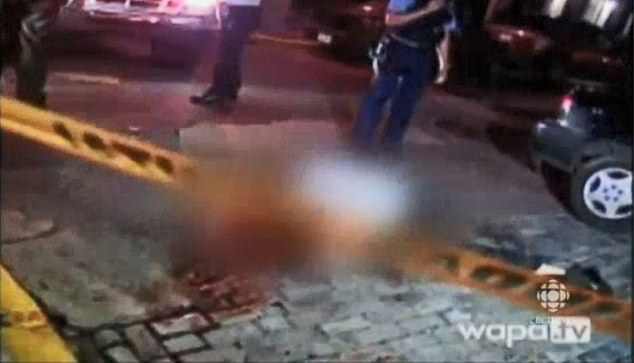 Police in San Juan, Puerto Rico, survey the 2005 murder scene were Adam Anhang, a Canadian businessman, lay dead after he was brutally assassinated

Aurea Vazquez-Rijos did not comply with the investigation into her husband’s death, instead she filed a $1million civil lawsuit seeking damages against Anhang’s family, as well as millions more from his estate.

Charged by a United States grand jury for her millionaire husband’s death, Aurea Vazquez-Rijos fled to Italy in 2008, where she sought residency that would have protected her because Italy does not extradite suspects who face the death penalty.

Her relationship with an air-conditioner contractor in Florence resulted in the August 18, 2008 birth of her now 10-year-old twin girls.

She would lose custody of her twin daughters once their father and his family got news that she was wanted to the murder of her husband.

In 2013, Aurea Vazquez-Rijos flew to Madrid where she was arrested by Spanish law enforcement agents.

As part of the extradition process, a spokesperson with the U.S. Attorney’s Office in the District of Puerto Rico told the DailyMail.com that the Spanish government agreed to turn the Puerto Rican beauty queen on the condition that she wouldn’t be subjected to the death penalty.

Prosecutors solidified their case based on the key testimony of Dereck Osterman-Kim, Pabon-Colon’s best friend, who tearfully said in court that his buddy called in for a favor, asking him to pick him up before he confessed to the murder.

‘He told me he had killed a person. I kept driving around. It is not easy because it caught me by surprise. He told me he was going to be rich,’ Osterman-Kim said in court during a September 13 hearing, according to a statement published by El Vocero de Puerto Rico.

‘He wanted to make sure that person would be dead … He wanted me to see what happened on San Justo street.’

After a two year wait, Aurea Vazquez-Rijos was handed over.

Her co-conspirators could also spend life in prison.