Horn dogs! Impatient pugs blare their owner’s car horn after he takes too long to pay for fuel in Thailand

This is the hilarious moment an impatient pet dog started beeping a car horn after the owner took too long paying for petrol.

The adorable pet pugs – both wearing matching t-shirts – were left inside the blue car in Nonthaburi, central Thailand.

When the driver took too long to return, one of the dogs scampered onto the driver’s seat and began repeatedly honking the horn with his paws.

Fellow motorist Channarong Mahun was filling up his own car when he saw two dogs beside him.

Channarong revealed that the owner had been gone from the car for more than two minutes when the dogs started beeping.

The pair even switch positions appearing to take turns at honking the horn, desperate for their owner’s attention.

The first pug bounces on the horn with glee, as he pesters his owner who is inside a nearby petrol station 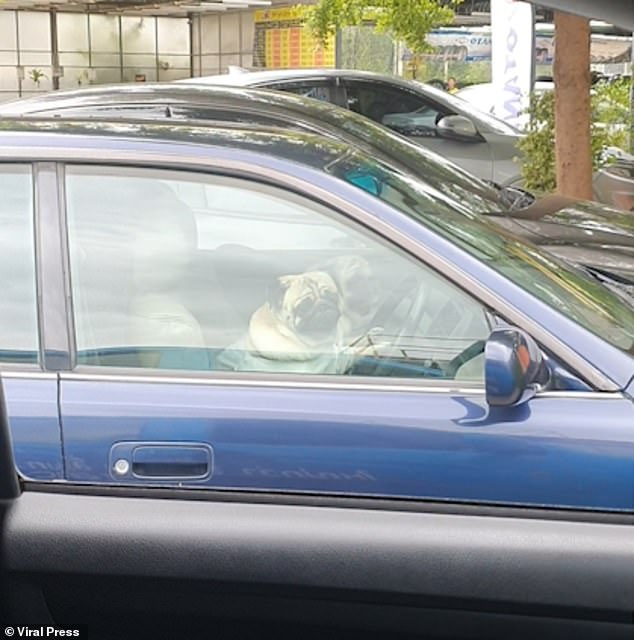 He said: ‘I saw the owner go inside the kiosk to pay for the gas. Then he headed back out and went to the toilet. ”

‘The dogs must have been very impatient.’

‘He had been gone for about two or three minutes and when they saw he wasn’t coming back quickly and one of them starting pushing the horn.”