A former ice addict and gangster with the words ‘notorious’ inked across his face has been sentenced to six months supervision after bashing his girlfriend.

Poutawa (Puk) Kireka, 32, struck his partner so hard in the face she fell onto the ground and broke her nose in Hastings, New Zealand in October last year.

The former Mongrel Mob bikie gang member who was mocked by rapper 50 Cent for his face tattoo had been arguing with his partner before the assault and was later arrested by police.

Poutawa (Puk) Kireka, 32, struck his partner so hard in the face she fell onto the ground and broke her nose in Hastings, New Zealand in October last year

His partner had walked away from him after they started arguing before Kireka caught up to her and assaulted her.

Kireka pleaded guilty to a charge of assault last December and appeared at Hastings District Court for sentencing on Wednesday.

Judge Bridget Mackintosh acknowledge that in the wake of the assault, the couple were working to get through their issues.

‘Both of you have been working hard to put it into perspective and put it behind you,’ she said, Stuff reported.

Kireka made headlines last year after starting his own fundraising page asking strangers to donate to his studies so he could land a job.

He was later hired to work as a personal trainer in a gym while he continues to study at university. 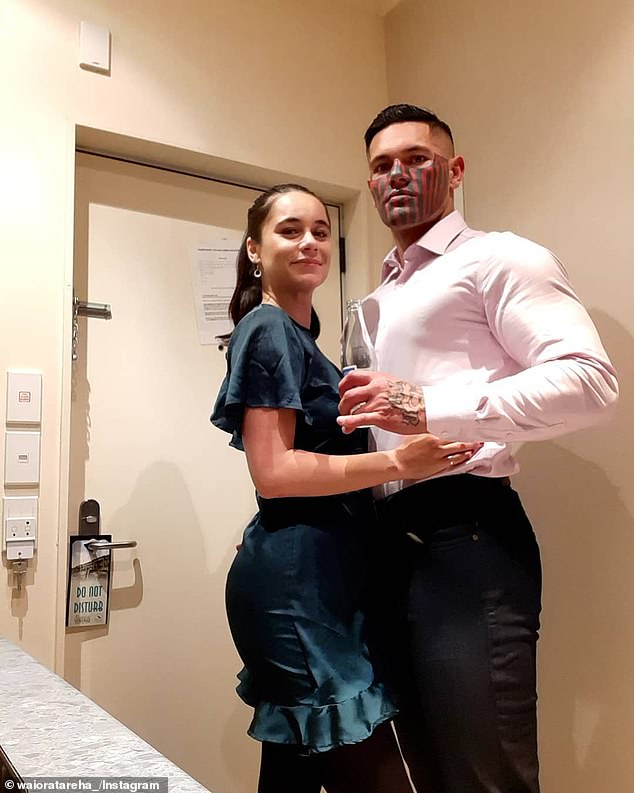 American rapper 50 Cent weighed in on Kireka’s tattoo on Instagram in June, and said: ‘What the f*** is really going on man. I wonder why he can’t get a job.’

Kireka fired back at the rapper’s comments inviting him to come to New Zealand for a ‘chat’.

‘Someone like him to be mentioning me in his statuses, I feel privileged a little bit’, Kireka said in video footage.

‘But at the end of the day, if you’ve got something to say, come over.’

On Wednesday, Judge Mackintosh said Kireka was distancing himself from his former gangster lifestyle.

‘Your employer speaks very highly of you – you’re working through EIT [Eastern Institute of Technology] to get a good qualification and whist you still have an affiliation through the Mongrel Mob, you are slowly, but surely distancing yourself from that life style – a deep involvement with the Mongrel Mob doesn’t lead to good outcomes,’ she said.

Kireka was also asked to attend a domestic violence program and a drug and alcohol program. 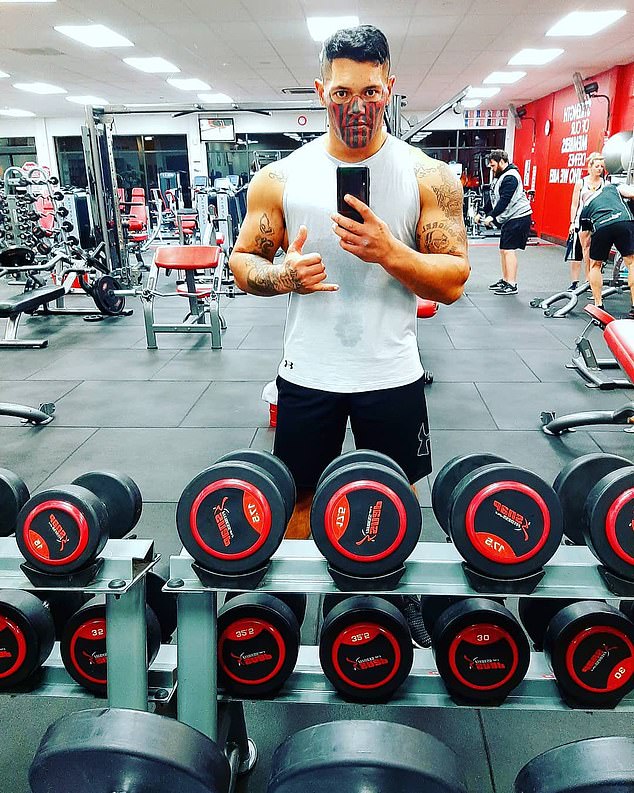