The widow to Pulse nightclub shooter Omar Mateen testified in court early Wednesday where she turned away as video rolled showing survivors hide out during the June 2016 attack that killed 49 innocent people in Orlando.

Noor Salman, 31, is accused of helping her husband carry out the mass shooting and lying to law enforcement afterward, Assistant US Attorney Jeff Mandolfo said.

A handful of Pulse nightclub shooting survivors appeared in court to share their harrowing stories.

Victim Bobby Rodriguez explained her daunting memory of hiding out in the bathroom while shots were fired that night.

Rodriguez said she hopped up onto the toilet to hide her feet as she feared her life would end soon.

‘The noise of the gunshots was only matched by the moans and screams from the victims… One man who was badly injured rushed into the bathroom and crawled under her stall,’ she said in court, according to the Orlando Sentinel.

When she saw the injured man, Rodriguez said she placed his body on top of her and ‘played dead’. 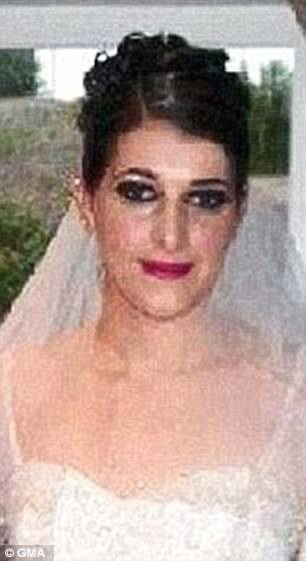 Noor Salman, the widow of Pulse nightclub gunman Omar Mateen, looked away and covered her eyes in court Wednesday while video played showing the victims during the June 2016 shooting 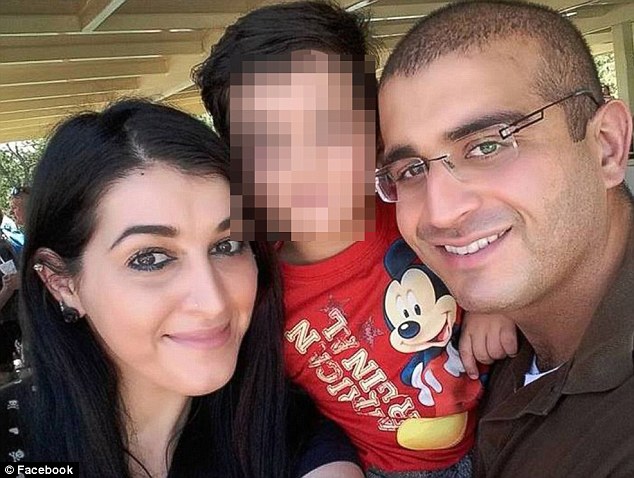 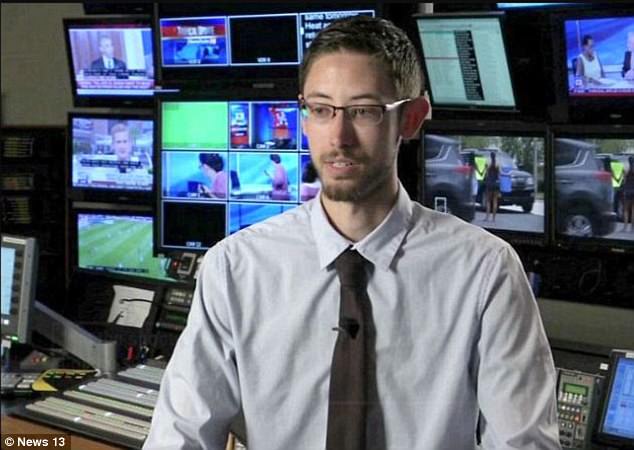 Matthew Gentili, of News 13 said the station, received a chilling call at 2:45am that night from the shooter while he was covering the horrific attack

Survivor Nelson Rodriguez said he ‘felt so little’ as he recalled fleeing the club through the east patio. He described the guilt he felt the moment he heard gunshots and was forced to leave others behind.

Matthew Gentili, who works at Spectrum News 13, also recalled receiving a chilling call from the shooter the night of the shooting: ‘Do you know about the shooting? I did it for ISIS,’ Gentili recalled Mateen telling him.

In video recorded by survivor Orlando Torres, who was with Bobby Rodriguez while she hid out in the bathroom as shots were fired, Salman reportedly covered her eyes, the local newspaper reports.

The Wednesday morning trial began with prosecutors claiming Salman knew what Mateen had been planning all along.

Claiming that Salman has already admitted as much to authorities, Mandolfo told the story of Pulse survivor, Jeff Rodriguez – who survived by hiding in a bathroom despite suffering multiple gunshot wounds.

Mandolfo said that Rodriguez and the other victims had no idea that an attack would be carried out that night and said, ‘Only two knew, Omar Mateen and the defendant’. 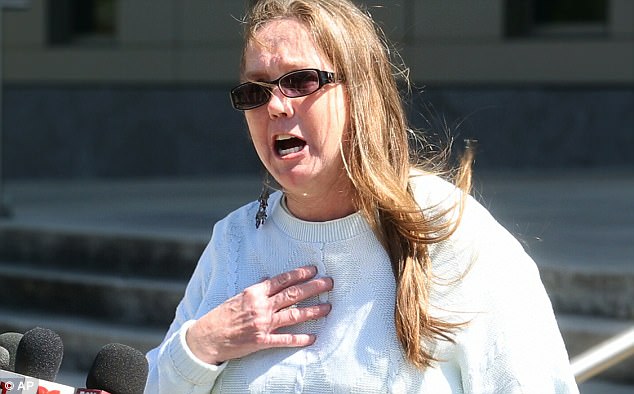 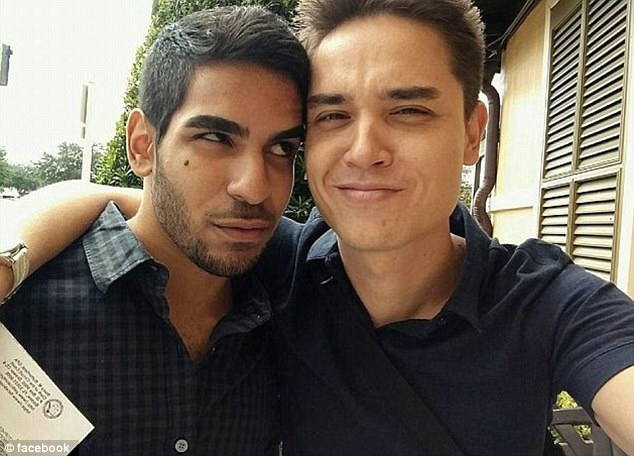 Christopher Leinonen (R) with his boyfriend Juan Guerrero, 22, who was also killed in the massacre 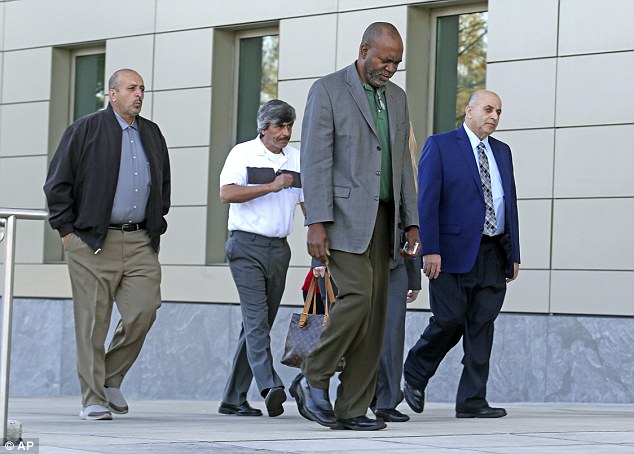 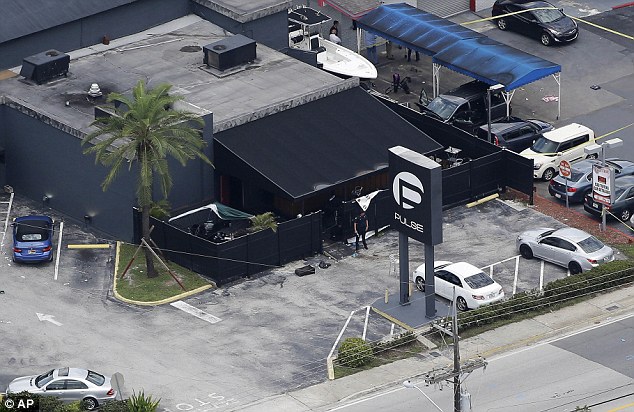 If Salman, 31, found guilty of aiding and abetting Mateen in his attack on the Pulse nightclub (pictured), as well as obstructing a federal investigation, she could face life in prison 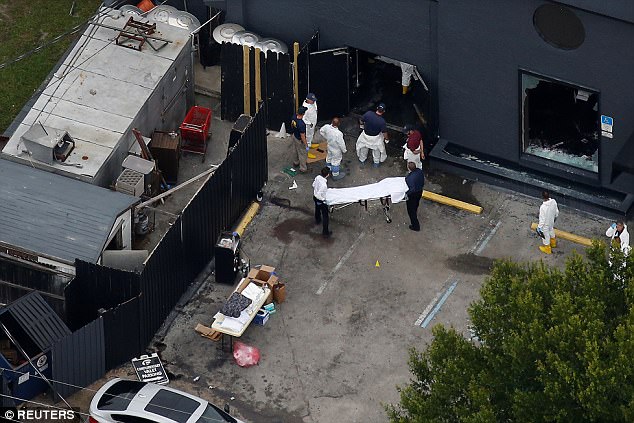 Continuing, Mandolfo told the jurors that Salman admitted to the FBI that she regretted not doing more and told the court that she said, ‘I’m sorry for what happened. I wish I would’ve told.’

Salman has pleaded not guilty.

The case will hinge on whether Noor Salman knew that her late husband Mateen was planning the June 2016 attack at Pulse nightclub.

If she found guilty of aiding and abetting Mateen, as well as obstructing a federal investigation, she could face life in prison.

Salman was at home with the couple’s then-three-year-old son during the shooting rampage, which ended with Mateen’s death in an exchange of gunfire with police. 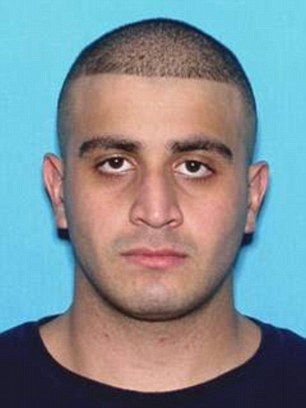 Salman first claimed Mateen (pictured) acted without her knowledge. Later she acknowledged that she knew Mateen had bought an assault rifle and was watching ISIS recruitment videos

But prosecutors say she knew of her husband’s plans and did nothing to stop him.

The trial, which is expected to last for a month, will take place at the Orlando courthouse where protesters have been gathering during jury selection to call for a guilty verdict.

Inside the courtroom, the owner of the Pulse nightclub, Barbara Poma, has been present for some of the initial proceedings.

Salman initially told investigators that her husband acted without her knowledge.

However, she later acknowledged being aware that her husband was watching Islamic State recruitment videos, had purchased an assault rifle and examined three possible attack locations, according to prosecutors.

Salman’s attorneys contend the US government could not show any direct links between Mateen and Islamic State before the attack and has provided no evidence that Salman aided her husband.

In court papers filed on Tuesday, defense lawyers asked that prosecutors not be allowed to tell jurors during opening statements that the shooting rampage was intended as an attack on the gay community or that Salman took part in her husband’s gun and ammunition purchases. 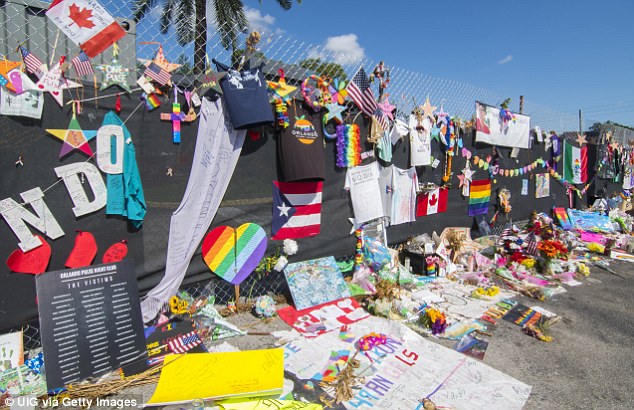 Defense lawyers asked that prosecutors not be allowed to tell jurors during opening statements that the shooting rampage was intended as an attack on the gay community (Pictured, a memorial following the Pulse nigthclub shooting) 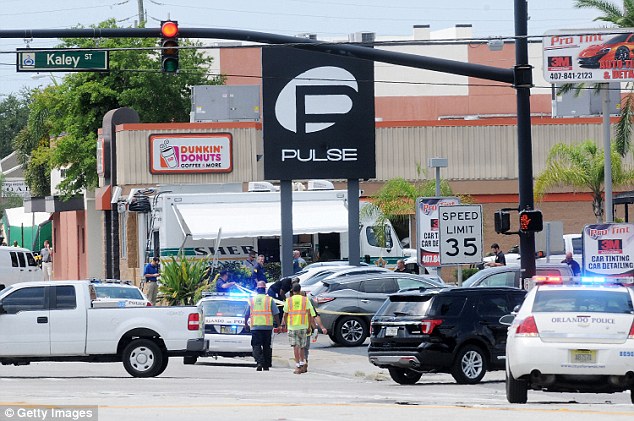 Salman was indicted on two charges: obstruction of justice for alleged false statements to federal investigators, and aiding and abetting Mateen in his attempt to provide material support to a terrorist organization

‘It was Mateen, not Noor, who decided to attack the Pulse Night Club, Mateen who chose to drive to the club, Mateen who purchased the weapon and ammunition, and Mateen who alone carried out the attack,’ the defense said in court filings.

Salman was indicted on two charges: obstruction of justice for alleged false statements to federal investigators, and aiding and abetting Mateen in his attempt to provide material support to a terrorist organization.

Mateen, 29, opened fire shortly after the last call for drinks on the club’s popular Latin night.

Holding hostages during his standoff with police, he claimed allegiance to a leader of the Islamic State militant group before being fatally shot.