CCTV has recorded rival gangs in Bradford breaking lockdown rules and fighting outside a shisha bar.

The footage recorded on May 14 around 11pm was filmed outside Vogue Lounge in Bradford, West Yorkshire.

A woman trying to break up the fight has a punch thrown her way but it is unclear whether it connected. 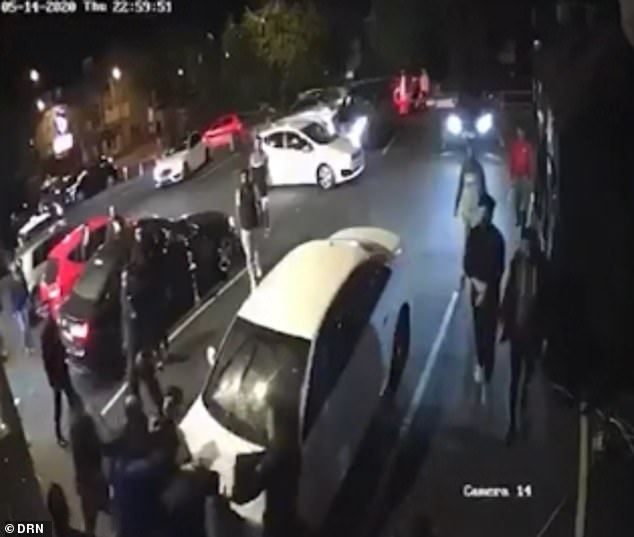 The gangs fight around the front end of a parked car. Two rival gang members knock off one of the wing mirrors during their brawl

At the beginning of the video a white car surrounded by a gang enters a car park and heads towards the rival gang.

Both gangs square up to each other before two men tussle and push each other past a parked car, knocking its wing mirror off.

A woman and a man in a high visibility jacket run over to try and break up the fight but get caught up in the brawl.

The man in the high visibility jacket is pinned against the bonnet of the car by some of the gang members.

The two gangs separate slightly after the fighters are separated only for another gang member to throw a punch at the woman. 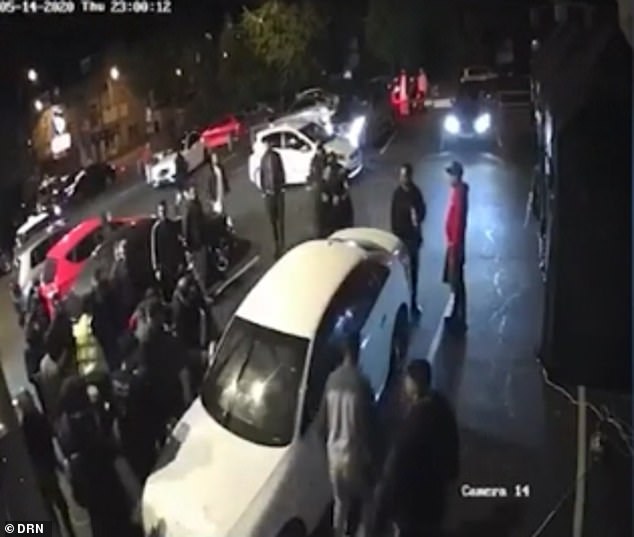 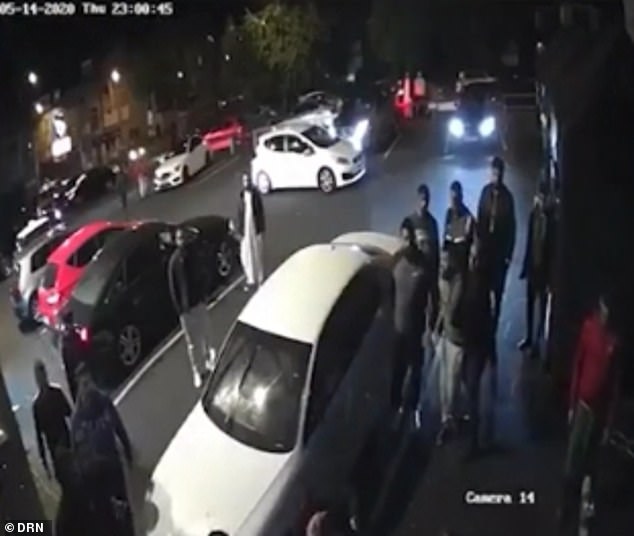 The two gangs cool off before a man throws a punch at the woman who tried to break up the fight. It is unclear whether the punch connected with her

The gang member is quickly swarmed and the woman tries to break the fight up again but another man rushes into her and knocks her over.

The CCTV footage was shared anonymously on social media and people were appalled.

One person commented: ‘Feel sorry for the girl they hit. All she was doing was stopping the fight.’

Another wrote: ‘No shame and no respect.’