Eton College has been accused of ‘spreading coronavirus around the country’ after sending an entire year of students home following an outbreak.

All of the prestigious boarding school’s Lower Sixth – Year 12 – have been told to isolate at their home after a ‘significant’ number of pupils tested positive for Covid-19, according to reports.

Parents whose children attend the £42,000-a-year boarding school, near Windsor, Berkshire, are understood to be ‘furious’ at the decision, reports The Telegraph.

It follows an earlier outbreak at the college last month when bosses confirmed several of their 1,300 students were found to have Covid-19 on their return from the summer holidays.

On that occasion, students were told to isolate.

But Eton chiefs told The Telegraph that, ‘given the number’ of students involved on this occasion, the medical advice from Public Health England was that the students ‘could not safely isolate’ at the school.

All of the prestigious boarding school’s (pictured: library image) Lower Sixth – Year 12 – have been told to isolate at their home after a ‘significant’ number of pupils tested positive for Covid-19, according to reports

Bosses at the prestigious boarding school also told the paper that it had paid to set up its own track and trace and testing system in order to take pressure off the NHS.

However some parents are said to be angered by the decision. A source told The Telegraph: ‘The children who live abroad are being farmed out to the families of fellow pupils.

‘They [the parents] don’t mind the extra children at all, but they do object to the spreading of the virus round the country when it could be contained in the school.’

Current Government advice is that boarding schools are advised to consult parents on the decision on whether to send children home to isolate.

This is in contrast to universities, who are being asked to contain outbreaks where possible, by keeping students on campus.

The latest outbreak at Eton comes following an outbreak last month, when ‘a few’ students tested positive for the disease on their return from the summer holidays. 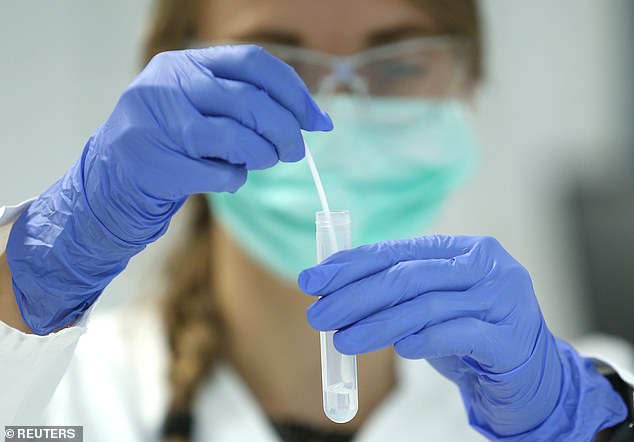 Final year students were the last to return to the college in Berkshire and pupils were tested privately for the virus on arrival.

Eton confirmed several of their students were found to have Covid-19 and those with positive tests were placed in isolation.

The college would not confirm which houses were involved but at the time said parents had been informed of the outbreak.

The £42,000-a-year school was founded in 1441 and has many notable alumni including Prince William, Prince Harry and Prime Minister Boris Johnson.

It is also where former PM David Cameron was taught, alongside Bear Grylls and actors Tom Hiddleston and Hugh Laurie.

The Government advises that international students travelling to the UK to attend boarding school self-isolate for two weeks before going back to the classroom.