Pupils tell of final moments of boy, 11, who died ‘after falling from climbing frame at school

Heartbroken pupils reveal harrowing final moments of boy, 11, who died ‘after falling from climbing frame and hitting his head in school playground’

Friends of a schoolboy who died after apparently falling from a climbing frame in his school playground have told their parents about the tragic accident.

Police have said only that ‘a child was taken unwell’ but parents of other children at the school say he fell from a climbing frame during playtime and hit his head.

One mother told the Evening Standard that her son said to her: ‘Mummy I saw him and he fell and hit his head on the floor.

‘He lay there holding his head with his eyes open and when he tried to get up that’s when his eyes closed and he went to sleep.’

Another parent of a child at the school said that he understands the little boy’s younger sister has not been told of his death yet, as his parents are unsure how she will cope with the shock.

Pictures of the school’s playground show a line of swings, chains and wooden frames which children often tried to cross without touching the floor. The apparatus is cordoned off today as police investigate.

Hundreds of upset local residents have paid tribute to the little boy online. Friends of the family say they will offer their support. 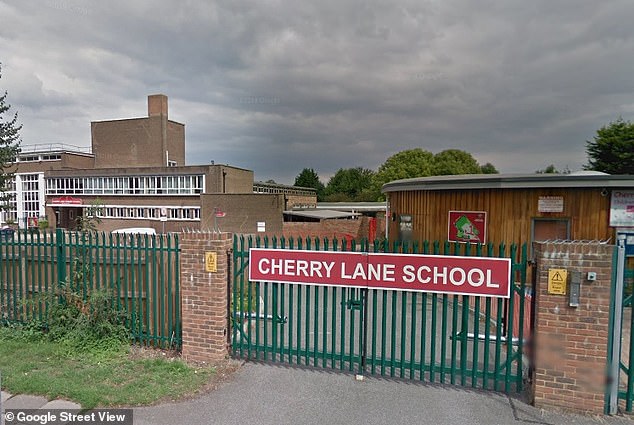 In a statement on the school’s website said: ‘Out of respect for the bereaved parents and their relatives, and following advice from the police, we have not made a statement following today’s tragedy.

‘Our priority is to support the emotional well-being of our pupils, following the events of today. There will be a letter uploaded to the website and sent home tomorrow.​’

A spokesman for the Metropolitan Police said: ‘Police were called at 11.50am on Wednesday, May 22 to a primary school in West Drayton following reports of a child taken unwell.

‘Officers and the London Ambulance Service attended. The 11-year-old boy was taken to a West London hospital where sadly he died at 1.33pm.

‘Next of kin have been informed. The death is currently being treated as unexplained, although at this early stage, it is not believed to be suspicious.

‘Officers are liaising with the school and local partners. Enquiries are ongoing.’