This is the heart-warming moment a group of policeman manage to pull a puppy from the wreckage of last week’s devastating earthquake in Mexico.

The 7.1 magnitude disaster has left over 300 people dead in Mexico City, with relief teams from around the world desperately trying to rescue those trapped in the rubble.

But this dog offered tired rescue workers a glimmer of hope yesterday when it was pulled from a flattened building in the city’s Colonia Del Valle district. 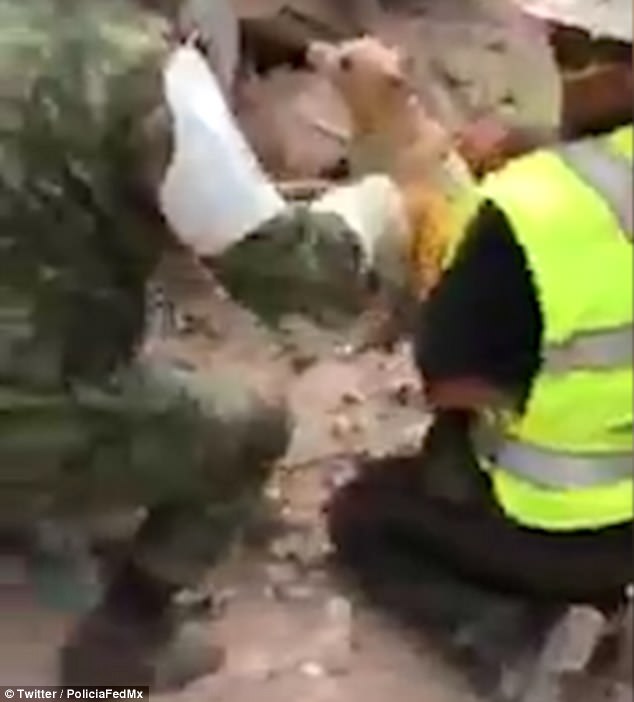 As they reach under the rubble, Camila the chihuahua (pictured) emerges and onlookers cheer in celebration 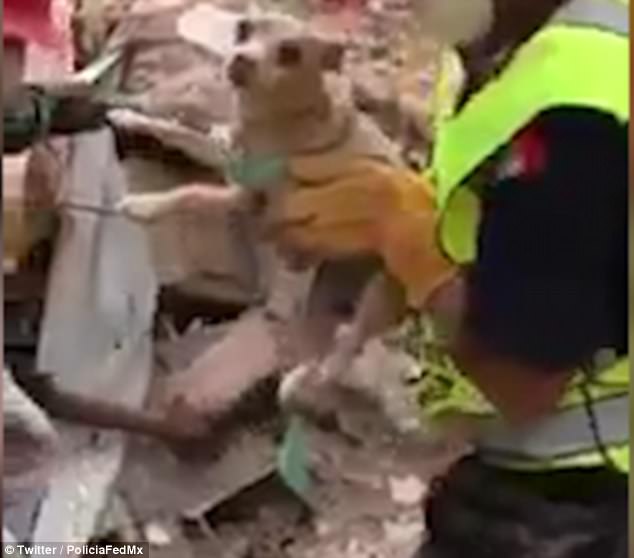 A video shows the men on their knees searching beneath the debris and onlookers shout ‘Make way! Make way!’ as one backs up with the young creature in his arms.

As the Chihuahua, now called ‘Camila’, emerges from the destroyed building bystanders cheer with happiness.

Commenting on Twitter, locals thanked the relief workers for their hard work, saying: ‘Thank you, this makes me so happy, thank you God!’ 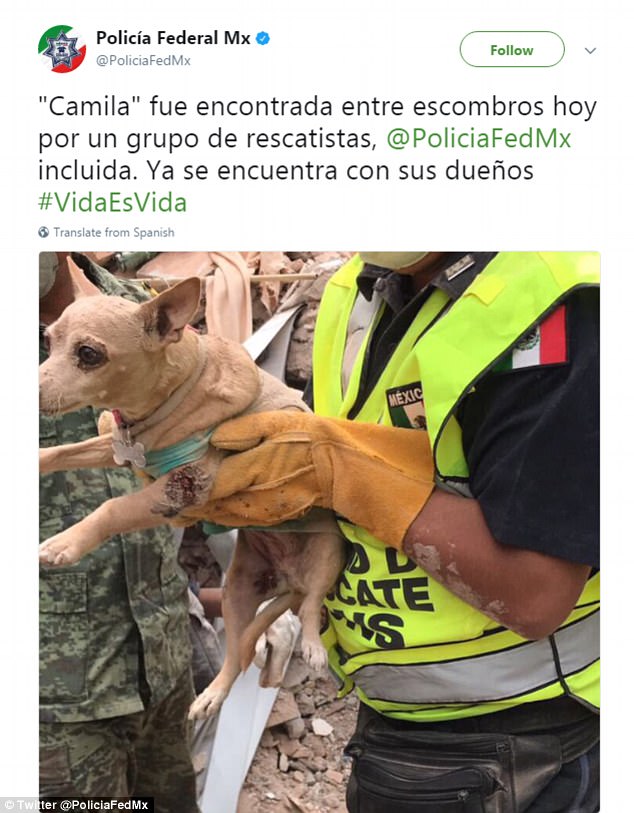 Residents of Mexico City responded with joy on social media, praising God and thanking the police and recovery workers for their efforts

Another said: ‘Thank you, we can do this, let’s go Mexico!’

Also posting on social media the Mexico City police force confirmed the tiny dog has been nursed back to health and reunited with its owners.

Two days ago Japanese humanitarian workers found a Schnauzer under another flattened building in the city.

The horrendous quake is believed to be the worst to hit Mexico in 32 years. 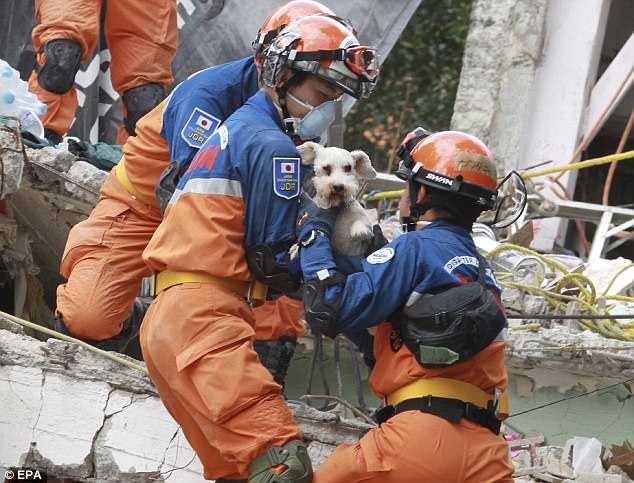 Japanese rescue workers reach a dog in a collapsed building where the search of victims continues, in Mexico City after the 7.1 magnitude earthquake hit last Tuesday 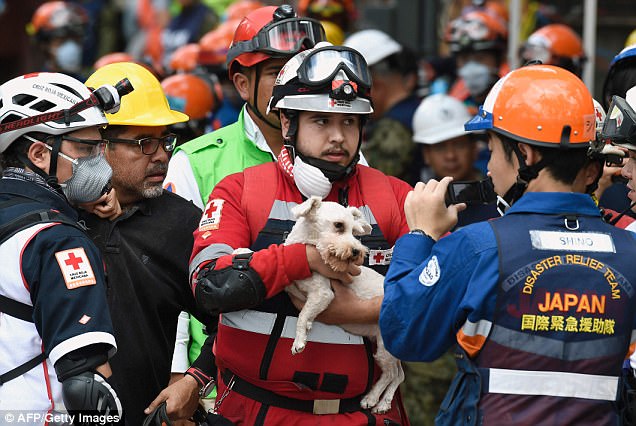