President Vladimir Putin has ordered snap military drills involving 150,000 troops along with hundreds of aircraft and naval vessels on the border of Ukraine.

Defence Minister Sergei Shoigu said the drill is intended to test the readiness of troops ahead of the Caucasus 2020 war games, due to take place in September.

The announcement came just hours after Ukraine’s Defence Minister Andriy Taran announced his country would be holding its own drills the same month, and encouraged NATO forces to join.

Taran has warned that Caucasus 2020 could be used as cover to invade Ukraine, where Russian-backed separatists have been fighting the government since 2014. 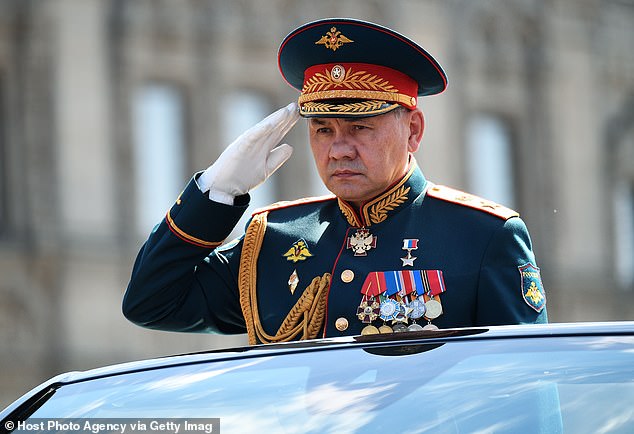 The snap drill was announced by Russian defence minister Sergei Shoigu, which he said will test the readiness of troops ahead of the Caucasus 2020 exercise, due in September

‘In accordance with the decision of the Commander-in-Chief of the Russian Armed Forces snap exercises are being conducted by troops of the Southern and Western military districts,’ Defence Minister Sergei Shoigu said.

The drills involve nearly 150,000 personnel including airborne troops and marine infantry of the Northern and Pacific Fleets, the defence ministry said.

The exercises also involve more than 400 aircraft and over 100 vessels and will be conducted in the Black and Caspian Seas, among other places.

The drills aim to test the Russian army’s readiness to ensure ‘security in Russia’s southwest where a serious threat of terrorism remains’ as well as prepare for the Caucasus-2020 war games, the defence ministry said.

It comes after Ukraine said it would conduct military exercises, which it hoped NATO partners would join, as an answer to planned Russian exercises in the Caucasus, and an insurance against any resulting escalation on its eastern borders.

Taran told the parliament the exercises would include anti-aircraft fire and would be held at the end of September in southern Ukraine.

Relations between Moscow and Kiev have been tense since 2014, when Russia annexed Crimea from Ukraine and backed a separatist insurgency in eastern Ukraine that remains active. 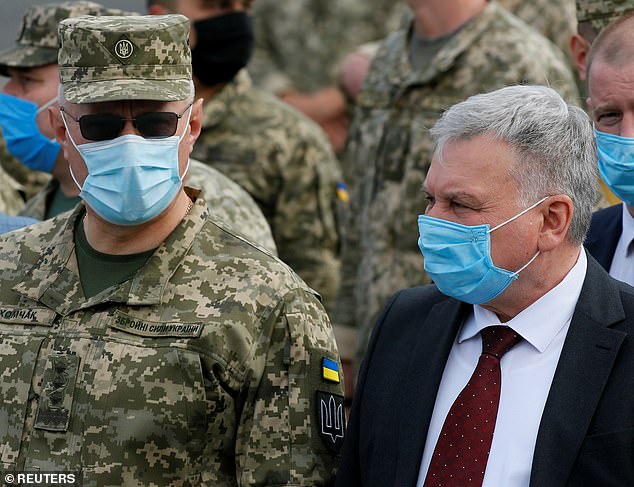 The news came hours after Ukraine’s defence minister Andriy Taran (right) announced his own drill, due in September. He has previously warned Russian exercises could be used as cover for an invasion

Clashes between Ukrainian troops and Russian-backed forces have killed more than 13,000 people since 2014, despite a ceasefire agreement struck in 2015.

‘This asymmetric response will show the readiness of the armed forces of Ukraine to give a worthy rebuff to any attempts by the Russian Federation to exacerbate the situation or start large-scale hostilities,’ Taran said.

Taran has previously warned that the Caucasus exercises and build-up of troops which they involved could simply be covering for an invasion of Ukraine.

Speaking to Interfax last month, he said: ‘A significant number of military experts and analysts share the opinion about the possibility of a military offensive.

‘NATO also understands how real it is to use Russia’s military potential against Ukraine, and its activation is possible in the very near future.

‘Therefore, we need to be mentally prepared for the fact that Russia he will not stop using the armed forces to achieve his political or economic goals.’

The move comes after Putin won a vote which allows him to rule until at least 2036, effectively making him ruler for life.

It also comes against the backdrop of Donald Trump signing off a deal to withdraw 9,500 US troops from Germany, where they serve as part of NATO forces.

Critics of the move say it will play into the hands of an emboldened Putin, for whom a strong NATO alliance represents a major counterbalance to Moscow’s power.