Vladimir Putin has ordered his government to organise an alternative competition for Russian athletes banned from the Winter Olympics over a doping scandal.

The Russian leader also told athletes who are due to compete in Pyeongchang next month, as independent competitors, that he was sorry officials had failed to protect them from the fallout.

The International Olympic Committee banned Russia from the 2018 Winter Olympics after a report on a vast, state-backed doping scheme in previous Games. 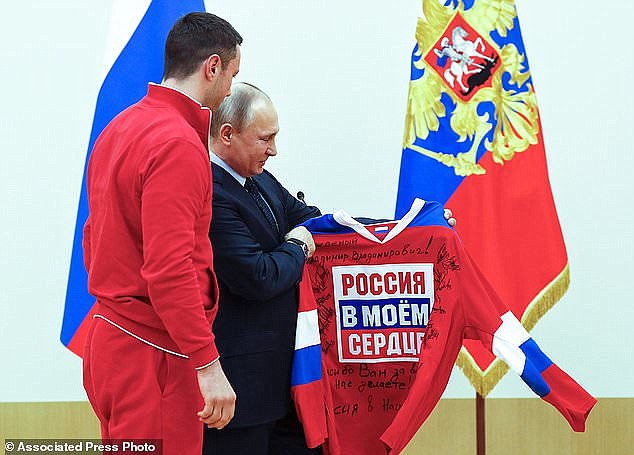 President Putin received a jersey with ‘Russia in my heart’ on the back from ice hockey player Ilya Kovalchuk, left. Russian will not be allowed to send an official team and competitors will be known as an ‘Olympic Athlete from Russia’ 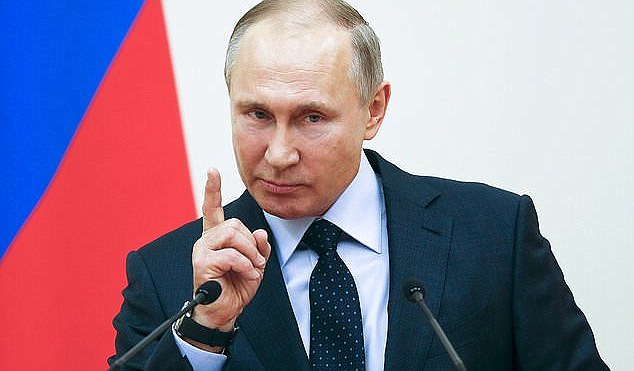 Only 169 of Russia’s athletes have been allowed to take part in the Games, under a neutral flag as an ‘Olympic Athlete from Russia’ and if they win, the Olympic anthem will be played.

Speaking to the athletes said during a reception at his residence outside Moscow, Putin reiterated his complaint that the ban against Russia was politically motivated.

‘Forgive us for not having been able to shield you from this,’ Putin, adding that the scandal had contributed to ‘very difficult conditions’ for athletes ahead of the Games.

‘You should focus on the result and on your victory. Nothing should distract you from this. I wish you luck,’ said Putin adding he wanted them to be ‘courageous’.

He said the exclusion of many Russian sports men and women over doping was ‘strange’, reiterating his pledge to support those who have been prevented from taking part. 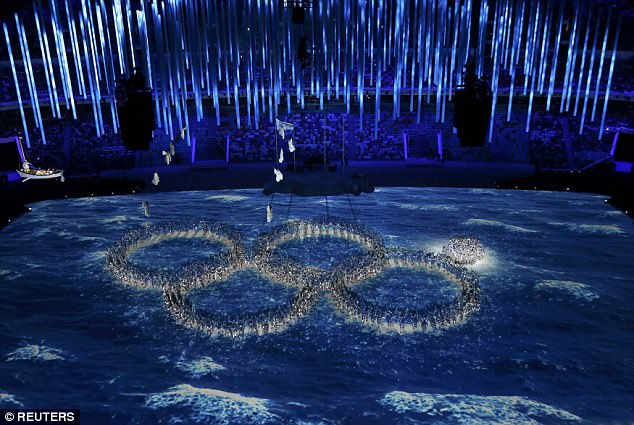 The venue Russia’s winter games is reported to be Sochi (pictured), where the 2014 games took place

At the same time Putin admitted Russian officials might have been guilty of ‘oversight, mistakes’ and a lack of proper attention to ‘things that are very important and key in modern sport.’

He said he hoped that international sporting organisations would not become annexes of ‘certain countries’, a thinly-veiled jab at the United States.

The athletes thanked Putin for his support, with hockey player Pavel Datsyuk presenting the Kremlin chief with a jersey featuring the slogan ‘Russia in my heart’ and players’ signatures.

Luger Roman Repilov for his part said the Russian athletes should emerge winners at Pyeongchang to show the world that ‘Russia is the greatest sporting nation.’

‘We should prove to them all that we are Russians, that we are strong, that those who are banning our teammates will not be able to break us,’ Repilov said.

‘We should pull ourselves together and go there and win.’

Snowborder Alena Zavarzina said the exclusion of other Russians was unfair.

‘I believe that what happened with our colleagues who cannot go to these Games is an egregious injustice,’ she said.

‘We will fight and do everything in our power to bring home the medals that we deserve.’

Pro-Kremlin newspaper Izvestiya reported this week that the alternative competition for banned athletes would take place in the Black Sea resort of Sochi which hosted the 2014 Winter Olympic Games.

As well as the immediate suspension, the IOC announced a raft of sanctions against senior officials implicated in the scandal, including Russia’s deputy prime minister Vitaly Mutko.

It has also fined the ROC 15 million US dollars (£11.16million) to reimburse the costs of the various investigations into Russia’s cheating and help set up the IOC’s new independent testing authority.