Russia has demonstrated its naval might by sinking a group of ‘enemy’ ships off its Pacific coastline.

A video just released by the country’s defence ministry highlighted an exercise in which there were eight separate strikes on target ships.

The defence ministry released a video showing eight separate strikes on ‘enemy’ ships, all of which hit their targets 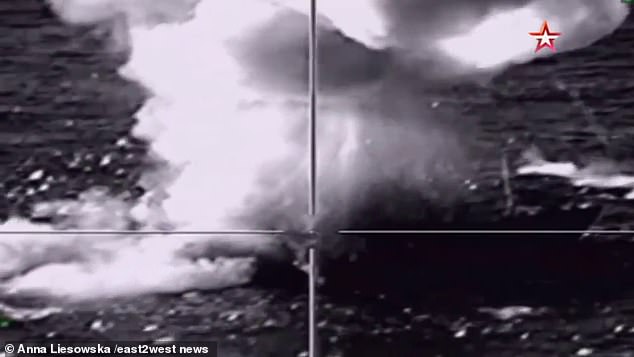 The missile is designed to destroy ships and displace up to 5,000 tonnes, say Russian naval sources

‘As part of the implementation of planned combat missions at the Pacific Fleet’s naval test range, Su-34 multifunctional fighter-bombers carried out practical launches of the newest guided anti-ship missiles Kh-35U,’ stated the ministry.

‘All in all eight launches were carried out.

‘All missiles successfully hit their targets.’

One such missile is enough to destroy a modern warship. 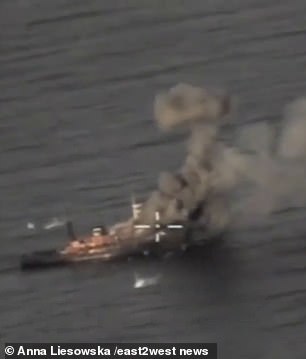 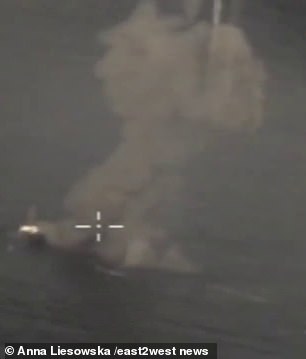 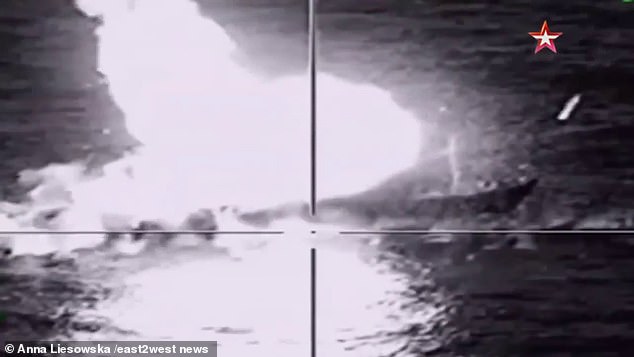 Russia wants to fit every modern warplane with a Kh-35U missile, each of which has enough power to destroy a modern warship

The missile can be fired from the surface, as part of coastal defence systems or – as here – from the air.

The Kh-35U missile has a range of 155 miles. They have been supplied to the military units since 2014.

It is planned to equip all modern planes of operational and tactic aviation with these missiles. 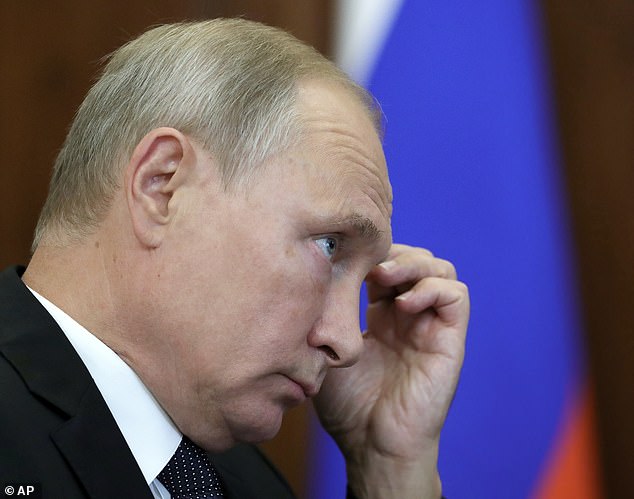 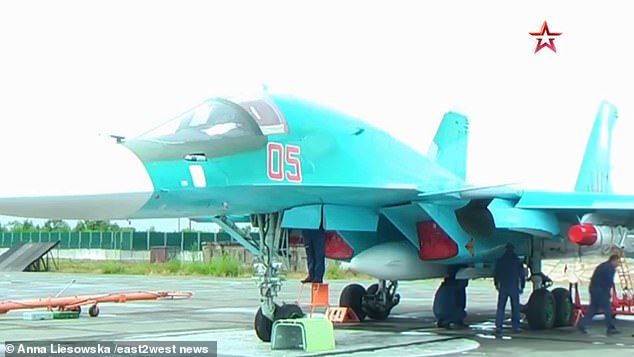 The Kh-35U missile has a range of 155 miles. They have been supplied to the military units since 2014

Russian officials claim that the KH-35U counters all enemy countermeasures.

It is designed to destroy surface ships displacing up to 5,000 tonnes and surface targets, say Russian naval sources.

This is the latest of many recent Russian defence ministry videos highlighting the modernisation of the country’s armed forces under Putin. 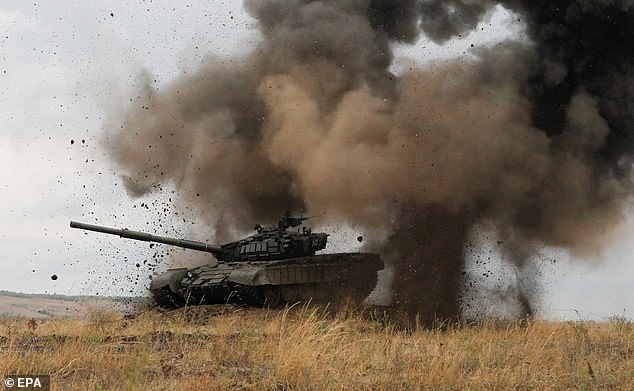 A Pro-Russian rebel’s tank takes part in a military exercise on a shooting range near Luhansk, Ukraine on September 25 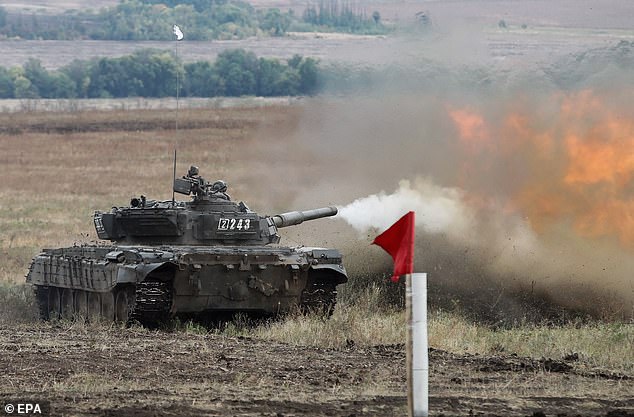 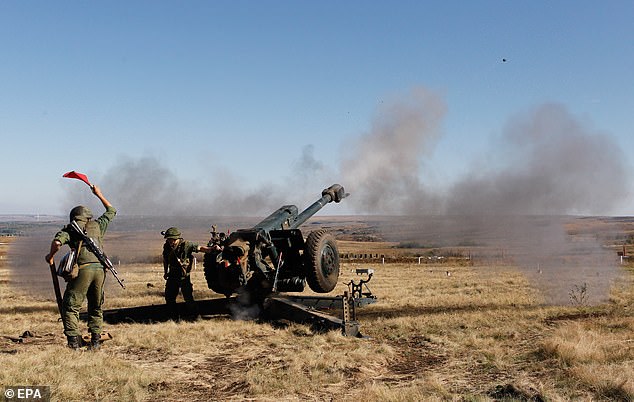 Meanwhile pro-Russian rebels in Ukraine conducted military exercises on a shooting range near Luhansk, on 25 September.

The United States, Germany and France are engaged in the peace process in Eastern Ukraine and are ready to support the proposals put forth by Ukraine about UN peacekeepers.

However, Russia demands that there should be no NATO members among the nations forming the UN peacekeeping mission that might be deployed to Donbas.