A Russian opposition politician today jailed for eight-and-a-half years for criticising the brutal war in Ukraine declared from the court dock that Vladimir Putin would be toppled long before his sentence was completed.

Ilya Yashin, 39, a Moscow councillor, was sentenced for spreading ‘false information’ about Russia’s horrific war crimes in Bucha in the highest-profile conviction under new legislation criminalising criticism of the war.

His supporters in the courtroom applauded Yashin, who smiled and waved to family despite being handcuffed, as the sentence was read.

Addressing them before he was led away, Yashin, one of the few Kremlin critics to have stayed in Russia, predicted Putin would be toppled long before his release date.

Ilya Yashin, 39, a Moscow councillor, was sentenced for spreading ‘false information’ about Russia’s horrific war crimes in Bucha in the highest-profile conviction under new legislation criminalising criticism of the war 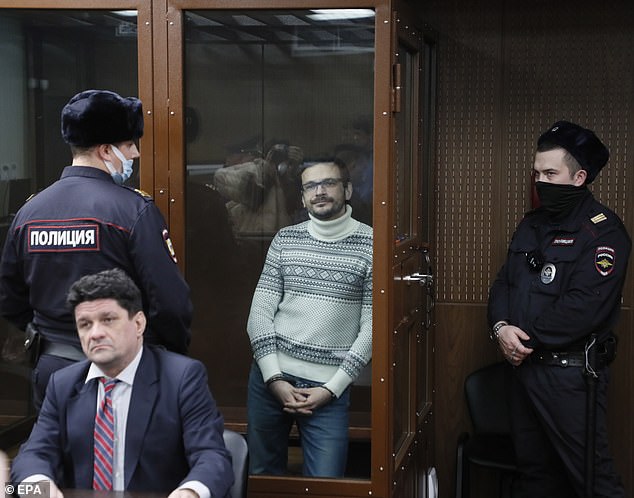 Russian opposition leader, former Moscow’s municipal deputy Ilya Yashin (C) stands inside a defendant’s cage prior to a verdict hearing at the Meshchansky district court in Moscow, Russia on Friday

‘Don’t get upset, it’s ok,’ Yashin told his supporters. ‘If anyone thinks that Putin will rule for eight years, he is a very big optimist.’

In April, Yashin had described the murder of civilians in Bucha as a ‘massacre’, referring to a town near the capital Kyiv where civilians were found killed after Russian forces retreated.

During the trial at Moscow’s Meshchansky district court, Yashin argued his case has been fabricated and ‘has all the markings of illegal political persecution’.

He noted that in the video he cited Russian official sources along with Ukrainian statements to give his audience an objective view.

The Moscow city councillor is an ally of jailed opposition leader Alexei Navalny and was close to Boris Nemtsov, an opposition politician assassinated near the Kremlin in 2015.

‘Another shameless and lawless verdict from Putin will not silence Ilya and it should not intimidate Russia’s honest people,’ Navalny said on Instagram shortly after the verdict.

Navalny, 46, is serving a nine-year sentence on embezzlement charges that are widely seen as politically motivated. His political organisations have been outlawed. 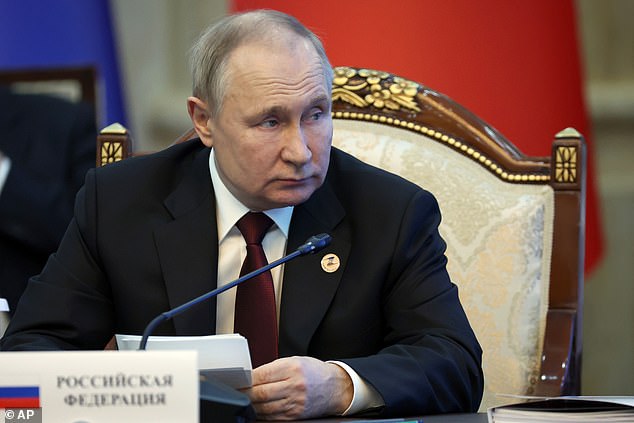 Addressing supporters before he was led away, Yashin, one of the few Kremlin critics to have stayed in Russia, predicted Putin would be toppled long before his release date

Yashin remained in Russia even after Putin sent troops to Ukraine on February 24 and regularly condemned the offensive to his 1.3 million subscribers on YouTube.

He was tried under new laws that came into force after February to penalise what the authorities deem to be damaging or false information about the Russian military.

During his closing statements in the final hearing this month, the opposition figure called on the Russian leader to ‘immediately stop this madness’.

‘We need to recognise this policy towards Ukraine is wrong, to withdraw troops from its territory and move on to a diplomatic settlement of the conflict,’ he said. ‘I will not give up the truth even behind bars.’

‘When the hostilities began, I didn’t hesitate for a second,’ Yashin said.

‘I felt I should remain in Russia, loudly tell the truth and try to do all what I could to end the bloodshed. It’s better to sit behind bars for a decade and remain an honest person than silently feel shame for the blood spilled by your government.’

In a statement following the sentencing, Yashin said: ‘With that hysterical sentence, the authorities want to scare us all but it effectively shows their weakness. Only the weak want to shut everyone’s mouth and eradicate any dissent.’

Sobchak, 41, who opposes Putin, her supposed godfather who was close to her father, said of the sentence handed down in a Moscow court: ‘Terribly unfair, monstrous. And how noble Ilya is in his fidelity to principles’. 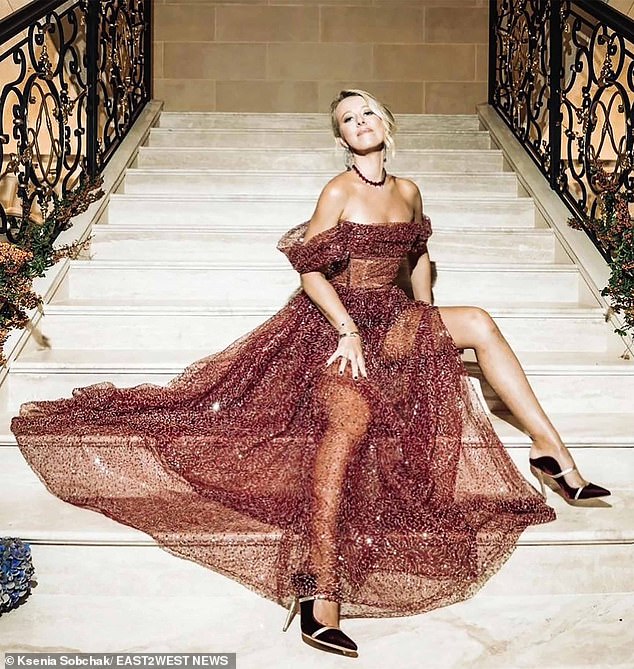 She added that her former boyfriend had shown ‘courage in the face of the abyss,’ as she urged him to ‘hold on’.

Prosecutors had argued that Yashin had ‘inflicted considerable damage to Russia’ and ‘increased political tensions’ when Russian troops were fighting in Ukraine.

Another hearing last month ended with a scuffle between court employees and Yashin’s father when it appeared that guards had told the councillor’s mother to stop talking to her son.

Today, Yashin’s father Valery praised those who came out to support his son.

‘Even strangers were approaching and saying words of support,’ he said. ‘This is very precious to us.’ 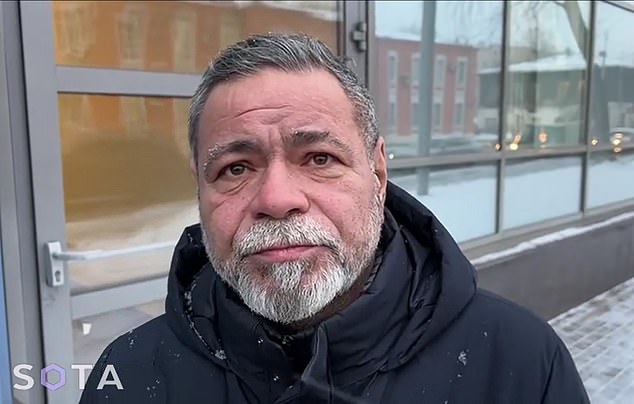 Today, Yashin’s father Valery (pictured) praised those who came out to support his son

Yashin was detained in late June while walking through a Moscow park and accused of spreading ‘fake’ information about the Russian army.

Pro-Putin commentators hailed the verdict, with Sergei ‘Zergulio’ Kolyasniko praising the ‘great news’ and urging that Yashin is jailed alongside Navalny, his close ally, so they could ‘sew mittens together’.

Another, Boris Rozhin, said: ‘The law on discrediting the Armed Forces of the Russian Federation was written in order to shut up such characters.

‘It is strange that some did not understand this until the very end.’

He said that Russia was not sufficiently ‘totalitarian and tyrannical’, and the sentence should have been harsher.

Tens of thousands of Russians – including many independent journalists – left the country after the beginning of the conflict and when the Kremlin in September said it was drafting thousands of men into the army.

Another Moscow councillor, Alexei Gorinov, was sentenced to seven years in prison in July for speaking out against the Ukraine offensive.