A call for information from the public helped police solve a ‘puzzle’ when two people were arrested this morning and charged with one count each of murder in the violent death of a personal trainer.

The arrests follow an investigation in which the man, 42, and woman, 40, had spoken to police a number of times and offered assistance ‘to a point’ in relation to the death of Mark Carson on April 3.

Queensland Police had last week made a renewed call for any information about the death of Mr Carson, 58, leading to the execution of a search warrant at a Maryborough residence. 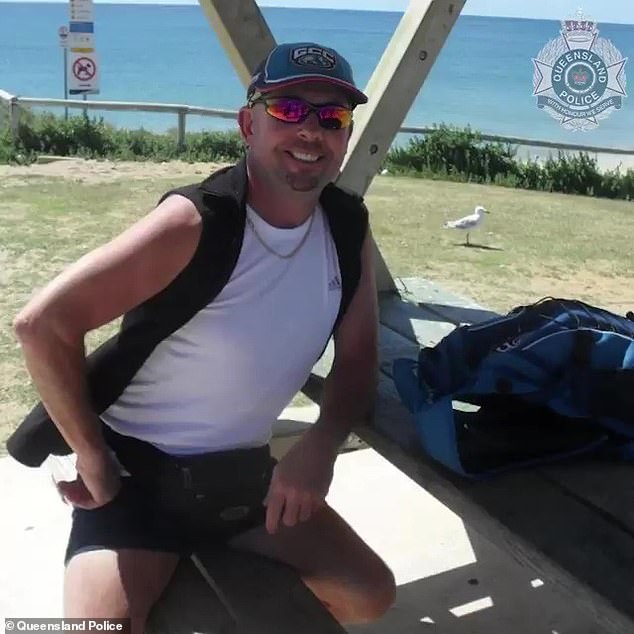 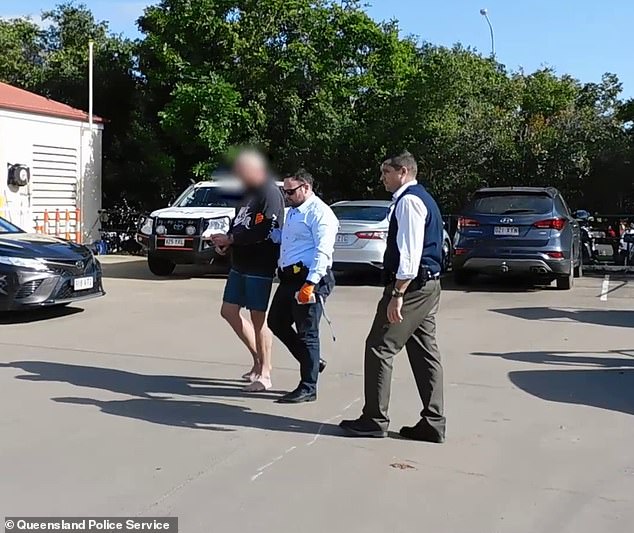 The 42-year-old man is taken into custody at Maryborough Police Station, Queensland 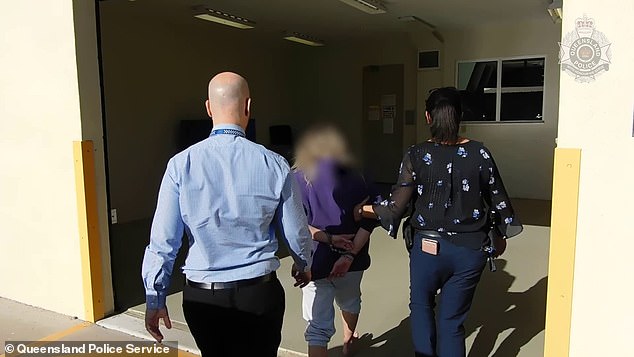 The 40-year-old woman under arrest. She and the man arrested were known to Mr Carson

Police allege the pair were involved in an altercation with Mr Carson, a personal trainer and volunteer firefighter, during which he sustained fatal injuries.

In the early days of the investigation, police said Mr Carson died from a severe wound he suffered in a physical fight with the pair at his Pacific Haven residence, near Hervey Bay.

‘We hope today’s arrests bring some closure to Mark Carson’s family,’ Detective Senior Sergeant David Harbison, Officer-in-Charge of the Maryborough CIB, said. He acknowledged that critical information provided by the local community had helped bring about the arrests.

Detectives had previously described the investigation into Mr Carson’s death as a ‘puzzle’.

Officers found his body after the 42-year-old man called triple zero at 12:08pm on Saturday, April 3.

Police believe Mr Carson might have died hours before that call was made, having established that the couple arrived at the home about 8am.

Detectives had earlier called for information from anyone who saw the couple’s light blue four-door 2011 Hyundai Accent sedan near Mr Carson’s home between 8am and about midday. 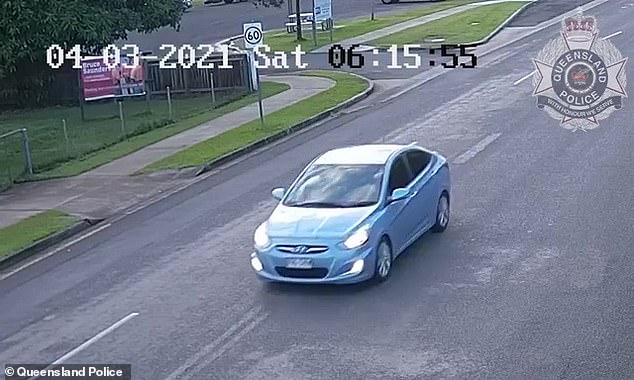 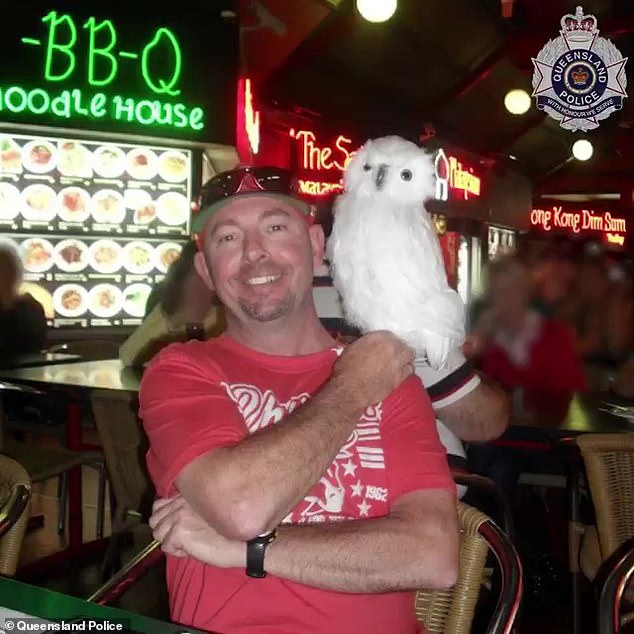 A number of Mr Carson’s UK relatives had earlier posted tributes to Mr Carson on Facebook.

‘My beautiful brother, I will love you for always my heart is breaking. RIP Lion Heart,’ wrote his sister Loretta.

‘My amazing, gentle and big-hearted brother,’ wrote Donna Carson, another sister. ‘I will not rest until the evil people that did this to you are brought to justice. I hope you’re now at peace. Forever in our hearts and thoughts. Love you.’

The man and woman are expected to appear in Maryborough Magistrates Court tomorrow.