‘High-flying’ PWC accountant, 24, is caught with 1,700 upskirt images after he was spotted behaving suspiciously in Topshop’s flagship Oxford Street store

A ‘high-flying’ accountant was caught with 1,700 ‘upskirt’ images of unsuspecting women when he was stopped by a Topshop store detective.

Leon Chan, who works for the accountancy giant PricewaterhouseCoopers, was spotted ‘acting suspiciously’ behind a woman on London’s Oxford Street.

The 24-year-old, from Whitechapel, said, ‘I’m really sorry, I’m really stupid’, as he handed his phone over to a store detective who had seen him trying to film the woman as she bent over.

Chan, who a first class degree in economics from Leeds University, pleaded guilty to one count of outraging public decency, namely filming or attempting to film up the skirts of female members of the public on or before January 1, this year.

The charge relates to 97 sample images of ‘upskirting’ found on his iPhone’s memory stick, but a total of approximately 1700 were on the device, Westminster Magistrates’ Court heard yesterday.

The prosecution dismissed Chan’s defence that the offence was less serious because the women filmed were not aware of what Chan was doing.

Michael Magarian QC, defending, said: ‘He can be described as a high flyer, having achieved a first class degree in economics from Leeds University and he is in a very, very good job.

‘When he was caught by the store detective he handed over his grey iPhone and gave the PIN straight away, which we know not every suspect does willingly.

‘All of this behaviour was during a short period over Christmas and he will now face professional disciplinary proceedings as a result of this conviction.

‘He was embarrassed and ashamed when he had to tell his employers and couldn’t bring himself to talk about it over the phone.

‘When he was arrested he told the police officers: ‘I’m really sorry, I’m really stupid.’ Maybe he wanted to be caught.’ 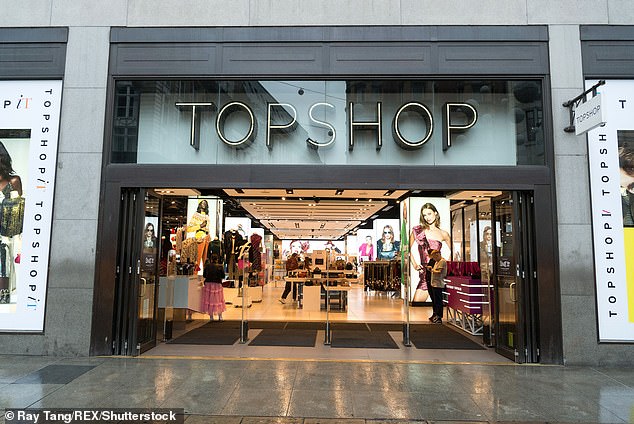 Prosecutor Malachy Pakenham said: ‘This has become more and more prevalent and has been reported in the media, as the media have a right to do.

‘To say there is no harm I disagree with. If women wearing skirts have a fear or trepidation that men near them may use devices to record them then that will have an impact on society.

‘Courts when they sentence reflect the errors of society and the fact these women did not know what he was doing does not go in his favour at all.

‘If the harm was non-existent it wouldn’t be a criminal offence would it?’

As Chan was committed for sentencing to Southwark Crown Court, magistrate Victoria Readman told him: ‘We are very concerned in relation to the seriousness of the offence.

‘It is not just the ninety-seven specimen incidents on your memory stick, but the sheer number of images, there were one thousand seven hundred of them.

‘We feel this does exceed our sentencing powers.’