A snake charmer had a brush with death when his pet python tried to strangle him during a live show in Mau, India, on March 20.

The snake charmer had wrapped an adult python around his neck during a show on Tuesday, but the snake tightened its grip and began to strangle him.

The man choked and collapsed showing visible signs of distress in the clip, filmed in  in Uttar Pradesh, but many of the crowd thought it was part of the act and didn’t realise the man was in trouble.

Eventually, three men rushed to his help and freed him from the python.

They took him to a local government hospital, where doctors treated him and later referred him to a second hospital.

The clip shows the man in flip-flops, jeans and t-shirt hold the python around his neck, while standing up.

He then crouches down, which appears to still be part of the act.

But the snake charmer is then choked by the snake and falls forward, apparently unable to breathe.

His current condition is unknown. 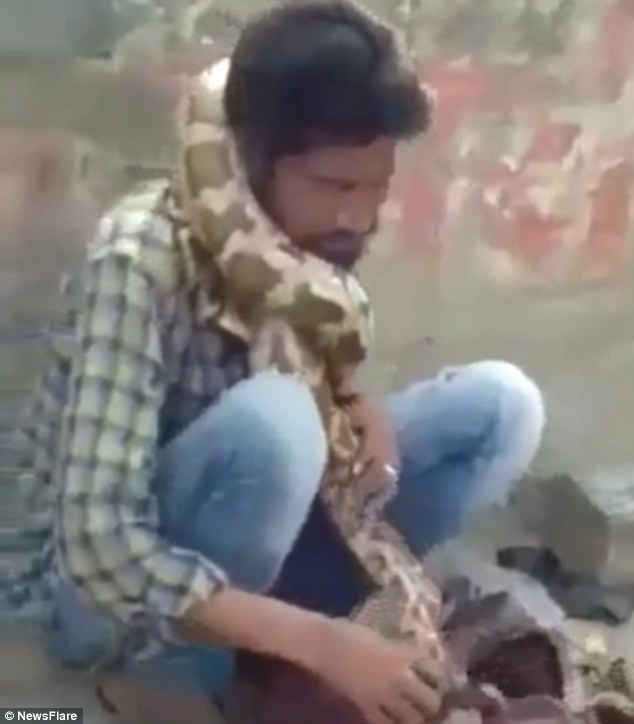 The snake charmer had wrapped the python around his neck for a live show, with some members of the crowd thinking his brush with death was part of the act 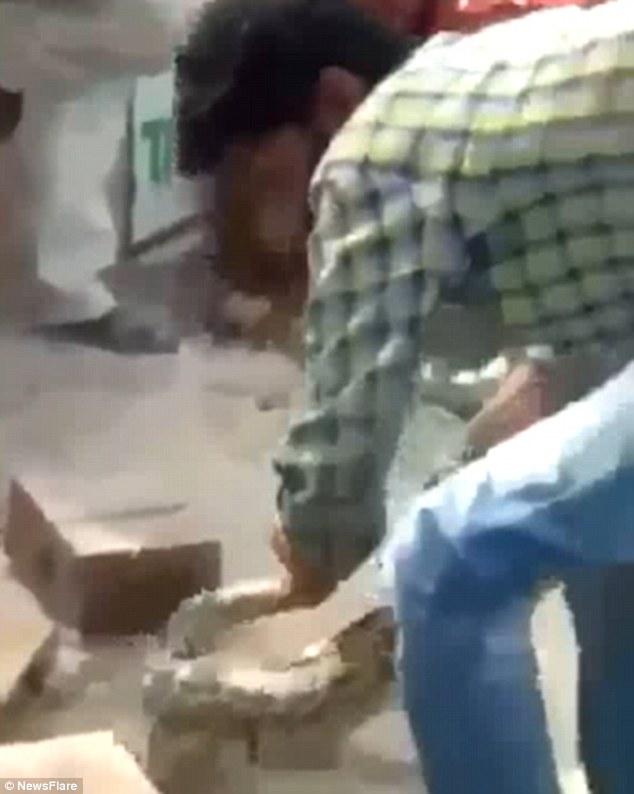 Three men eventually rushed to help the man, when the crowd finally started to realise that it wasn’t part of the act