Qantas announces insane flight sale with 350,000 fares across 77 routes slashed in half – but you’d better be VERY quick

Qantas has launched a flight deal to help resurrect the aviation industry following months of interstate lockdowns amid the coronavirus crisis.

Routes between Sydney and Brisbane, Hamilton Island and the Sunshine Coast have been slashed, as well as cheap fares to South Australia and rural New South Wales.

In total, 77 domestic routes will be discounted.

A one way flight between Sydney and the Gold Coast has been reduced to $109, while travellers can snap up a trip to Hobart for $149.

Qantas has launched a flight deal to help resurrect the aviation industry following months of interstate lockdowns amid the coronavirus crisis. Pictured: Staff walking through Sydney airport on June 19

The Love Australia sale comes after Virgin Australia’s own resurrection sale after it was saved from collapsing last week.

Jetstar also launched a 200,000 seat sale to celebrate the reopening of borders throughout Australia in the wake of the COVID-19 crisis.

Residents in most states will be able to travel freely from July onwards, though Victorians have been largely left out of any deals due to a recent spike in cases.

Would-be travellers will need to be quick to snap up a bargain, though. The sale will end on Friday, July 10.

Other routes included in the sale include:

Fares are available for use throughout August, September and October – including the September school holiday period. 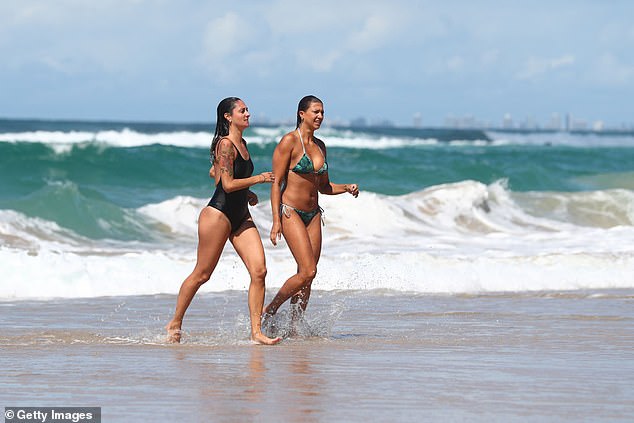 A one way flight between Sydney and the Gold Coast (pictured: Women coming out of the surf on a Gold Coast beach) has been reduced to $109

Qantas will also allow customers to change the date of their flight once without incurring a change of date fee.

Stephanie Tully, who works as Qantas’ chief customer officer, explained the sale was part of an ongoing effort to revive the sector, which was devastated by COVID-19.

Qantas is facing the prospect of laying off 6,000 of its 29,000 staff following the crisis.

‘The response we saw to the recent sales exceeded our expectations and showed just how much demand there is for people to get on an aircraft and get away,’ Ms Tully said.

‘We expect this sale will help stimulate demand even more and encourage Australians to go on holidays and visit family and friends while also helping get more of our people back working again.’ 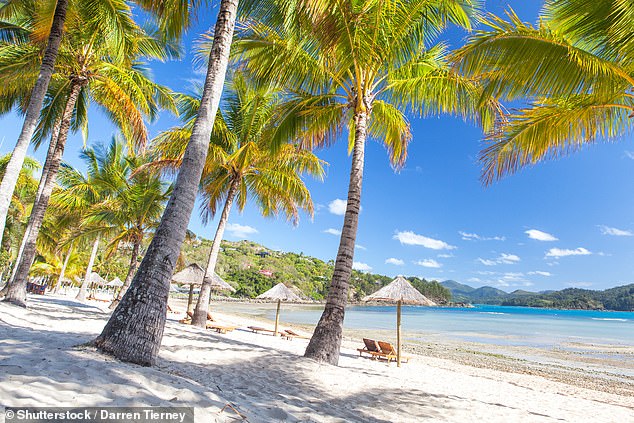