Shocking footage shows laughing Qantas baggage handlers SLAMMING passengers’ luggage onto a conveyor belt: ‘If they don’t like it, find another job!’

The male workers were seen laughing as they pulled customers’ bags and suitcases out of a Qantas-branded storage container, believed to be at Melbourne Airport, before tossing them away.

In one case a handler is seen deliberately hoisting a bag high above his head before slamming it down so hard that it bounces – much to the amusement of his giggling co-worker.

The same handler then tosses a small suitcase several metres into the air and onto the belt, as if shooting a basketball.

At least two bags were thrown off the conveyor belt, disappearing out of view, without any worker appearing to care.

In a shocking TikTok video uploaded on Friday a Qantas baggage handler deliberately hoists a bag high above his head and slams it down so hard that it bounces, much to the amusement of his laughing co-worker

A Qantas spokesperson told Daily Mail Australia they had commenced an investigation into the footage, which was shared to TikTok on Friday.

‘The behaviour in this video is clearly not acceptable, and our contracted ground handler is conducting an urgent investigation,’ they said.

Qantas contracts Swissport for its ground handling services at the Victorian airport.

The video has racked up more than 590,000 views, with many horrified at the lack of care for travellers’ luggage.

One TikTokker asked ‘is this like a competition who can destroy luggage the fastest?’, while another declared the workers ‘should be terminated on the spot’. 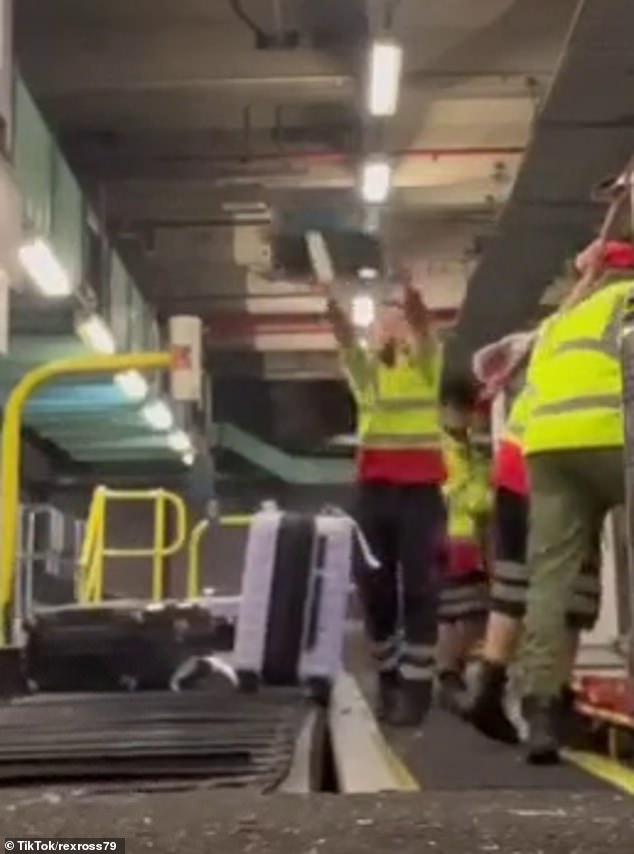 One handler is seen deliberately tossing a small suitcase several metres into the air and onto the belt, as if shooting a basketball

‘You’ve got to be kidding me! Bet they would kick a stink if someone treated their stuff this way,’ another said.

‘It would actually take more effort to lift it and throw it with force, rather than just put in on the conveyor. If they don’t like it, find another job,’ one wrote.

‘When are they going to get fired?’ commented another.

‘So wrong on so many levels, these men need to be held accountable.’

Another said cameras should be permanently installed to film the actions of baggage handlers.

‘In Australia and New Zealand, Swissport (formerly Aerocare) operates at 32 airports, partnering with all major domestic airlines and many international carriers in the region,’ the company’s website says.

The company boasts that it is ‘is arguably the safest baggage handler in Australia’ and that its team members work ‘together to ensure our clients’ expectations are achieved or exceeded’. 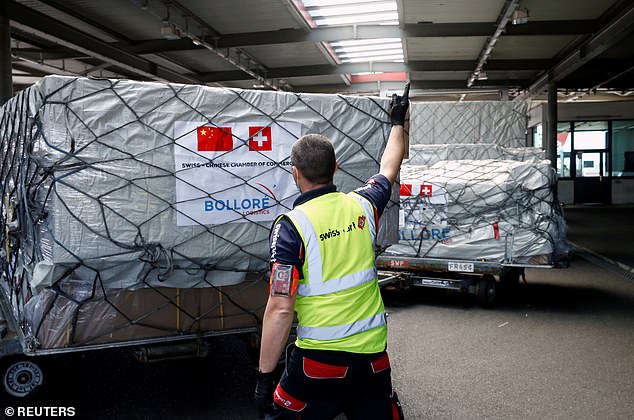 Qantas contracts Swissport baggage handlers. Swissport says that its team members work ‘together to ensure our clients’ expectations are achieved or exceeded’ on its website