A Qantas flight attendant who worked on a packed flight between Brisbane and regional Queensland has tested positive for coronavirus.

The woman in her 30s from Banyo crewed six flights on Qantas’ regional routes.

She tested positive on July 21 after developing symptoms on July 13.

Queensland’s chief Health officer Jeannette Young since it was believed the woman was infectious since July 11.

Queensland  Minister for Regional Development and Manufacturing Glenn Butcher was on one of the flights to Gladstone. He had been tested and was currently self-isolating awaiting a result.

Ms Young said all those on the six flights would need to be tested and isolate until they received their result.

The woman stayed overnight at the Mercure Hotel in Gladstone on July 11.

‘We are working with her to look at where she was and what she did from 13 July when she became unwell,’ said Ms Young.

‘Initially, she’s told us that she essentially stayed at home, so we are just working that through to check that is the case and whether there are any exposure venues.’ 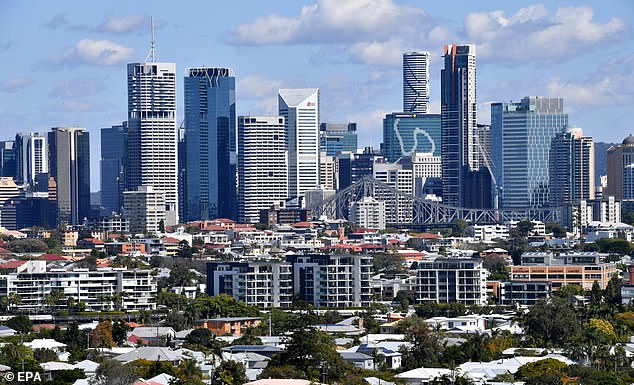 Longreach already has a testing clinic but a new one is being set up at the Longreach Showgrounds on Friday morning, the ABC reported.

Meanwhile, long queues of traffic have formed at Queensland’s border with NSW after it was shut at 1am on Friday.

Premier Annastacia Palaszczuk announced the decision on Thursday morning on Twitter, as she is currently in Tokyo sealing Brisbane hosting the 2032 Olympic Games.

Queensland has declared bubble for NSW communities as far south as Grafton and as far west as the SA border to allow residents to cross for essential purposes with quarantining.

He also confirmed the state has given two million vaccines so far in its jab rollout.

‘In order to ease the restrictions as outlined we will close the border to the rest of New South Wales,’ Miles said.

‘That will mirror the arrangements currently in place with Victoria, South Australia, Western Australia and Tasmania. 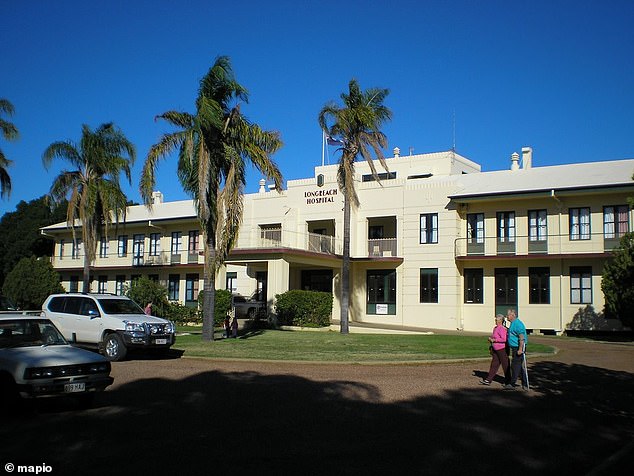 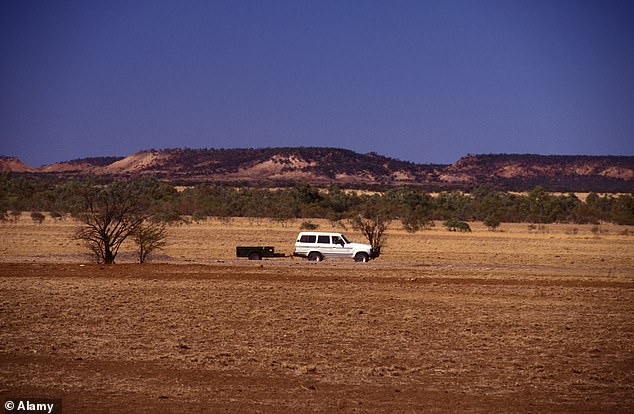 The flight attendant was aboard a flight from Brisbane to Longreach, a regional town in the state’s central-west

‘The first two or three days is a challenge, it should ease up after that,’ he said.

‘Peak times are also a bit challenging on the roads as well. If you have to travel during those times add a little bit of extra time.’

The state government had been warning Queensland residents for weeks against all travel to NSW.

While no one has tested positive in NSW in areas close to Queensland border, a service station at Chinderah, about 15km from the frontier, was declared as an exposure site earlier this week.

NSW Health also reported concerns on Thursday night about positive COVID-19 results in sewage testing in Byron Bay, about an hour from the Queensland border.

Queensland’s borders are closed to NSW, Victoria and South Australia.