Qantas flights from Darwin to London are set for take-off next month after the airline finalised its deal with the Northern Territory government.

The new service will begin on November 14 and fly until at least April 2022, with hopes the route could stay in the air into the future.

‘The Kangaroo route is one of the most iconic on the Qantas international network,’ chief executive Alan Joyce said on Friday.

‘We are delighted that Darwin will play a vital role in Australia’s post-pandemic reopening to the world.’

The return route temporarily replaces flights from Perth to London after the WA government announced it was unlikely to open to international travel until next year.

Passengers on connecting flights from COVID-19 hotspots, such as Sydney and Melbourne, will be able to disembark at Darwin International Airport terminal without quarantining after an agreement to make it a travel bubble.

But they’ll have to show proof of full vaccination and wear a mask.

They also need a negative PCR test result before boarding their connecting flights to Darwin and have no COVID-19 symptoms.

The flight to London will take 17 hours and 20 minutes. 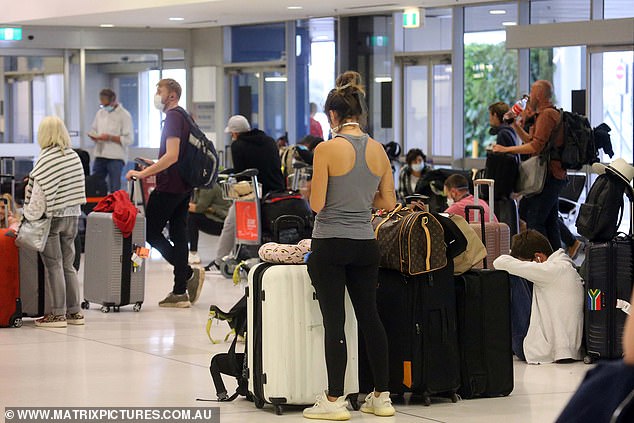 ‘I thank Qantas and the Darwin International Airport for working with us to turn this direct route into reality,’ NT Chief Minister Michael Gunner said.

‘It will mark a real turning point for the nation as we work towards the next stages of the national plan.’

The national carrier has successfully used Darwin as a hub for its repatriation flights to various destinations across Europe, Asia and the Middle East during the past 12 months.

It began talks with the NT government last month and was also looking at Singapore.

‘The challenge now is to show Qantas that there is no better place to be,’ Mr Gunner said.