A massive tornado has hit Qatar along with hailstones as England prepares for its quarter-finals game with France ahead of Saturday’s game.

The tornado whipped by Ras Laffan Industrial City, around 50 miles north of the capital Doha.

The Middle East country which is hosting the 2022 World Cup has seen freak weather events during the tournament.

Dark clouds gathered close to Al Khor stadium, where most of the World Cup games are being held. 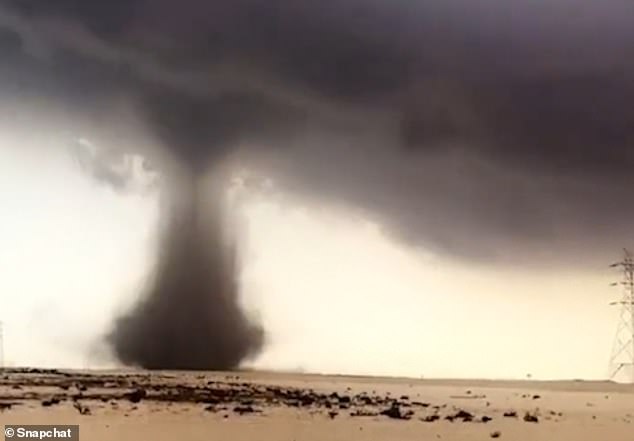 Tornadoes, a rare weather event, are uncommon across the Middle East, but several were spotted in Qatar in 2016

Qatar’s meteorological department tweeted the footage, shortly after posting a warning about rain becoming ‘thundery’, along with the words ‘please be careful’.

Another tornado was spotted in the abandoned town of Al Huwaylah, off the coast of Qatar on the north east shoreline.

‘Scattered rain and a decrease in temperatures are expected in the coming days,’ said the department.

Tornadoes, a rare weather event, are not a common sight across the Middle East, but several were spotted in Qatar in 2016.

The tornadoes are usually relatively weak, but can still cause significant damage if they hit residential areas.

According to the World Risk Index, Qatar is the country least likely to experience a natural disaster.

It was 27 degrees on Wednesday, according to the Met office, with the temperature set to drop slightly to 23-25 degrees over the next few days.

On the same day, enormous hailstones reportedly rained down on Qataris and visiting fans.

People picked up fistfuls of the hailstones and uploaded photos of them to Twitter.

Footage emerged on Wednesday, the first break from world cup games since the tournament started, set to resume on Friday with Brazil v Croatia and Morocco v Portugal. 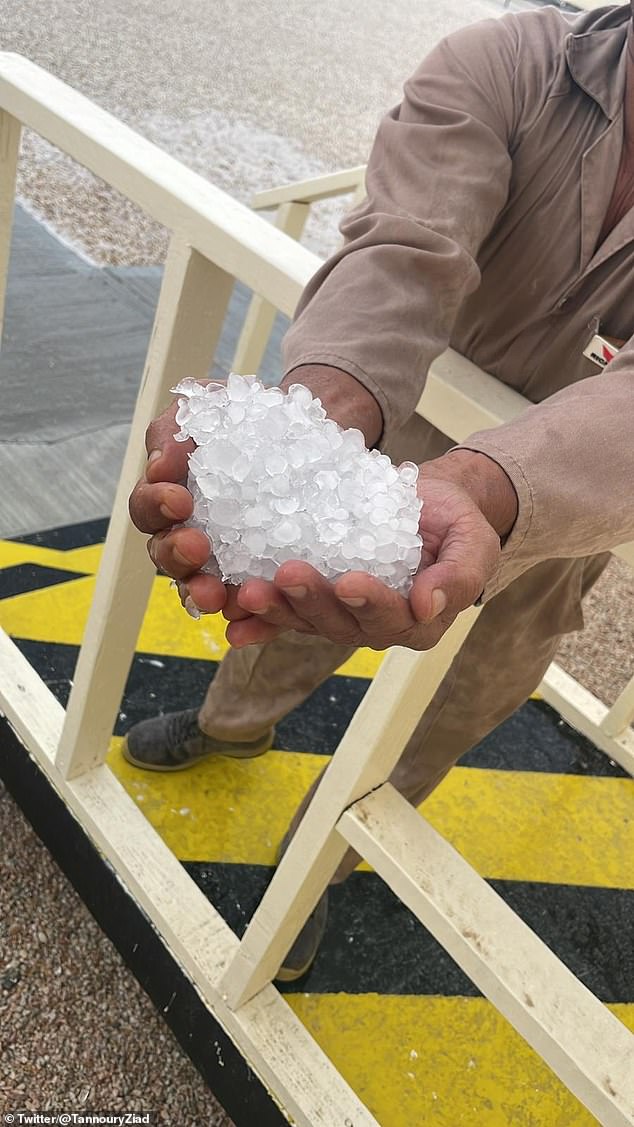