Hundreds of impoverished workers at the venue which will host Qatar’s 2022 World Cup final have gone unpaid for months and are owed up to £4,000, a damning Amnesty International report reveals on Wednesday.

The Qataris boast that the so-called ‘future city’ of Lusail will include parks, marinas and a theme park as well as the 80,000 stadium — and will eventually be home to 260,000 people.

But behind the £34billion development’s public relations gloss, Amnesty has discovered that at least 78 workers from India, Nepal and the Philippines have been struggling to feed themselves after going unpaid.

The stadium project is being financed by a subsidiary of the Qatari Diar Real Estate Investment Company — part of Qatar’s rich sovereign wealth fund. Yet engineering contractor Mercury MENA told the human rights organisation that it has cashflow problems and was unable to pay the workers, who were stranded in the Street 3 camp in the industrial area of Qatar’s capital city Doha.

Many of those affected were told there was no money at precisely the same time, last October, that Qatar was announcing it would embark on a series of landmark reforms that could improve the country’s desperately poor record on workers’ rights.

One worker, who was too fearful to be identified, told Amnesty that he gave up any hope of being paid, four months after travelling from the Philippines to Qatar. But the company forced him to stay and work and allegedly failed to provide him with residency papers, which are a legal requirement in Qatar. The worker told Amnesty that he found work elsewhere in Qatar but was told he must ‘renounce any claim to his unpaid wages’ in order to take it. 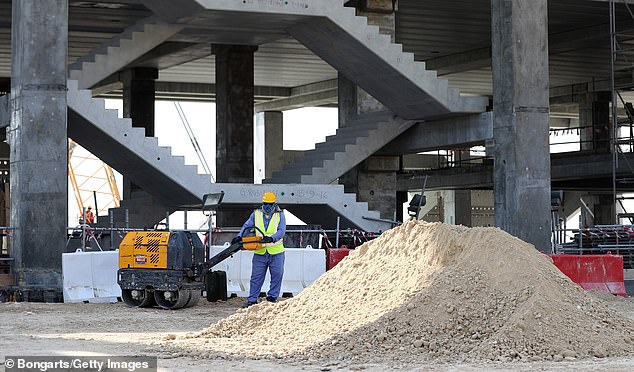 Amnesty has investigated 78 cases, and many more could be owed sums going up to £4,000

He decided to do so but was unable to take the job because he had £400 in outstanding fines imposed on him for not having the residency permit.

‘He left still being owed four months’ wages and in greater debt than when he arrived,’ reported Amnesty.

A Nepalese worker, who had gone unpaid, said he had been given permission to leave Qatar but was told he would not receive the salary owed.

He remained at the Street 3 camp in the hope of being paid. In November 2017, he borrowed money from his family to book a flight home and left Qatar, despite being owed £1,800.

Amnesty said it had investigated the cases of 78 workers from India, Nepal and the Philippines who faced the same problems and there is evidence that 143 workers in the Street 3 camp alone have not been paid.

Most of the workers whose cases Amnesty investigated are owed between £1,000 and £1,880.