Trevone Boykin, who was released by the Seattle Seahawks on Tuesday after reports of the incident emerged, denied Bailey’s accusations in a statement

Former Seattle Seahawks backup quarterback Trevone Boykin was arrested Wednesday in Mansfield, Texas, on suspicion of aggravated assault causing serious bodily injury less than two days after his girlfriend, Shabrika Bailey, told WFAA-TV in Dallas that he broke her jaw in three places and choked her until she passed out.

The Mansfield Police Department said in a statement they have video of the alleged assault on March 20 from a surveillance system inside Bailey’s home in Mansfield.

Bailey told WFAA-TV the encounter happened after she refused to show Boykin a text message on her phone, and the resulting injuries left her hospitalized for three days and required her jaw to be wired shut.

Speaking with her broken jaw wired shut, Bailey also said she had two of her teeth knocked out by Boykin during the alleged assault. 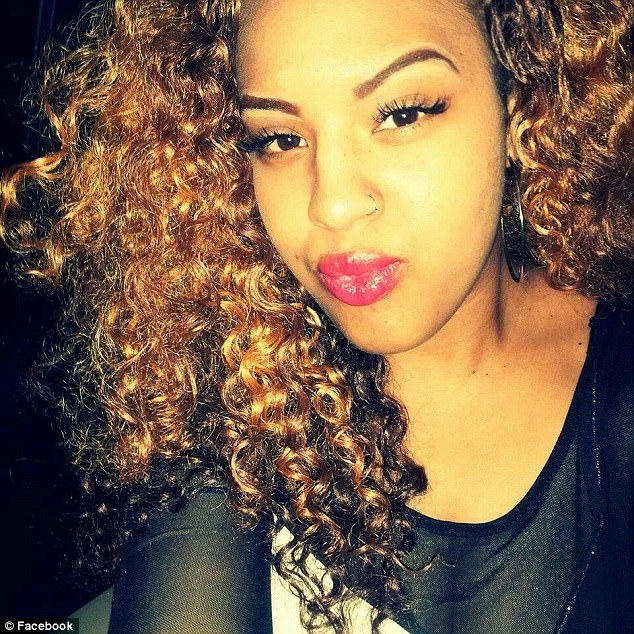 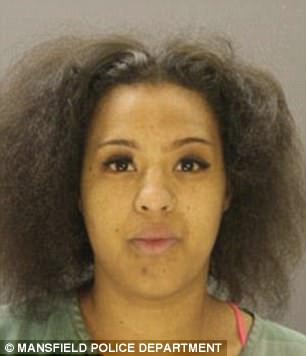 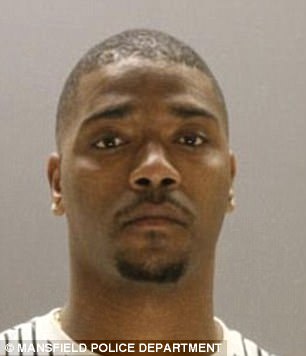 Bailey (left) and Boykin (right) were previously arrested together last year when she backed her car into the outside wall of a Dallas nightclub, injuring several pedestrians. Now, though, Bailey claims the car accident was the result of Boykin attacking her while she drove

Boykin, who was released by the Seahawks on Tuesday after reports of the incident emerged, denied Bailey’s accusations in a statement obtained by NFL Network on Tuesday: ‘I understand the Seahawks decision to release me. The story that was reported casts a bad light on the organization and on me. I want to be clear that the story is false.

‘The police have taken statements from the accuser, another witness and me. All of these statements confirm that I was not involved in the physical altercation. This woman has lied about me and it has cost me my job. I know guilt by association is real. This person has fabricated a story and I am suffering the consequences. I will let the legal system run its course and I know I will be vindicated.’

Police said Boykin was arrested at his home without incident and that bond would be set at his arraignment.

Bailey told WFAA that Boykin asked her not to tell police of the encounter because it could threaten his football career. 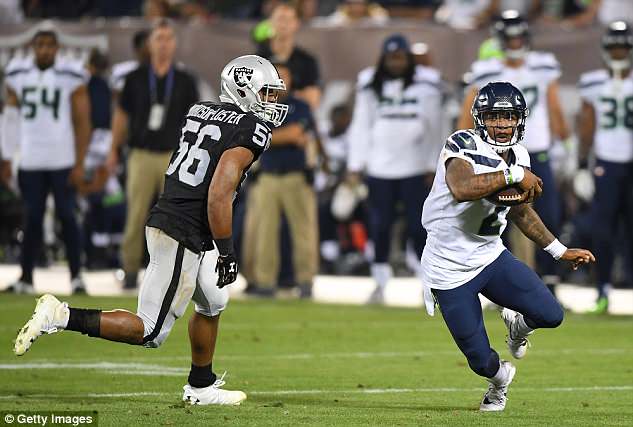 After being named Big 12 Offensive Player of the Year in 2014, Trevone Boykin signed as an undrafted free agent with the Seattle Seahawks in 2016

She also said Boykin made the same request after an incident in March 2017, when Bailey and Boykin were arrested after a car she was driving struck several pedestrians outside of a nightclub in a Dallas suburb. Bailey told WFAA that Boykin attacked her and choked her, causing her to lose control of the vehicle.

‘He leaned over, attacked me, and choked me unconscious which made the car go into drive to reverse,’ she said

When asked why she didn’t report the attack last March, Bailey told WFAA that she was ‘scared.’ 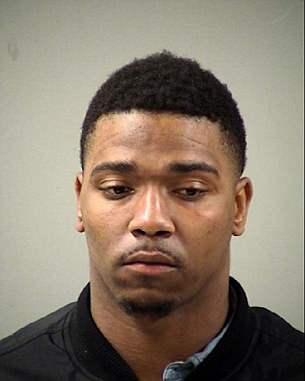 Boykin was previously arrested on December 31, 2015, two days before he was to play in his final game for TCU in the Alamo Bowl, when he allegedly punched a San Antonio patrol officer. He was also charged for public intoxication and resisting arrest.

‘Terrified of everything,’ she said.

According to WFAA, Bailey and Boykin have been a relationship since high school.

Boykin was previously arrested on December 31, 2015, two days before he was to play in his final game for TCU in the Alamo Bowl, when he allegedly punched a San Antonio patrol officer. He was also charged for public intoxication and resisting arrest.

He pled no contest and received a year’s probation, a $1,500 fine and 80 hours of community service.

After being named Big 12 Offensive Player of the Year in 2014, Boykin signed as an undrafted free agent with the Seahawks in 2016 before splitting the 2017 season between Seattle’s 53-man roster and the practice squad.