Quaden Bayles get a special gift

A bullied nine-year-old boy with dwarfism who has been unwell was cheered up after receiving two sports jerseys.

Quaden Bayles made international headlines in February when his mother Yarraka filmed him saying he wanted to die after kids picked on him at school.

Since the heartbreaking footage went viral, the Brisbane schoolboy has been inundated with support from celebrities, sportspeople and musicians across the globe.

On Tuesday, Ms Bayles filmed her son excitedly opening a package from Florida while he was sick at home. 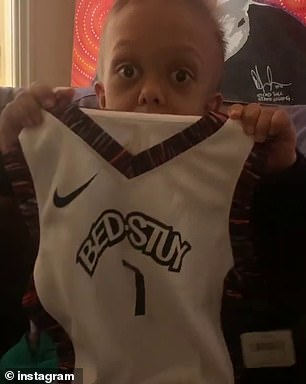 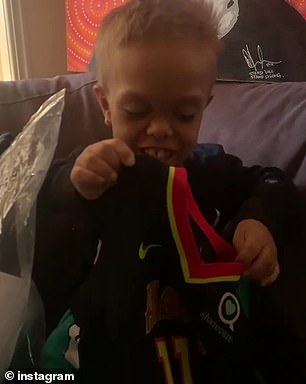 ‘It’s what I’ve been waiting for this whole time,’ he said while sitting on a couch in front of a large painting of his face

‘It’s what I’ve been waiting for this whole time,’ he said while sitting on a couch in front of a large painting of his face.

‘Trae Young,’ he replied, holding up a sports jersey with the famed basketballer’s team, the Atlanta Hawkes, printed on the front in large letters.

‘Kevin Durant,’ he smiled, showing off a second jersey featuring the words ‘Bed Stuy’ – a neighbourhood in New York where the player’s team, the Brooklyn Nets, are from.

While the circumstances surrounding Quaden’s health are unknown, Ms Bayles wrote in the caption that the gifts made him feel better. 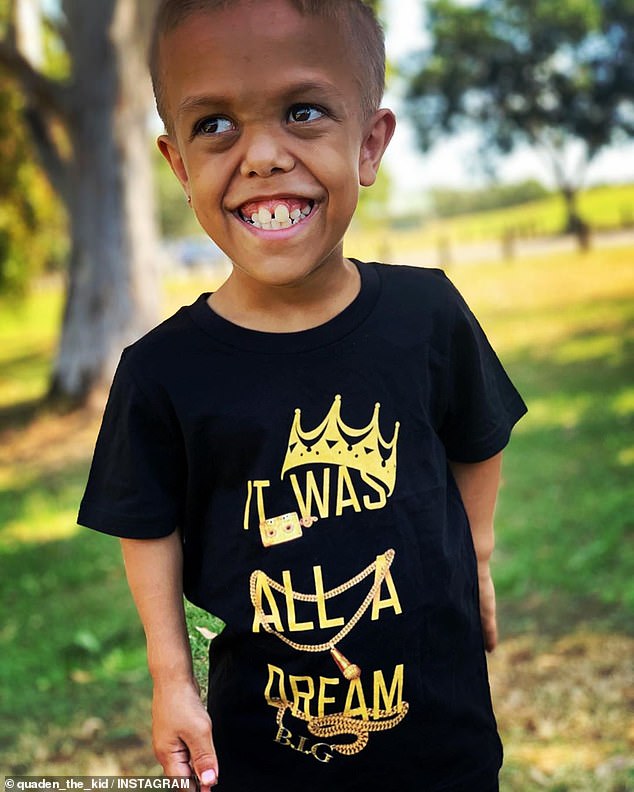 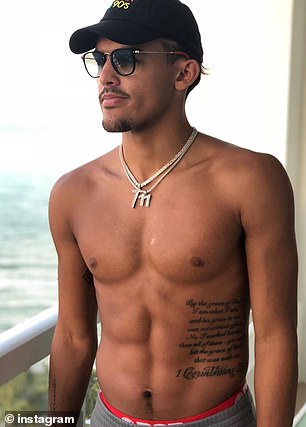 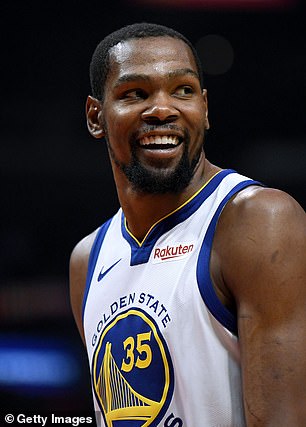 Trae Young (left)  is a basketballer who plays for the Atlanta Hawkes. Kevin Durant (right) plays for the Brooklyn Nets in the US

In the footage shared in February, Quaden – who has the most common type of dwarfism called achondroplasia – is seen sobbing into the camera and saying he is suicidal from being relentlessly bullied.

He told his mother: ‘Give me a rope, I want to kill myself.’

‘I just want to stab myself in the heart… I want someone to kill me.’

Quaden also scratched at his neck and said: ‘I want to die… I want to scratch myself’.

Ms Bayles shared the video publicly on Facebook in a bid to raise awareness about the impact of bullying. 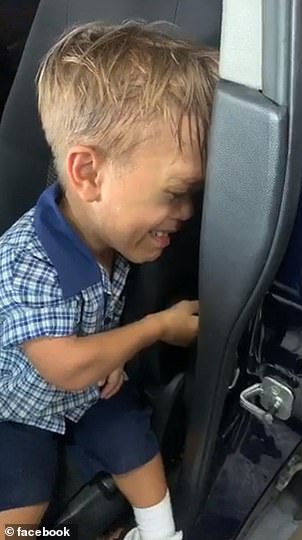 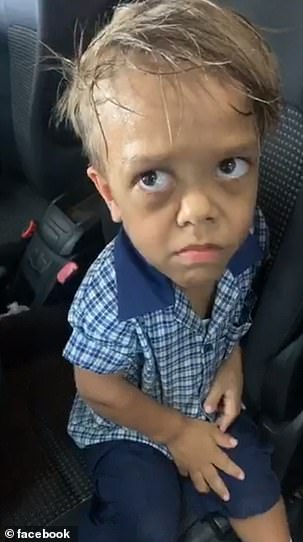 Quaden Bayles, from Brisbane, made international headlines in February when his mother Yarraka filmed him saying he wanted to die after being bullied at school