By Lucy Laing For The Daily Mail

As the mother of quadruplets, Katalina Davies didn’t have to look far for the perfect bridesmaids and pageboys for her wedding.

She was happy to let her four special three-year-olds steal the show as she and their father Matthew, 32, tied the knot.

It was another milestone for the children, whose birth in February 2015 was particularly unusual – and thought to be unique in the UK – because each came from a different fertilised egg.

Sofia, Roman, Aston and Amelia are unique in the UK all having come from separate eggs

Only three or four sets of quads are born each year in Britain, but usually when one or more embryos split in the womb, creating sets of twins.

In coming from four separate embryos, the Davies children – Sofia, Roman, Aston and Amelia – are unique in the UK, said Helen Turier of the Twins and Multiple Births Association.

Mrs Davies, 31, from Manchester, said: ‘They made our wedding day complete last weekend – it was lovely. They looked so sweet in their bridal outfits.’

The couple each have a child from a previous relationship, and had almost given up hope of having any together when Mrs Davies became pregnant following fertility treatment. 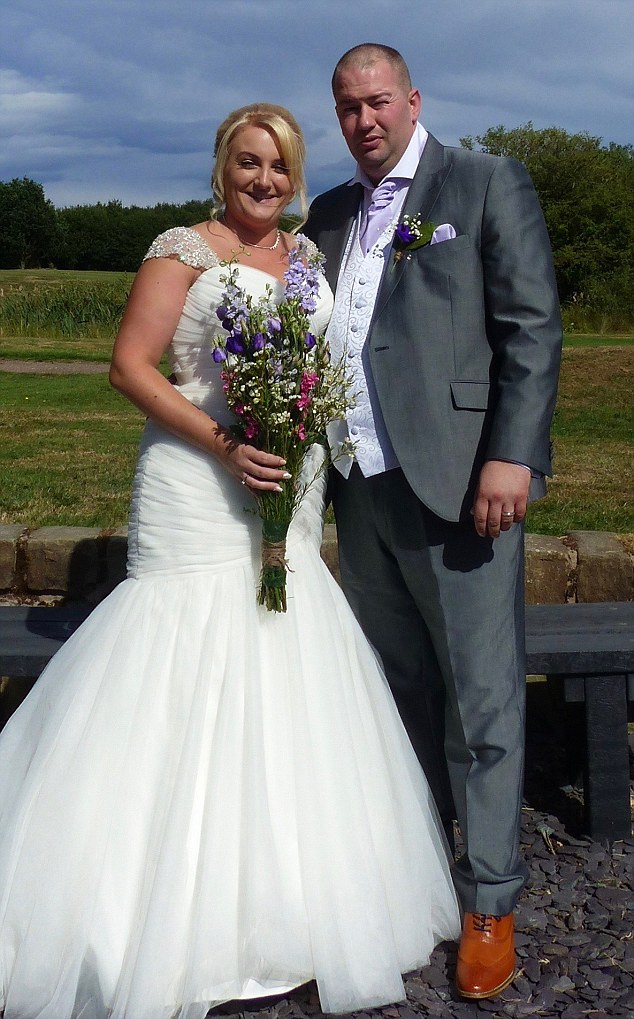