Hundreds of Australian travellers being kept in mandatory quarantine in Sydney hotels are set to end their two-week confinement in time for Easter.

About 1300 people who arrived at Sydney International Airport after the clampdown on March 29 are finishing their 14-day quarantine on Saturday, NSW Police said.

International arrivals who arrived in Sydney on March 29 will be allowed to go home today (pictured: travellers queuing for buses to take them to hotels)

They will undergo a final health check before they are allowed to leave for their homes around the country.

Police are overseeing the departures, assisted by health authorities, the Australian Defence Force and hotel staff.

Coaches will run to Sydney’s airport throughout the day, but some won’t be able to return to their home states on Saturday due to flight schedules.

‘The remaining travellers are being assisted with alternate arrangements, as required,’ police said in a statement on Saturday. 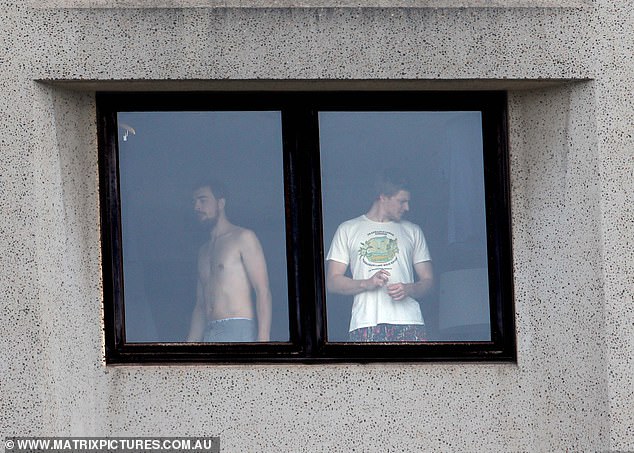 Hotel quarantine: Two men look bored as they self-isolate at the Intercontinental Hotel in Sydney 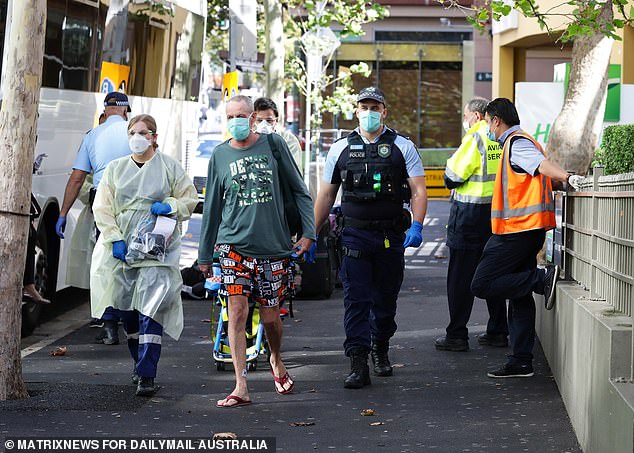 ‘The operation will run each day as returned travellers continue to complete their mandatory quarantines and depart hotels across Sydney CBD.’

The NSW health minister issued an order directing all overseas arrivals to go directly to a quarantine facility from March 29 to combat the coronavirus pandemic.