The Queen and Prince Charles reportedly held an emergency meeting over the scandal engulfing Prince Andrew and his friendship with Jeffrey Epstein.

There is said to be a ‘growing frustration’ among members of the royal family over the international attention Prince Andrew’s ties to the billionaire’s sex trafficking case is bringing.

On Tuesday a US prosecutor accused the Duke of York of ‘zero co-operation’ with their investigation in claims Epstein trafficked dozens of girls to be abused.

In response to the FBI’s claims, the Andrew’s friends said he would be happy to speak to US investigators but ‘hasn’t been approached yet’.

However, New York state attorney Geoffrey Berman, insisted that was not true, claiming the FBI had tried ‘several’ times to arrange an interview with Andrew about his friendship with convicted paedophile Epstein.

Queen Elizabeth is joined by Prince Charles, the Prince of Wales and other members of the royal family at Buckingham Palace earlier this month

Jeffrey Epstein is pictured with his associate and one-time girlfriend Ghislaine Maxwell in 2005. Roberts alleged Maxwell was involved in trafficking girls for Epstein

It was hoped the speculation over the prince’s association with Epstein and accusations by the financier’s ‘sex slave’ Virginia Roberts Giuffre that she had sex with Andrew would die down once the 59-year-old was withdrawn from public life.

But the FBI’s comments this week have come as the Met Police added that their own investigation could be reopened after it was dropped in 2016.

Prince Charles and the Queen met at Sandringham to talk about ‘family matters’ and Prince Andrew’s future public role, according to the Sun.

Earlier this week, Berman stood outside Epstein’s New York mansion and accused the Queen’s son of failing to respond to requests by the FBI and US prosecutors for an interview over his friendship with the financier.

Roberts sued Epstein in 2015 and claims she had sex with the Duke of York three times, including once in London when she was 17, once in New York and another time at Epstein’s private Caribbean island of Little St James.

Prince Andrew has ’emphatically’ denied any relationship with the mother-of-three, who now lives in Cairns in Australia, ‘in any form’ and that he does not recall a 2001 pictured of him with Ms Roberts being taken. 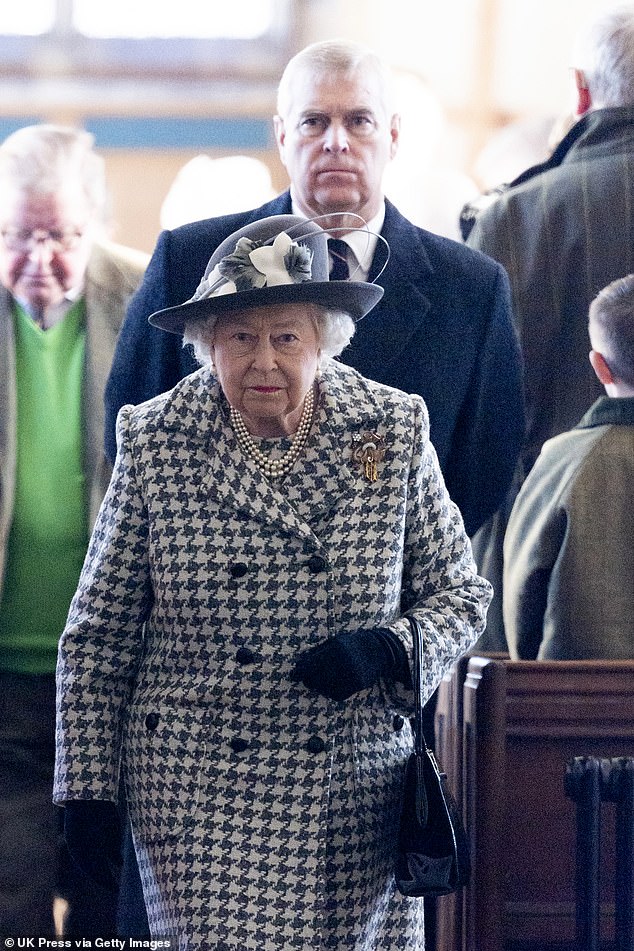 In an interview with BBC Newsnight the Duke of York claimed he does not remember meeting Roberts.

Buckingham Palace declined to comment when asked about the meeting possible meeting between the Queen and the Prince of Wales.