Queen and the Pope lead world leaders in congratulating Biden

The Queen and the Pope led world leaders today in congratulating Joe Biden on his inauguration as the 46th President of the United States.

While the contents of Her Majesty’s message to Biden were kept private, Boris Johnson heralded the ‘step forward’ following a ‘bumpy period’ under Donald Trump.

The triumphal tone was echoed by Germany’s Angela Merkel, French President Emmanuel Macron and other European allies who saw Trump as a political aberration – not least after the deadly riot on Capitol Hill two weeks ago.

EU chief Ursula von der Leyen called it ‘the moment we’ve been awaiting so long,’ while Macron said: ‘Welcome back to the Paris Agreement’ – taking a dig at Trump’s withdrawal from the deal.

Pope Francis urged the devout Catholic Biden to bring about reconciliation in the US and to build a society ‘marked by authentic justice and freedom,’ while Justin Trudeau called for unity to ‘promote inclusion and diversity.’

President Joe Biden speaks at the Presidential Inauguration at the U.S. Capitol in Washington after being sworn in as 46th President of the United States 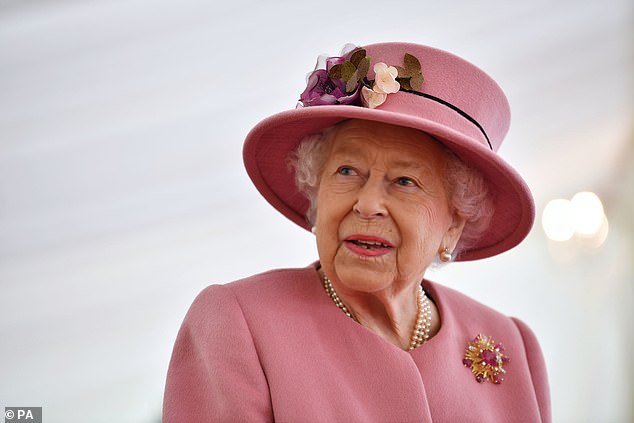 Queen Elizabeth II sent a private letter to Joe Biden, Buckingham Palace said (pictured: Her Majesty at the Defence Science and Technology Laboratory (DSTL) at Porton Down in October) 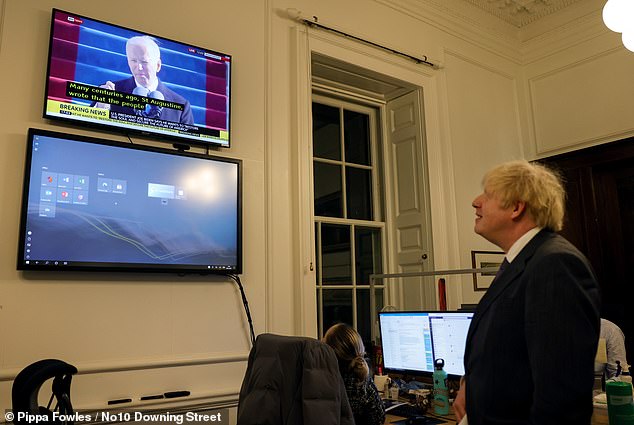 The Prime Minister, who watched the inauguration from Downing Street (pictured) said America’s leadership is ‘vital’ to the rest of the world, from tackling the climate crisis to the coronavirus pandemic 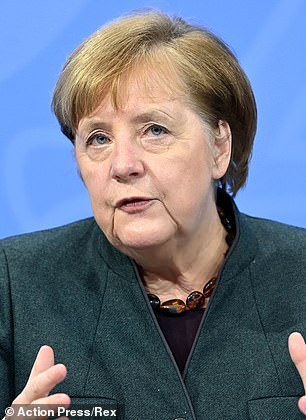 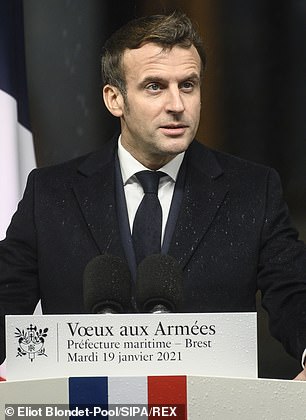 Merkel praised the ‘true celebration of American democracy,’ saying: ‘I look forward to a new chapter of German-American friendship and cooperation.’

And the other major players in the EU made plain their feelings about the last four years.

‘This new dawn in America is the moment we’ve been awaiting for so long,’ said European Commission President Ursula von der Leyen, hailing Biden’s arrival as ‘resounding proof that, once again after four long years, Europe has a friend in the White House.’

‘We have our differences and they will not magically disappear. America seems to have changed, and how it’s perceived in Europe and the rest of the world has also changed,’ added Michel, whose open criticism of the Trump era contrasted with the silence that mostly reigned in Europe while the Republican leader was in the White House.

Canada’s Justin Trudeau said he was committed to working with the Biden administration to ensure financial prosperity between the neighbours, while highlighting the importance of unity amid the pandemic.

‘Our two countries are more than neighbours – we are close friends, partners, and allies,’ Trudeau said.

‘Canada and the United States have worked side-by-side to tackle some of the greatest challenges we have faced in our history. We will continue this partnership as we fight the global COVID-19 pandemic and support a sustainable economic recovery that will build back better for everyone.

‘We will also work together to advance climate action and clean economic growth, promote inclusion and diversity, and create good middle class jobs and opportunities for our people while contributing to democracy, peace, and security at home and around the world.’

Britain’s Prime Minister Johnson, who had a close but sometimes difficult relationship with Trump, said it was a ‘big moment’ for the UK-US relationship.

The PM told reporters: ‘When you look at the issues that unite me and Joe Biden, the UK and the United States right now, there’s a fantastic joint common agenda.

‘I really congratulate Joe and Kamala Harris on their achievement, on their inauguration today.

‘It’s a fantastic thing for America, a step forward for the country that has been through a bumpy period. And for us and America it’s a big moment.’

The two men are expected to meet for the first time this summer when the G7 meeting of world leaders takes place in Cornwall.

The first in-person meeting of the G7 in almost two years will be held in June in Carbis Bay, which has a population of just over 3,000.

The Queen could also meet Biden for the first time if he makes that visit. 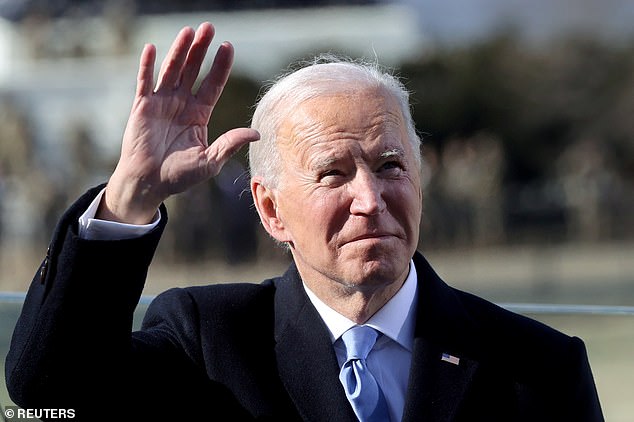 Mr Biden took the oath of office during a ceremony at the US Capitol this afternoon, taking office at 5pm UK time 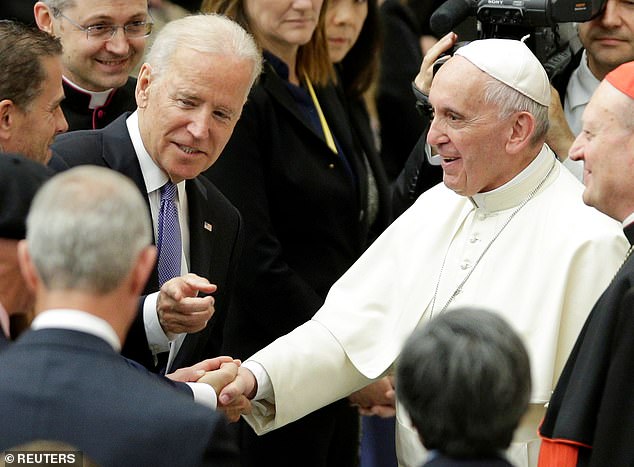 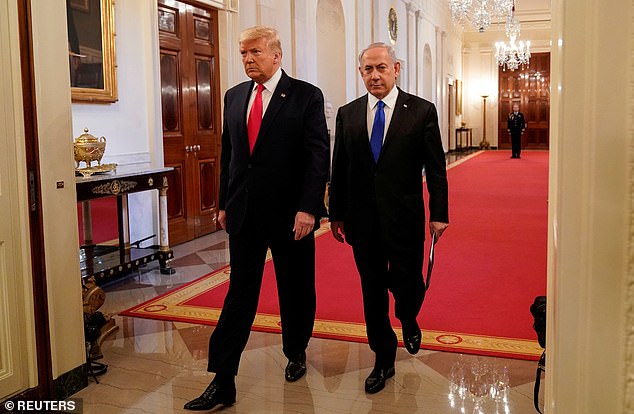 ‘I look forward to working with you to further strengthen the U.S.-Israel alliance, to continue expanding peace between Israel and the Arab world and to confront common challenges, chief among them the threat posed by Iran,’ Netanyahu said.

Palestinian President Mahmoud Abbas, who has accused Trump of unfair bias toward Israel with policies like moving the U.S. Embassy to Jerusalem, expressed hope for a more even-handed approach from Biden.

He urged ‘a comprehensive and just peace process that fulfills the aspirations of the Palestinian people for freedom and independence.’

Pakistani Prime Minister Imran Khan, whose country has had a tumultuous relationship with Washington, having been criticised for aiding the Afghan Taliban, said in a tweet he looked forward to building a stronger partnership through trade, economic engagement and countering climate change.

In Latin America, Biden faces immediate challenges on immigration and the leaders of the two most populous countries – Brazil and Mexico – were chummy with Trump. The Trump administration also took a hard line against governments in Cuba, Venezuela and Nicaragua, expanding painful sanctions.

In Venezuela, the government of President Nicolas Maduro urged a renewed dialogue with the Biden administration, while hoping the incoming president abandons the avalanche of damaging sanctions Trump imposed to attempt a regime change. 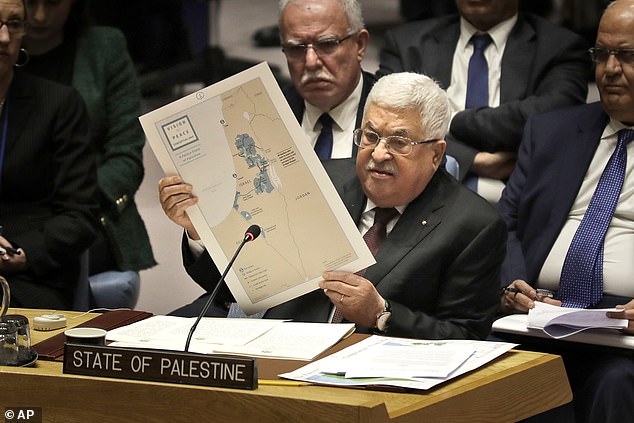 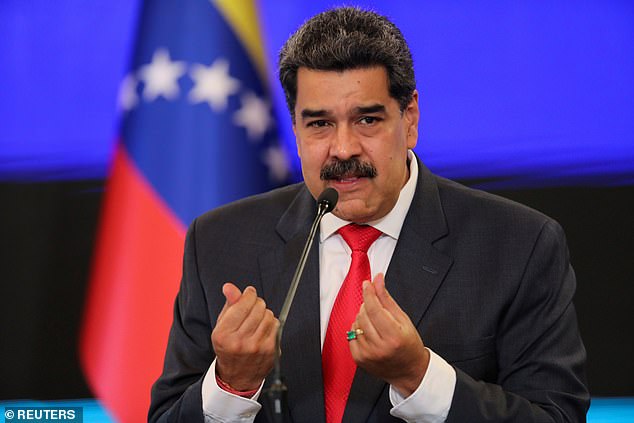 enezuelan President Nicolas Maduro gestures as he speaks during a news conference following the ruling Socialist Party’s victory in legislative elections that were boycotted by the opposition in Caracas, Venezuela December 8 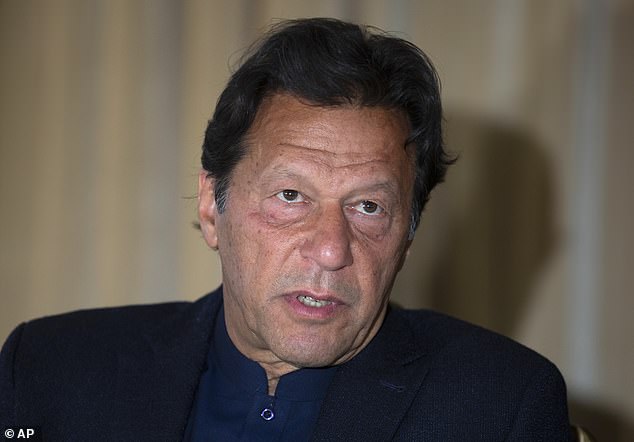 An estimated 5 million Venezuelans have migrated out of the South American nation in recent years, fleeing shortages of food, medicine and basic services such as running water and gasoline, despite sitting atop the world’s largest crude reserves.

Carlos Vecchio, Guaido’s envoy in Washington who the U.S. recognizes as Venezuela’s ambassador, tweeted photos of himself standing in front of the inauguration ceremony Wednesday.

The invitation to attend was touted by Venezuela’s opposition as evidence the Biden administration will continue its strong support and resist entreaties by Maduro to engage in dialogue that the U.S. has strenuously rejected until now.

Cuba’s leaders perhaps have a more realistic hope for improved relations. After all, Biden was in the White House for the historic thaw in relations in 2014. Various officials said they were willing to reopen a dialogue with Washington if there was respect for Cuba’s sovereignty.

President Miguel Diaz-Canel railed against Trump via Twitter, citing ‘more than 200 measures that tightened the financial, commercial and economic blockade, the expression of a despicable and inhuman policy.’

In Mexico, President Andres Manuel Lopez Obrador, who cultivated an unexpectedly friendly relationship with Trump and was one of the last world leaders to recognize Biden’s victory, read from a letter he sent to Biden in 2012, calling for a reorienting of the bilateral relationship away from security and military aid and toward development.

He urged Biden to implement immigration reform, and added: ‘We need to maintain a very good relationship with the United States government and I don’t have any doubt that it’s going to be that way.’

Joe Biden addressed the country for the first time as president and declared to the nation that ‘democracy has prevailed’ – after a chaotic transition where his predecessor Donald Trump denied his election win and never congratulated him.

After the contentious contest, in which Trump falsely accused him of stealing the election, Biden paid tribute to the peaceful transfer of power and the resilience of American democracy.

‘This is America’s day. This is democracy’s day – a day of history and hope, of renewal and resolve, for crucible for the ages America has tested anew and America has risen to the challenge. Today we celebrate not a candidate, but a cause, the cause of democracy,’ he noted.

The 78-year-old thanked his predecessors of both parties for being at his swearing-in. Former Presidents Barack Obama, Bill Clinton and George W. Bush attended – making Trump’s absence even more notable. Trump skipped the event, flying to Mar-a-Lago after organizing his own pep rally sendoff, telling supporters and family members ‘Have a good life, we will see you soon.