Queen of the cobbles! Monarch is radiant in blue as she meets the cast of Coronation Street outside the Rovers Return on a visit to the set in Manchester

The red carpet was rolled out outside the Rovers Return as the Queen paid a visit to the set of Coronation Street today.

Resplendent in a blue coat and matching hat, the Queen, 95, beamed as she met long-standing cast members William Roache, Barbara Knox, Sue Nicholls and Helen Worth on the set at Media City UK, in Manchester.

The monarch stopped to chat to the actors and heard about how filming of the soap, which celebrated its 60th anniversary last year, was impacted by the Covid-19 pandemic.

Later the Queen will visit a separate part of the set where the interior of the Rovers Return is located. 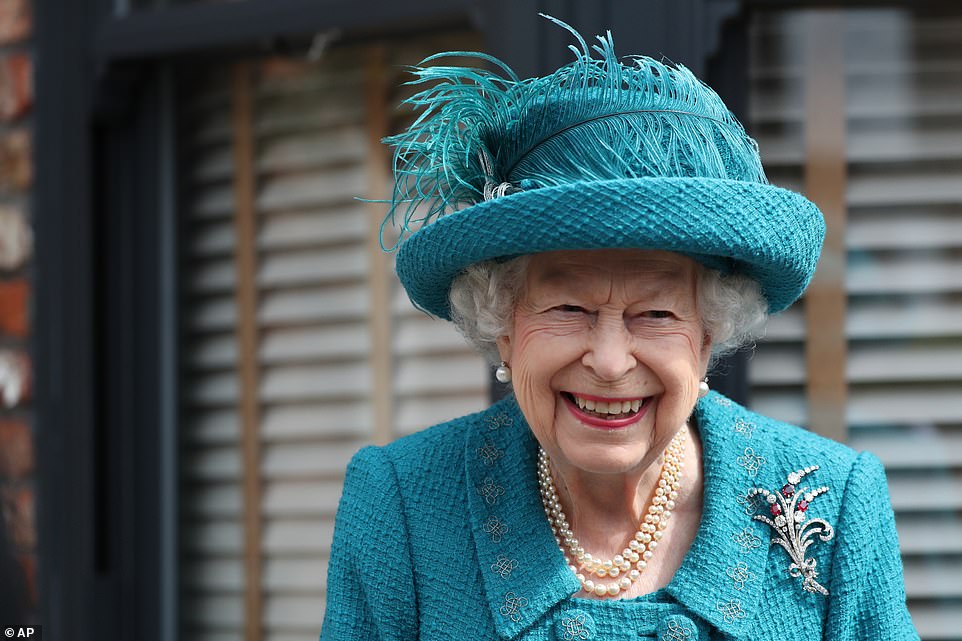 The Queen looked stunning in a blue tweed hat and matching coat dress, which she adorned with a glittering brooch 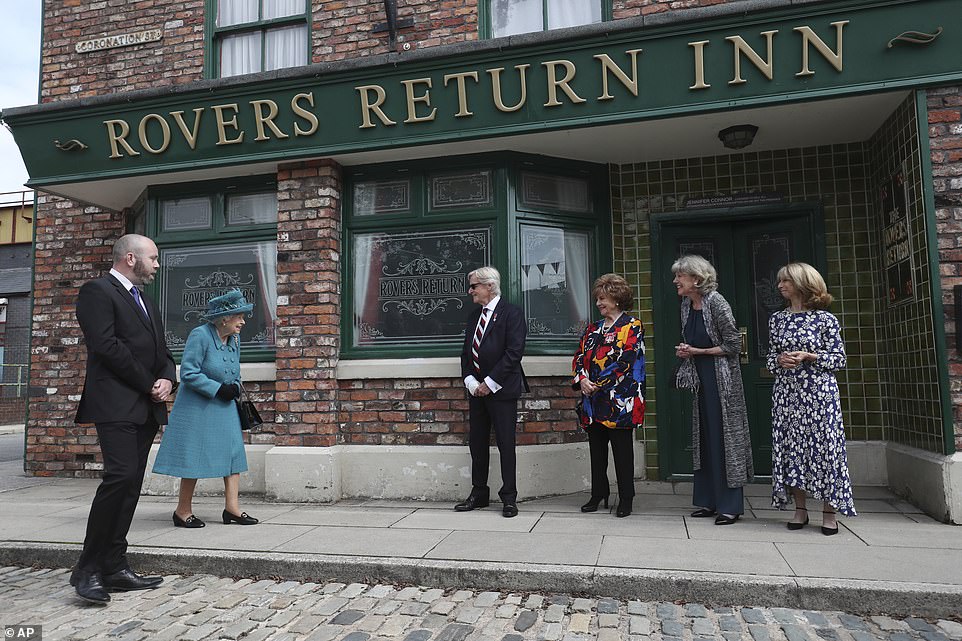 The Queen was greeted by William Roache, Barbara Knox, Sue Nicholls and Helen Worth outside the Rovers Return

The Queen was greeted by Sir Peter Bazelgette, Chairman of ITV, and John Whiston, Managing Director of Continuing Drama.

During today’s visit she will meet long-serving cast members before taking a trip down the famous cobbles and popping into the Rover’s Return.

She will also speak to cast and crew to learn about how working practices on the long running soap opera were adapted to allow filming to continue during the pandemic.

After months of virtual engagements and a smattering of outings, the Queen has been ramping up her public schedule in recent weeks – and has appeared in excellent spirits while doing so.

Last week the monarch attended the Royal Windsor Horse Show – one of her favourite events – four days in a row, after starting the week in Scotland with Prince William and Princess Anne. She also hosted Angela Merkel at Windsor on Friday.

Speaking exclusively to FEMAIL, Phil Dampier, who has written about the royal family for 35 years, explained that although the Queen was ‘devastated’ by Prince Philip’s death in April, she has been determined to carry on with public duties because he would want her to ‘live life to the full’. 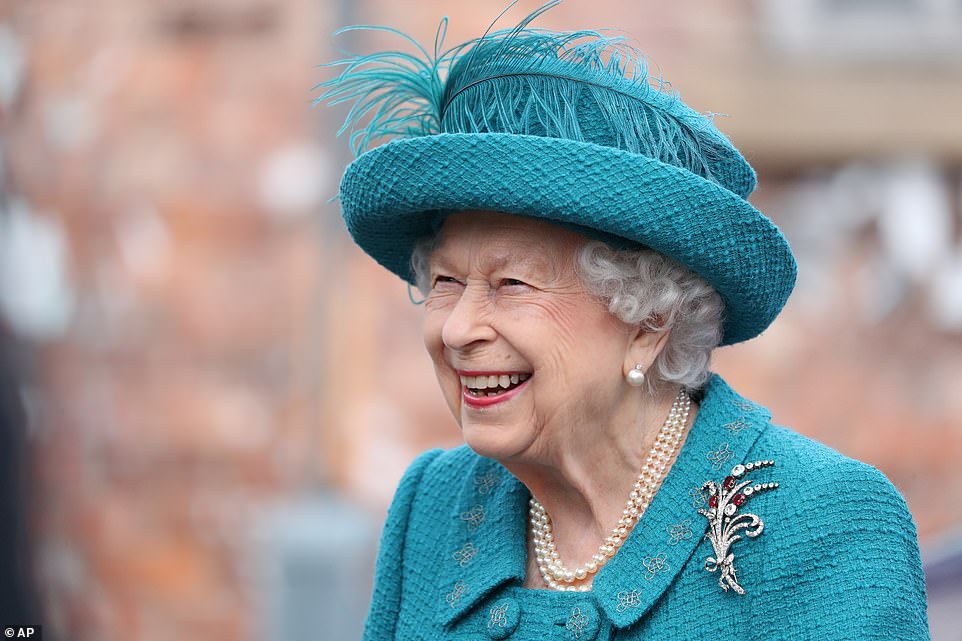 He added that the easing of lockdown restrictions has given the Queen ‘new energy’ and she is carrying out her duties with renewed ‘enthusiasm’.

‘Some might think it is strange that she is so happy so soon after Prince Philip’s death, but I think there is a simple explanation,’ Mr Dampier explained.

‘I’m sure she was devastated by his passing – after all they were married for 73 years. But I’m sure that he told her to enjoy what was left of her own life.

‘He would not want her to sit around mourning him like Queen Victoria did for Albert, and I bet he would want her to carry on living life to the full.

‘Ironically they spent a lot more time together at the end because of lockdown. His death wasn’t unexpected and he had a long and fulfilled life.

‘Like him the Queen is very practical and pragmatic, and she knows he would support her getting out and about.’