Her Royal lime-ness! The Queen turns heads in a neon green and navy hat as she attends Sunday church service at Balmoral with Autumn Phillips

The Queen appeared in high spirits as she attended a Sunday church service in Balmoral today wearing an eye-catching lime green and navy hat.

Her Majesty, 93, braved the cloudy Scottish weather in order to attend the service in nearby Crathie Kirk this morning, alongside Autumn Phillips.

The wife of the Queen’s eldest grandson Peter Phillips, 41, made a rare appearance with the royal as they sat next to one another in the back of a chauffered car.

The Queen appeared in high spirits as she attended a Sunday church service in Balmoral today, alongside Autumn Phillips

Looking a picture of elegance, the monarch donned a neon green headpiece, featuring a large bow, and a smart navy blazer.

A three-tier string of pearls and a vibrant red lipstick finished the look.

Autumn was all smiles as she sat alongside the monarch, clad in a white blouse and a black jacket, embellished with gold hemming.

The mother-of-two finished off her look with a vibrant orange headpiece and a smattering of glamorous make-up.

Princess Margaret’s son Viscount Linley, 57, was also in attendance for the service today. 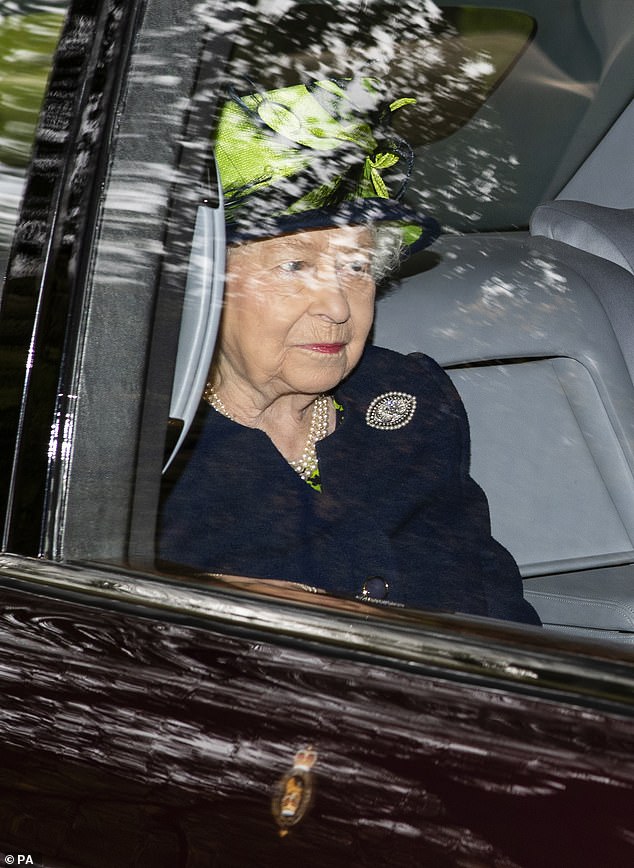 Looking the picture of elegance, the monarch donned a bright green hat, featuring a large bow, and a smart black blazer

Earlier this month the pair were seen enjoying one another’s company at the Highland Games Gathering in the small Aberdeenshire village of Braemar.

It will be one of the last outings in Balmoral this year for the Queen, as she usually returns to London in October following her annual summer break north of the border. 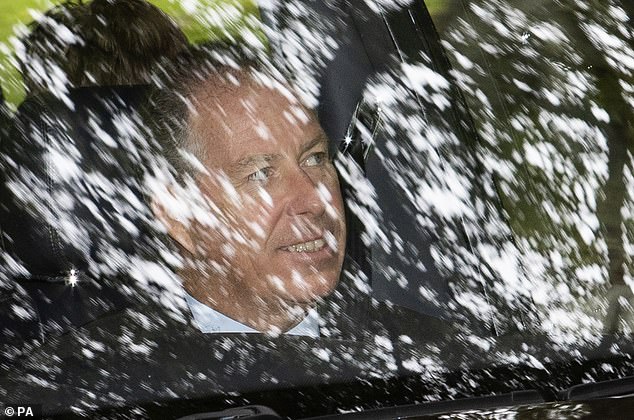