Queen Elizabeth I was behind a late 16th century manuscript translation detailing the history of the Roman Empire, researchers believe.

The manuscript, which is preserved in the Lambeth Palace library at the official London residence of the Archbishop of Canterbury, is a Latin-to-English translation of Annales – a history by Tacitus of the Roman Empire from the reign of Tiberius to Nero, AD 14-68.

Now historians who analysed the translation’s style and handwriting say the Virgin Queen was the author.

Analysing key indicators such as handwriting and paper stock, experts determined that the monarch who ruled from November 17, 1558 until her death on March 24, 1603 is behind the translation of Tacitus’s Annales

In other translations, her extreme horizontal ‘m’, the top stroke of her ‘e’ and the break of the stem in ‘d’ have made her handwriting easily identifiable.

Historians were also able to identify the paper used for the Tacitus translation – which they claim reveals a court context. 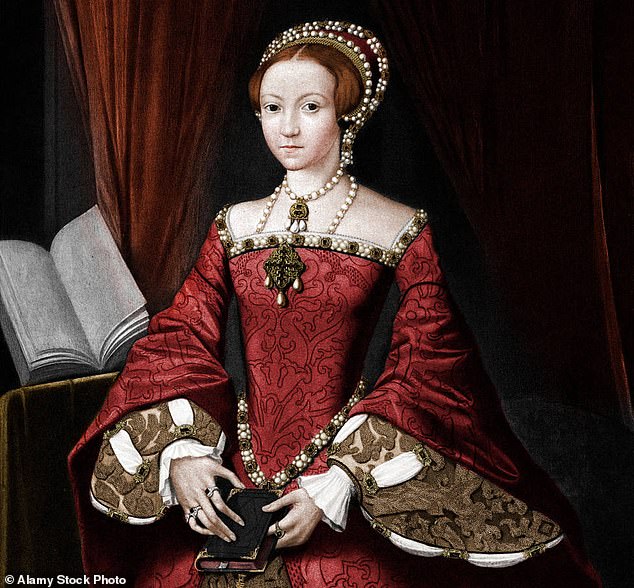 Elizabeth I’s portrait painters couldn’t show that she had aged as to avoid any sign of weakness. The above painting is thought to date back to 1547

In addition, the paper had watermarks featuring a rampant lion alongside the initials ‘G.B.’, with crossbow countermark, which those studying the record say were particularly popular with the Elizabethan secretariat in the 1590s.

These watermarks can also be found on Elizabeth I’s other translation documents and in her own personal correspondence letters. 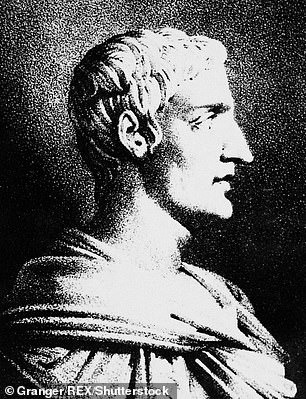 Elizabeth I used paper with the same watermarks in her translation of Boethius, and in personal correspondence.

The tone and style of the translation also matches her earlier known works.

Elizabeth I’s translation focuses on the first book of the Annales, which sees the death of Augustus and the rise of the emperor Tiberius, based on original works by Roman historian and senator Tacitus.

The Lambeth manuscript retains the density of Tacitus’s prose and brevity, and strictly follows the contours of the Latin syntax at the risk of obscuring the sense in English.

The research team, whose findings were published in the Review of English Studies, traces the manuscript’s transmission from the Elizabethan Court to the Lambeth Palace Library, via the collection of Archbishop Thomas Tenison in the 17th Century. 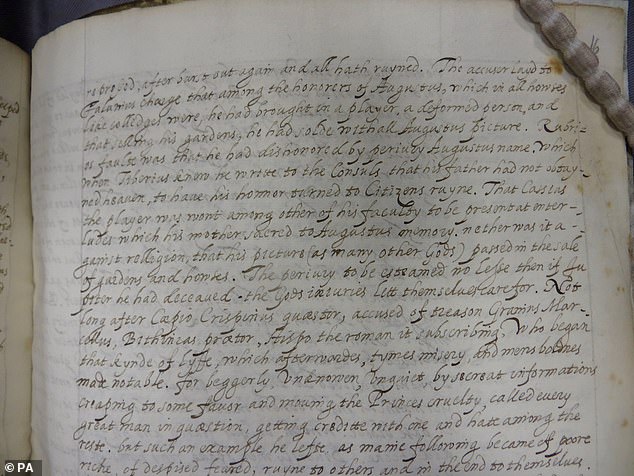 Thanks to his interest in the Elizabethan court and in Francis Bacon, Tenison made the library at Lambeth one of the largest collections of state papers from the Elizabethan era.

Researchers from the University of East Anglia say the discovery could have important implications on our understanding of the political and cultural nature of the Elizabethan court.

Lead author John-Mark Philo, a research fellow said:  ‘The corrections made to the translation are a match for Elizabeth’s late hand, which was, to put it mildly, idiosyncratic. 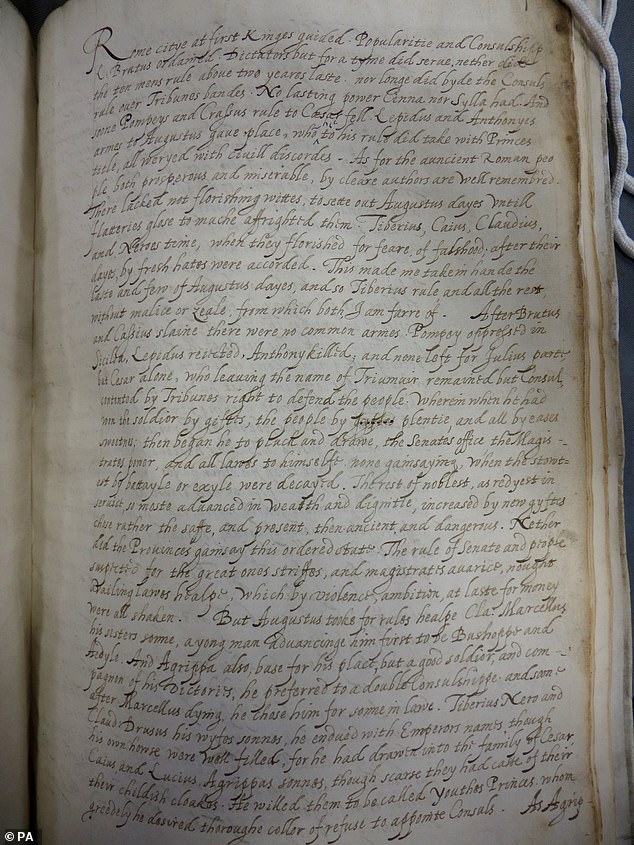 Queen Elizabeth I was behind the late 16th century manuscript translation detailing the history of the Roman Empire, researchers believe

‘The higher you are in the social hierarchy of Tudor England, the messier you can let your handwriting become. For the queen, comprehension is somebody else’s problem.

‘We already knew she’s great with languages – Latin, French, Italian. She’s familiar with Spanish and Greek – she actually starts using some of the Greek alphabet in her own handwriting.’ 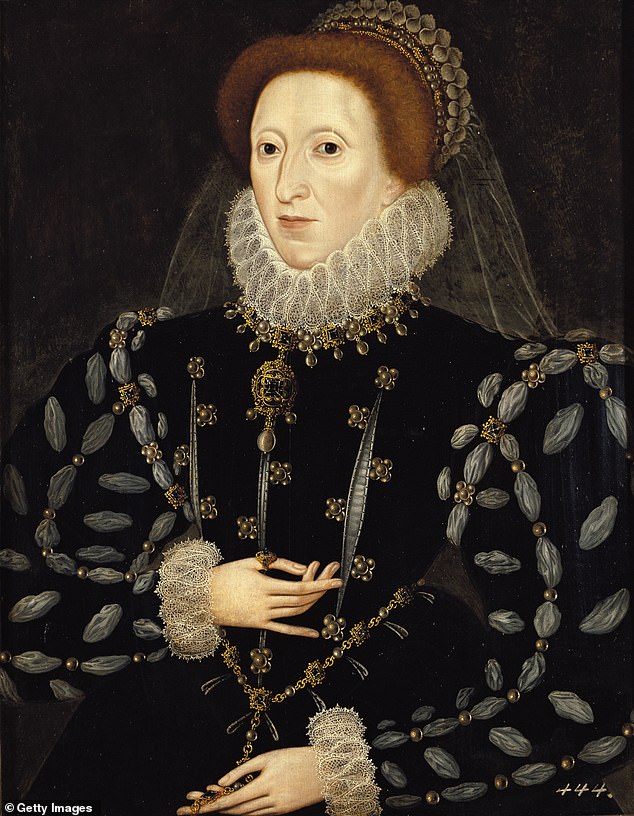 Elizabeth, painted here around 1575, became a lasting symbol of continuity and of reassurance through her portraits