Queen gave Harry and Meghan Frogmore Cottage as she feared pair would quit the UK forever without a permanent base, sources say

By Vanessa Allen and Rebecca English for the Daily Mail

The Queen made clear that she wanted Harry and Meghan to stay at Frogmore Cottage because she feared they could otherwise leave the UK – and her family – for good.

In the negotiations, the monarch was keen for her grandson to retain a comfortable home in this country so that he remains a part of the Royal Family.

As a result, the couple offered to pay back the £2.4million of taxpayers’ money taken from the Sovereign Grant to fund the massive renovations at their home on the Windsor estate.

A source told the Mail: ‘It is very telling that the Queen makes clear [in her statement] that she has given them a home on her favourite estate and that they are going to keep it. She wants them to have a family home in the UK.

The couple offered to pay back the £2.4million of taxpayers’ money taken from the Sovereign Grant to fund the massive renovations at their home on the Windsor estate (pictured)

‘But they were constantly being beaten up about the cost of the Frogmore renovations. So there was no hesitation in their mind of offering to pay the money back in order to be free of any public obligations.’

Other sources said the fact that the Queen made a point of saying that she wanted them to have a home in the UK suggested that she was concerned they would not come back often if they did not have a home here.

Harry and Meghan will also start to pay commercial rent on the property to allow them to use it as their base when they are in Britain, and will pay its running costs, whether they are in residence or not. No price has been put on how much that might be. Experts said the five-bedroom cottage in Windsor’s Home Park could cost around £10,000 a month in rent on the open market. 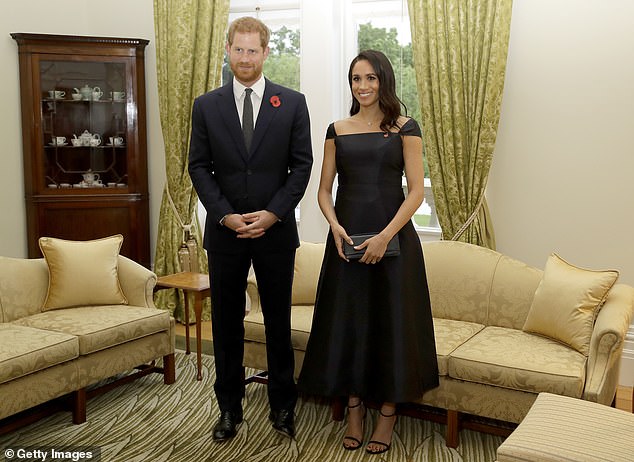 In addition to Frogmore, Harry and Meghan will face the cost of setting up a new home in Canada, where they have been staying in a borrowed house on Vancouver Island.

The couple faced anger when they announced that they wanted to spend most of their time abroad, just months after leaving the taxpayer with a massive bill to have their Windsor home rebuilt.

The Grade II-listed property was converted from five separate apartments into their official residence, which required significant structural work paid through the Sovereign Grant, which funds senior members of the Royal Family. Fixtures and fittings were paid for by Harry and Meghan, and Prince Charles also helped to finance the project.

It was reported last week that the Queen was ‘privately unhappy’ over the issue of the cost to the taxpayer. 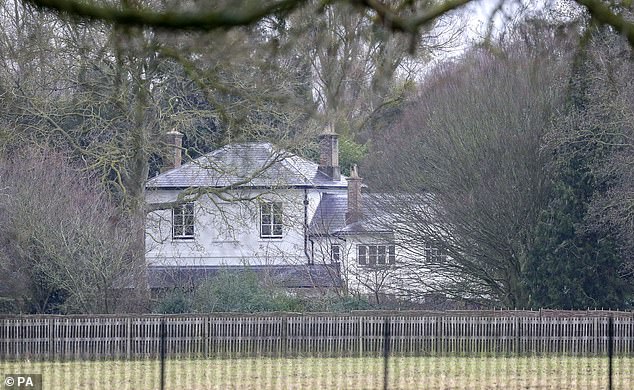 The statement from Buckingham Palace said Harry and Meghan had ‘shared their wish to repay’ the public funds used in the refurbishment. It did not set out how or when the costs will be repaid.

The couple moved into Frogmore just nine months ago after it was offered to them by the Queen.

The two-storey, stucco-faced building is in the grounds of Frogmore House, a 17th century manor house that is part of the Crown Estate.

The couple previously lived in Nottingham Cottage, in the grounds of Kensington Palace, but said it ‘could not accommodate their growing family’. Their decision to move out of Kensington Palace inevitably fuelled speculation over their rift with Prince William and wife Kate.