Queen Latifah has opened up about being asked to lose weight for roles, saying it always angered her because she felt like she was ‘fine’ the way she was.

The Equalize star, 51, shared her experience as a plus-size woman in Hollywood while appearing on the latest episode of Yahoo Life’s body-positive series All Worthy with Hunter McGrady.

‘I have felt that pressure and I’ve literally been asked to lose weight, through my people the word came,’ Latifah told the plus-size model. ‘Luckily I have people who are like, “Yeah, that’s not going to happen. She’s not losing weight for you.”‘

Candid: Queen Latifah, 51, shared her experience as a plus-size woman in Hollywood while appearing on Yahoo Life’s body-positive series All Worthy with Hunter McGrady 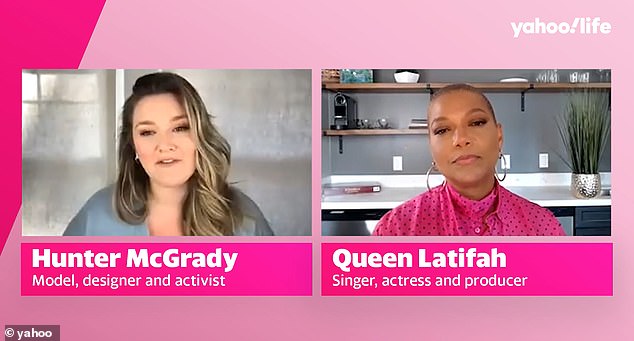 Not giving in: The actress told the plus-size model that she has been asked to lose weight for roles, but her team always refused to comply

Latifah, who was recently awarded the lifetime achievement prize at the 2021 BET Awards, has long served as a role model and a source of inspiration for bigger women.

‘It made me angry because I felt like I was fine. I’m what people look like,’ Latifah recalled. ‘You want me to lose weight? Why? So there’s a whole bunch of women out there who won’t have someone to relate to on TV, is that what you’re trying to get at?

‘Honestly, I knew by me standing up, I was actually standing up for some other people.’

In an interview with Entertainment Tonight, Latifah said she was asked to lose weight while starring on the Fox sitcom Living Single. The rapper played Khadijah James on the show from 1993 to 1998. 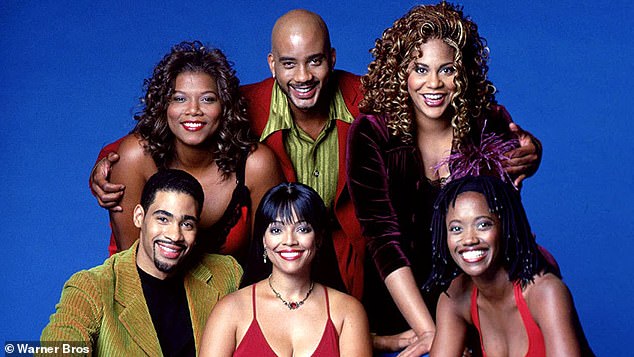 Hard to handle: In another interview, Latifah recalled how she and her Living Single castmates were all asked to lose weight, even though they had four different body types 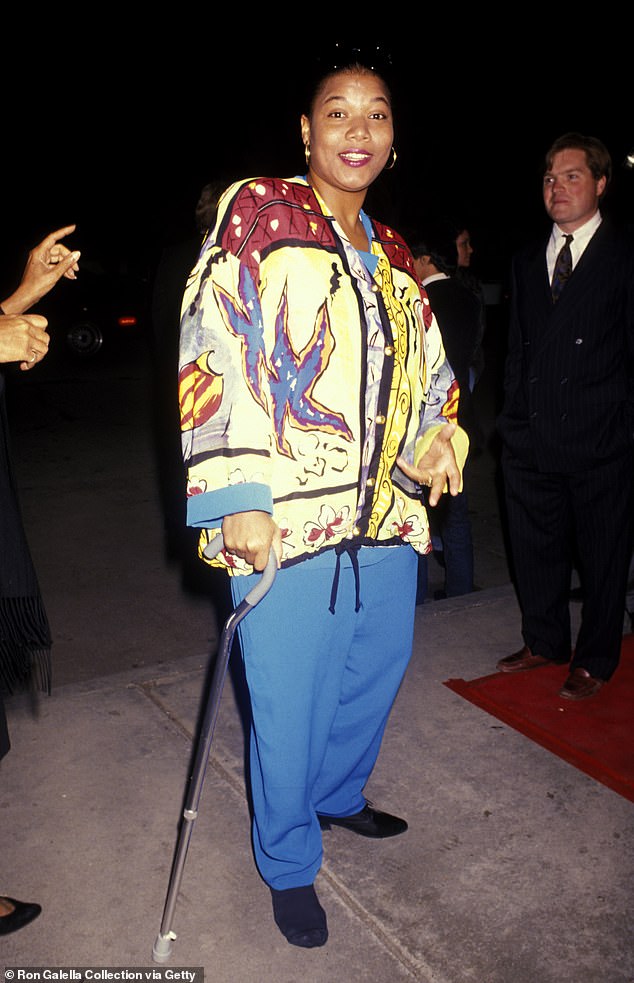 Looking back: The actress admitted it was frustrating to have that pressure put on her, and she knew that by standing up for herself, she was standing up for other plus-size women

‘If anything it angered me and disheartened me, but it really angered me. I said, “We are what women look like, we’re not going to lose weight for whoever’s idea of what we’re supposed to look like.”‘

Latifah, who was born Dana Owens, credited her mother with teaching her to love herself no matter what her size.

She recalled being shamed for her weight in grade school, saying she was always the ‘biggest girl in my class.’ 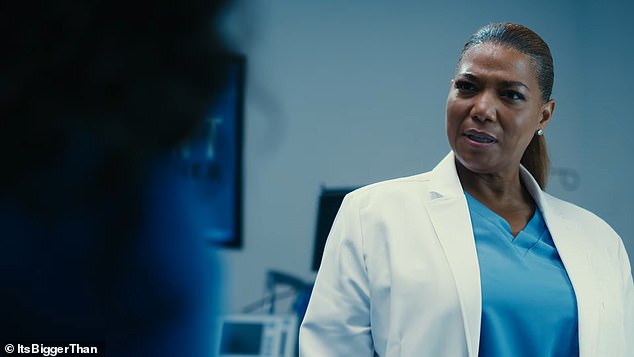 Using her platform: Latifah is now working to destigmatize obesity as the star of the pharmaceutical company Novo Nordisk’s empathetic ‘It’s Bigger Than Me’ campaign

‘Luckily, I had a mom who would tell me, “Love yourself regardless, love comes from the inside,”‘ she shared.

The star is now working to destigmatize obesity as the star of the pharmaceutical company Novo Nordisk’s empathetic ‘It’s Bigger Than Me’ campaign.

Latifah filmed four different PSAs inspired by her past roles for the new campaign, which aims to educate people about obesity and remove the shame and stigma surrounding the health condition. 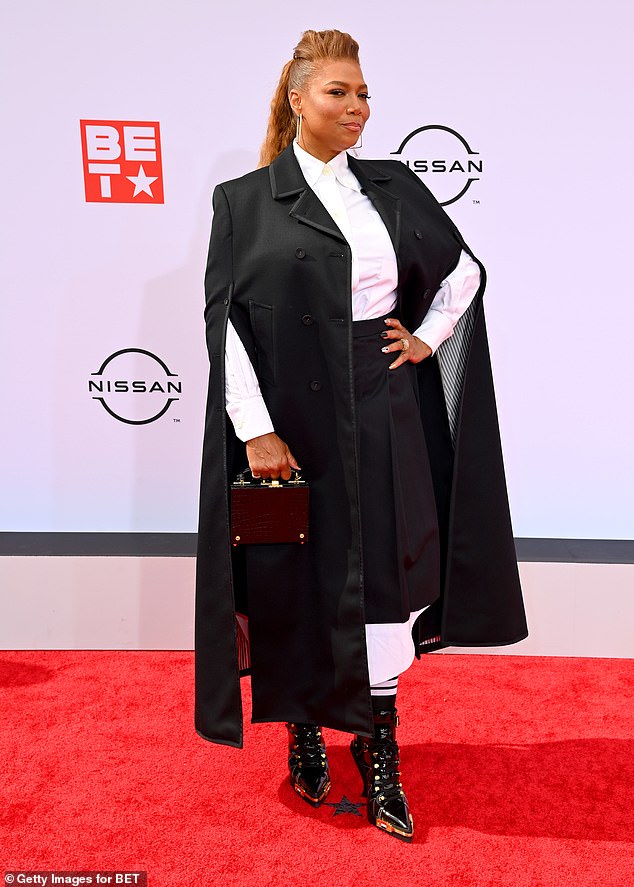 Project: Latifah’s new campaign aims to educate people about obesity and remove the shame and stigma surrounding the health condition 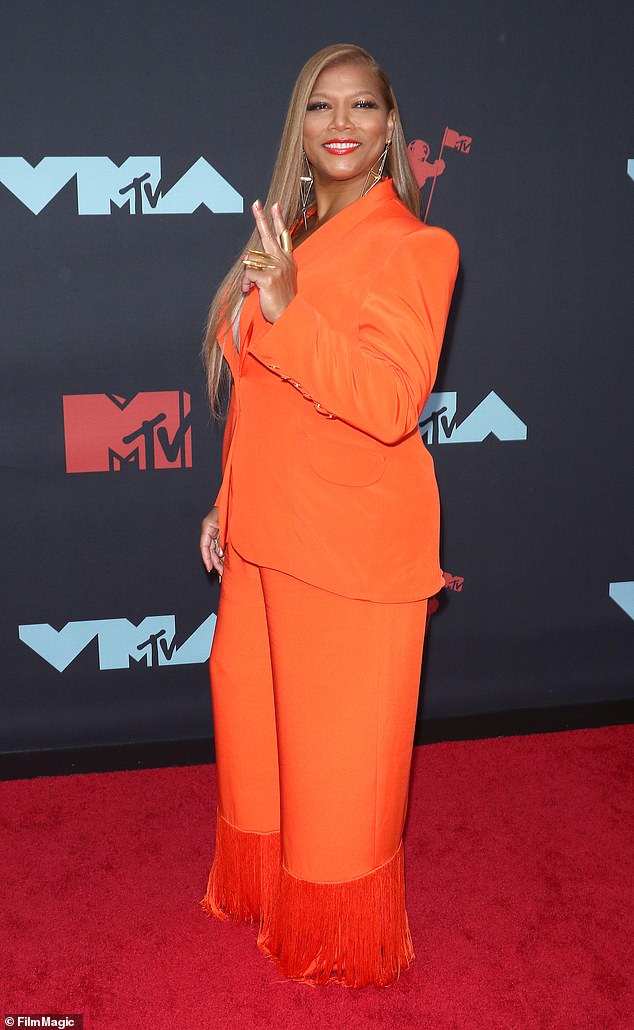 ‘But some things are out of my control and it took someone teaching me that in order for me to understand it. So now I’m partnering with the “It’s Bigger Than Me” campaign so other people can understand it, and hopefully other people will join in and just have a conversation about it.’

Latifah added that she is happy to be at a point in her life when she is looking and feeling good.

‘I’m sexy, I’m feeling good, my body’s right and my swag is on, you know. I’m feeling myself,’ she said. ‘And guess what, I might be a little obese but I’m gonna work on it and I’m gonna keep it in check because I’m on it.

‘We are naturally beautiful, sexual creatures and we live and that is life, so I’m really proud to be doing this project right now at this point in my life. I’m grateful.’