The Queen left the whole room in shock when she delivered a speech in Gaelic during a historic visit to Ireland in  2011, David Cameron has revealed.

The former Prime Minster had joined Her Majesty and Irish Taoiseach Enda Kenny during a visit to Dublin Castle, which Prince Philip helped her to prepared for ‘astutely’.

Writing in the Telegraph ahead of her documentary The Royal Diplomat,  on BBC World Service, Emma Barnett revealed that David Cameron said he can ‘still remember the ‘gasp’ at rolled through the room at Dublin castle when The Queen began speaking in Gaelic, adding it was a ‘brilliant moment’.

Her Majesty opened the speech by saying ‘A Uachtaráin, agus a chairde’ which translates as  ‘President and friends’ before going on to finish in English, adding:  ‘Madam President, Prince Philip and I are delighted to be here, and to experience at first hand Ireland’s world-famous hospitality.’

Meanwhile, Mr Kenny added that the trip went ‘a long way towards repairing the wounds left by the troubles’.

The Queen left the whole room in shock when she delivered a speech in Gaelic during a historic visit to Ireland in 2011, David Cameron has revealed. The Queen and Prince

‘The first thing she did was to agree to come to Ireland,’ he recalled. ‘The second thing was to prepare for it astutely and in detail. You know, deep down, there was not just symbolism, but a massive effort by her and by her late husband to get that visit right.’

He went on that she bought an end  to ‘a great deal of hostility’ and when leaving she told him ‘You know, of all the royal visits that I have conducted in 60 years, this is the one that I really wanted to do.’

The Queen, who celebrates her jubilee next weekend, was the first monarch to visit Ireland in over a century during the historic 2011 trip.

Her grandfather George V was the last King to visit in 1911 before the Republic had secured independence.

Belfast-born Mary McAleese, who was president of the Republic when Philip accompanied Queen Elizabeth on the historic visit, has previously said the late Duke of Edinburgh was ‘on a mission to heal history’ during the trip.

She explained that Philip was even willing to was to meet those who were linked to the death of his uncle Lord Mountbatten, who was killed by an IRA bomb in 1979. 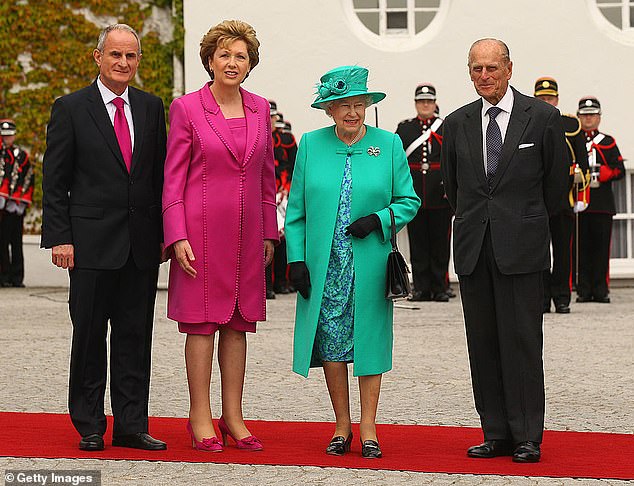 The Queen, who celebrates her jubilee next weekend, was the first monarch to visit Ireland in over a century during the historic 2011 trip. She is pictured with Irish President Mary McAleese and her husband Martin McAleese, and Prince Philip 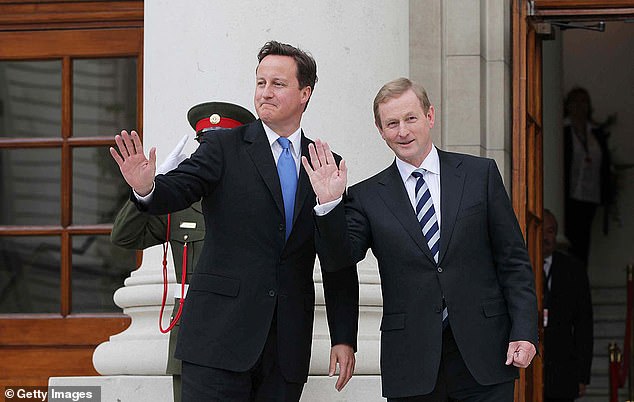 The former Prime Minster had joined Her Majesty and Irish Taoiseach Enda Kenny (pictured together)  during a visit to Dublin Castle, which Prince Philip helped her to prepared for ‘astutely’

Appearing on the Andrew Marr Programme last year, she said: ‘You can understand that security was very high, concerns were high. So he was there, as she has described in the past as her rock, but he was also there as a character in his own right.

‘A man who had come on a mission, as she had come, both of them had come on this mission in their own right to try and heal history, to ensure that for the future these two neighbouring islands would be characterised by good neighbourliness.

‘He wasn’t just there as her company, if you like, her inevitable company, he was also there making a statement.’

Plans had been made for a meeting with Martin McGuinness, the former IRA man who became deputy First Minister of Northern Ireland, but this was opposed by his party, Sinn Fein.

Although the pair subsequently met the following year, Ms McAleese said Philip would have been perfectly happy to do so during the State Visit, despite the murder of his beloved uncle, Lord Mountbatten, by the IRA during the Troubles. 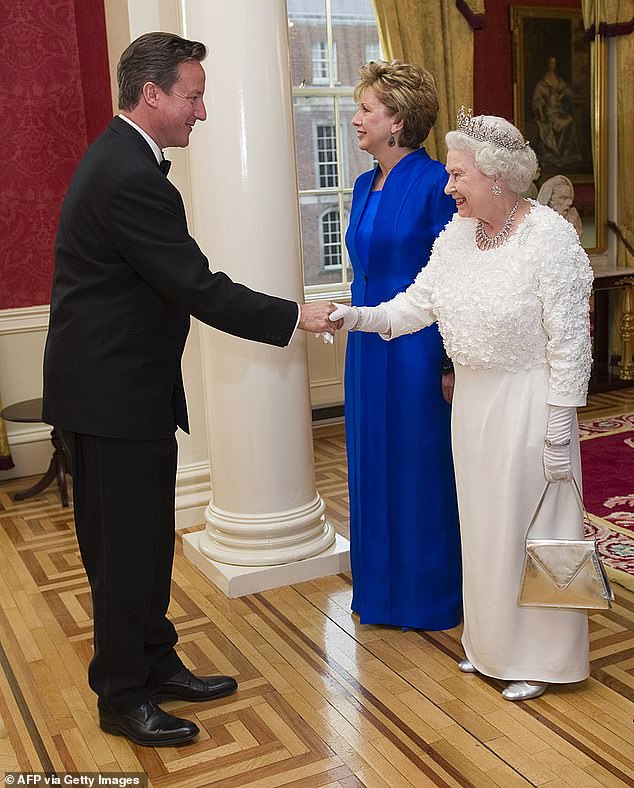 She said: ‘He was willing even then to meet people who have been so closely associated with the murder of a man who had meant so much to him, Lord Mountbatten.’

The royal couple felt a ‘duty’ to bring about reconciliation between Britain and Ireland, she said.

‘I was lucky to have an insight into the desire of both Her Majesty the Queen and Prince Philip for precisely that reconciliation.

‘They both gave me to understand that they really wanted to visit Ireland, they wanted it to be part of a process of reconciliation.

‘They saw themselves as people who had a duty to do whatever they could, by way of bringing about that reconciliation between neighbours.

‘And so, when they came in 2011, it was at the end of a long process. We had the Good Friday Agreement and that was a long, long, political journey to get to the point where we could offer that visit to Her Majesty the Queen.

‘And, of course, when they both came they were greeted very warmly. Why? Because people recognised in them, in every gesture and everything they did, in the speech that the Queen gave, they recognised people who weren’t just there as state visitors but in some ways were on a kind of pilgrimage of reconciliation.’