By Hana Carter For Mailonline

Queen Mathilde of Belgium was the picture of elegance during a visit to Luxembourg on the arm of the King.

The smiling Queen, who at one point was snapped giving her husband’s arm a loving squeeze, sported a bold wrap dress with a striking red and gold print.

She and King Philippe appeared to be in high spirits, smiling as they were greeted by Luxembourg’s Grand Duke Henri and Grand Duchess Maria Theresa at Neumünster Abbey.

Queen Mathilde, 44, lovingly holds on to King Phillippe’s, 57, arm during a speech

Fresh-faced in natural make-up, Queen Mathilde let her statement dress do the talking at the event – an informal meeting of German-speaking countries

She donned a pair of nude pointed heels and clutch bag to complement the outfit.

The informal meeting that took place at the Abbaye de Neumunster in Luxembourg.

This was the 14th informal meeting of the Chiefs of State of the German Speaking countries. 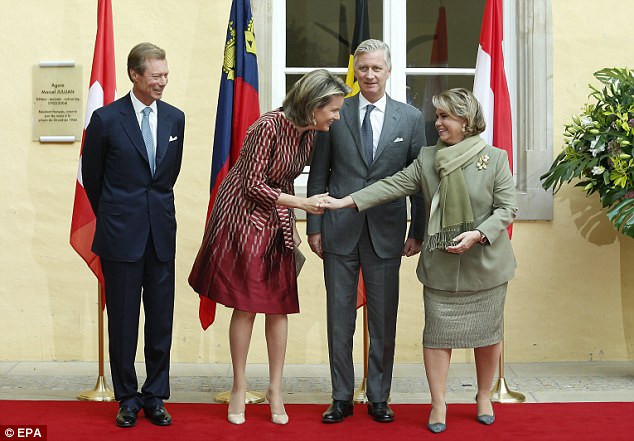 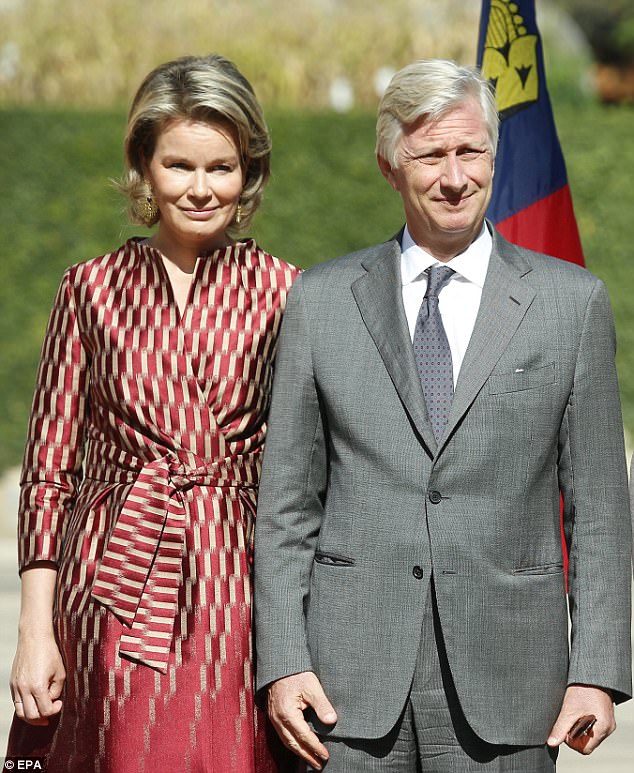 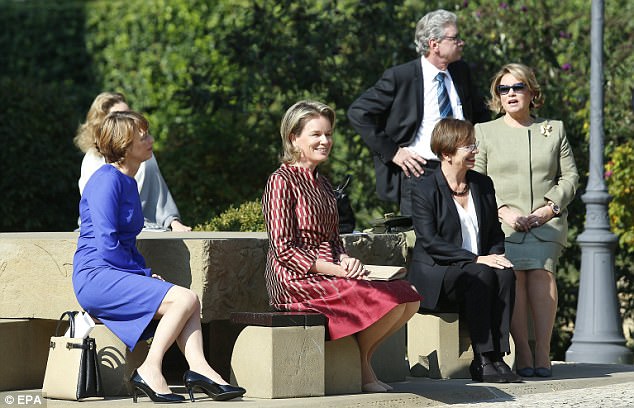 Looking relaxed, Queen Mathilde smiles as she sits in the sun at Abbaye de Neumunster