She is one of Europe’s tallest royals and Queen Maxima added extra height to her stature in the form of a statement hat on Thursday.

The Queen of the Netherlands stepped out in an enormous piece of millinery as she arrived in Enschede for the National Loneliness Congress this morning.

The oversize straw hat will be familiar to Maxima fans as the Queen has worn it on several occasions in the past and owns it in several colours.

The mother-of-three paired her bold headgear with a more muted ensemble for her engagement today.

The 47-year-old wore an elegant nude dress with a delicate lilac embroidery decorating it paired with a simple pair of tan court shoes.

She added a little bling to her outfit with a pair of purple earrings, believed to be from Van Cleef & Arpels.

She swept her golden locks into a low chignon and opted for a soft neutral makeup palette this morning.

The Argentinian born royal was met by rapturous applause as she arrived at the Grolsch Veste in Enschede today. 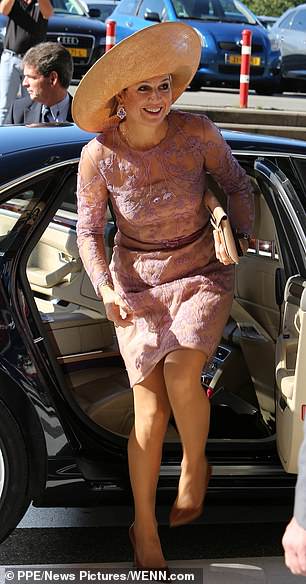 Hundreds of well-wishers had lined the streets in anticipation of her arrival and one was kind enough to present the queen with a bouquet of fresh flowers.

It’s been a busy week for the Dutch royal who on Tuesday joined Ivanka Trump at the Women Entrepreneurs Finance Initiative.

She and the First Daughter joined other entrepreneurs for the initiative that primarily focused on better financing for female entrepreneurs in developing countries. 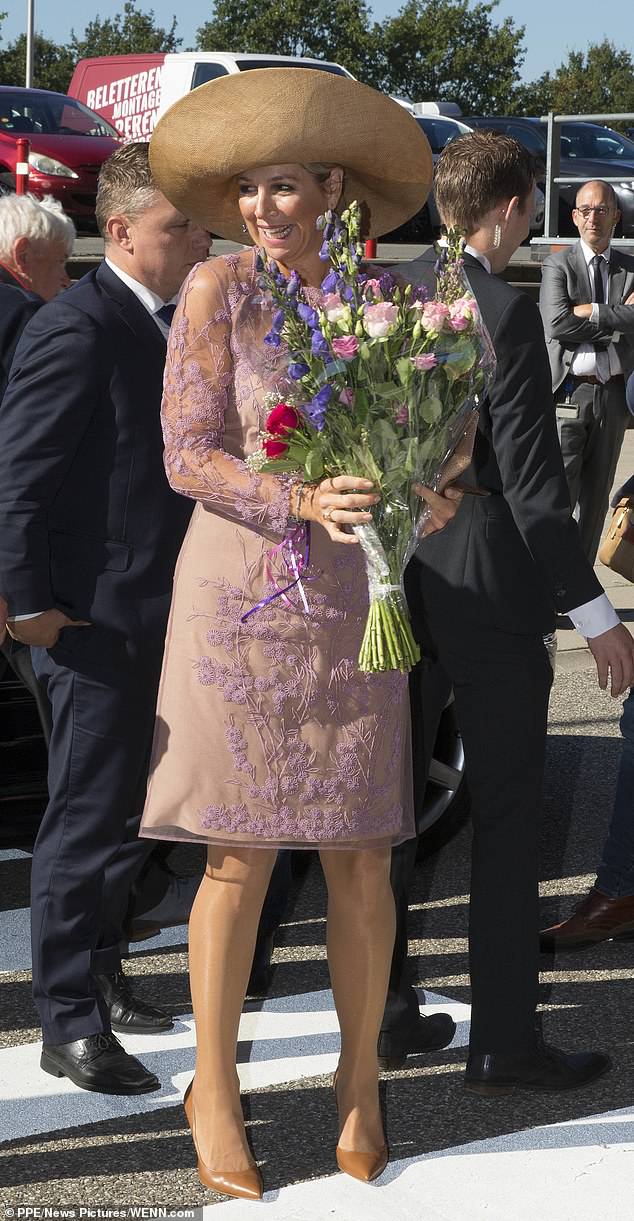 Maxima has endured a difficult few months, recently flying to Buenos Aires for the funeral of her younger sister, Inés Zorreguieta.

Inés took her own life at the age of 33 following a lengthy battle with depression.

Máxima pulled out of several state visits in the wake of Inés death in June, bravely returning to work two weeks later.

Later that month, during a visit to a hospital in Groningen, she appeared to fight back tears as she gave a short speech.