Queen Maxima of the Netherlands power dresses in New York

Queen Maxima of the Netherlands delivered a masterclass in the art of power dressing when she stepped out in an all-red ensemble today.

The Dutch royal, 46, looked elegant in a crimson blazer and matching tailored trousers for an appearance at the Goalkeepers: The Global Goals conference in New York on Wednesday.

Fully committing to the monochrome look, Maxima finished the outfit with a blouse, necklace and a pair of suede heeled shoes in almost exactly the same shade.

Lady in red: Queen Maxima of the Netherlands at the Goalkeepers summit in New York today 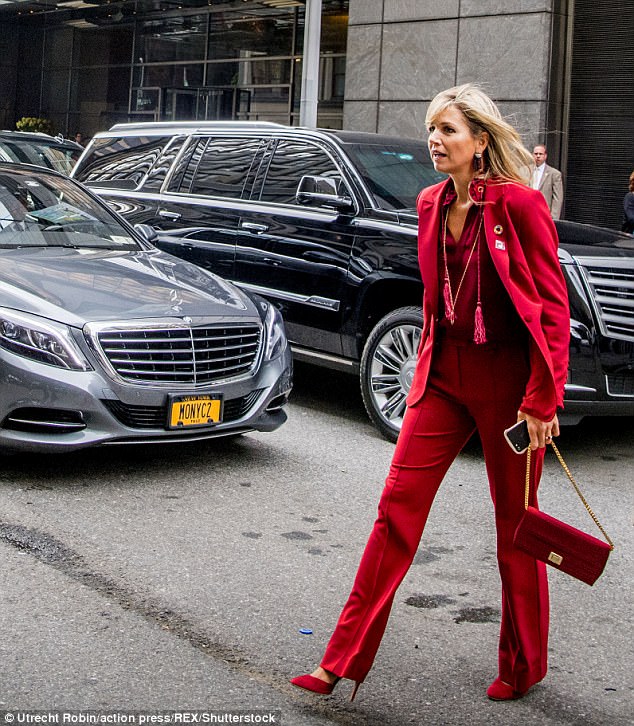 Bold: The Dutch royal’s all-crimson ensemble was at once elegant and fashion-forward

The result was an attention-grabbing yet stylish ensemble in one of autumn/winter’s must-have shades.

Queen Maxima was on hand to deliver a speech at the conference, which is hosted by the Bill and Melinda Gates Foundation.

According to the website, the summit ‘brings together a generation of determined thinkers, doers and givers to help hit the ambitious Global Goals target, in whatever way they can.’ 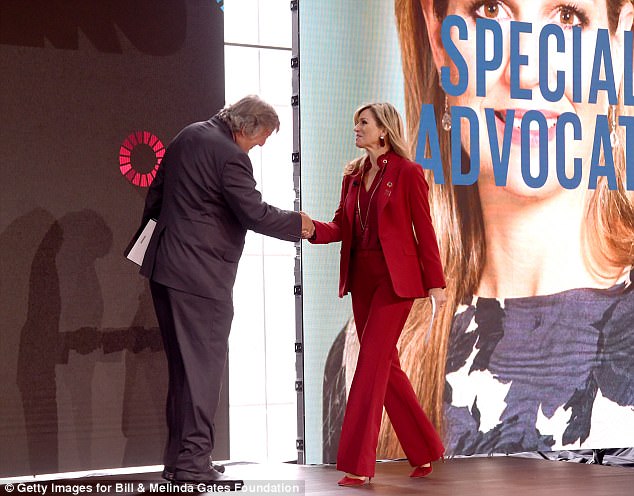 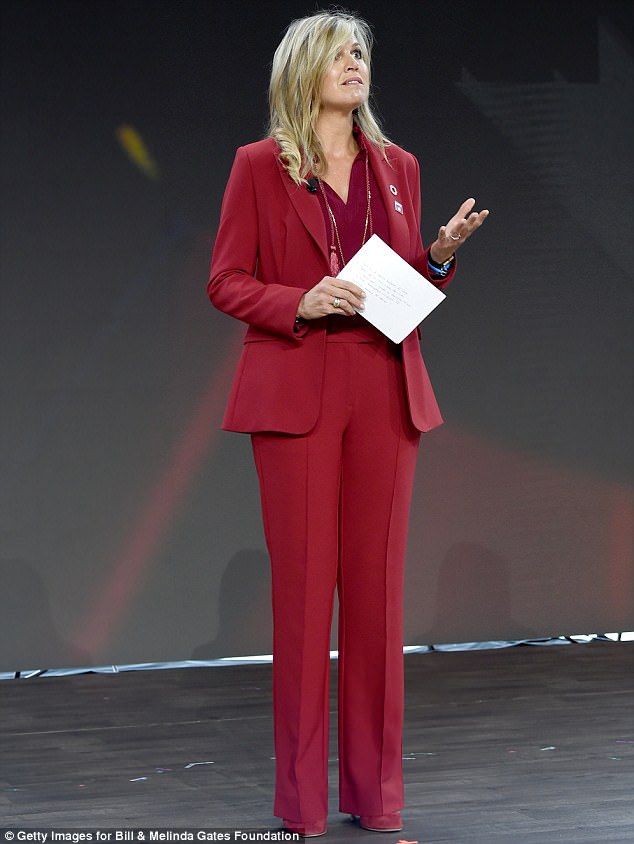 Passionate: The development event is hosted by the Bill and Melinda Gates Foundation

The sleek red ensemble marked a dramatic change from the royal’s formal outfit yesterday as she joined husband King Willem-Alexander to open the new parliamentary session at the Ridderzaal in The Hague.

Thousands of well-wishers lined the route from the palace to the Houses of Parliament to catch a glimpse of the King and Queen Maxima, who wore a ceremonial sash and a dazzling diamond necklace for the occasion.

Amid pageantry and tight security, police installed temporary barriers to block roads near the route and officers patrolled the city as crowds, many wearing orange hats and scarves, cheered the royals. 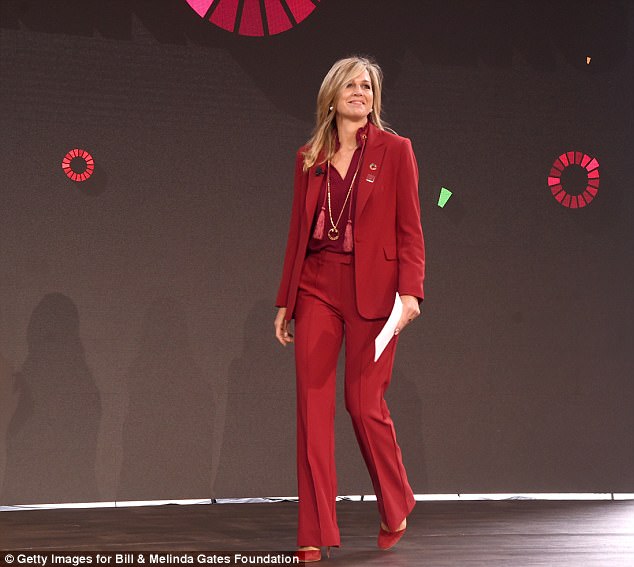 Leaders: The conference brings together global figures passionate about development