The Queen Mother called Wallis Simpson a ‘naughty lady’ and helped to ensure that the Royal Family shunned her wedding to Edward VIII and that the pair were exiled to Paris, secret letters and diaries reveal.

The revelations, which have come from a two-part TV programme, Queen Mum: The Reluctant Queen, help to create a picture of a woman who was more than a dutiful wife.

Instead, as reported by the Sunday Express, the letters indicate a cunning and astute monarch who at first wanted to tread carefully in the 1930s Wallis Simpson affair.

The Queen Mother called Wallis Simpson a ‘naughty lady’ and helped to ensure that the Royal Family shunned her wedding to Edward VIII, secret letters and diaries reveal

King Edward VIII had announced he wanted to marry Mrs Simpson, an American divorcee, and the 1936 crisis in which he eventually abdicated.

In a letter to Queen Mary, Edward’s mother, she had caustically written of Mrs Simpson: ‘…relations are already a little difficult when naughty ladies are brought in, and up to now we not had the lady at all.’

But she then indicated that she wanted to remain ‘quite outside’ the saga.

However, years later, she intervened again after the abdication, when Mrs Simpson’s presence threatened to make her husband King George VI’s position on the throne unstable.

According to the documentary, she wanted to ‘get rid of her husband’s ghosts’ and to ensure that Edward and his wife left for France.

Another royal commentator in the programme, the Queen Mother wanted to ensure that ‘no one’ attended the pair’s 1937 wedding. 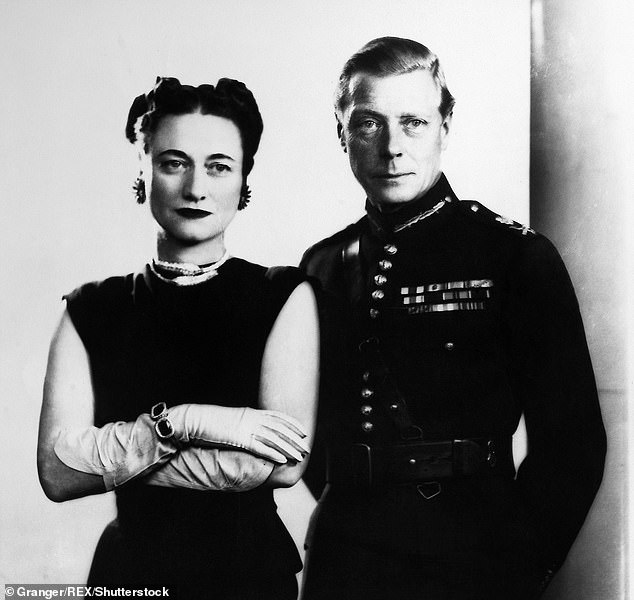 King Edward VIII abdicated in 1936 because he was unable to marry the American divorcee Wallis Simpson and remain King. The Queen Mother wanted to ‘get rid of her husband’s ghosts’ following the 1936 crisis and helped to ensure that fewer than 20 people attended Edward’s 1937 wedding, according to a new TV programme

She apparently succeeded, with fewer than 20 guests going to the ceremony in Tours, France.

The wily mother to our current Queen, described by Hitler as ‘the most dangerous woman in Europe,’ was also behind a plan to ensure that Mrs Simpson never became ‘Her Royal Highness’.

Royal biographer Philip Ziegler told the programme that, after asking her why she had been so forceful in keeping Edward and Mrs Simpson out of Britain, she replied ‘you can’t have two kings can you?’

The pair remained married until Edward’s death in 1972, and lived in France for much of their life together.

The Queen Mum: The Reluctant Queen, airs on Channel 5 on Saturday at 9pm. 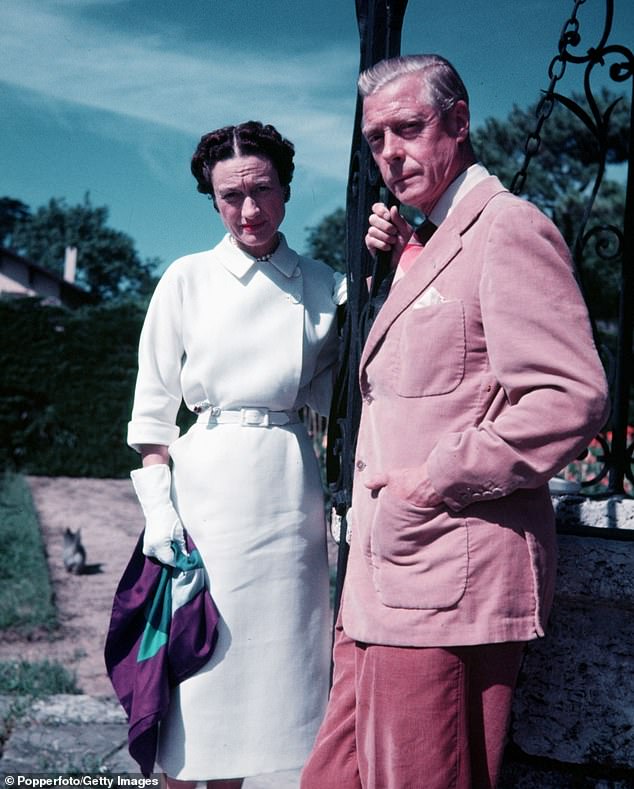 Edward and Mrs Simpson, pictured above in 1951, married in 1937 in Tours, France, at a ceremony in which fewer than 20 people attended. This came following the Queen Mother’s insistence that ‘no one’ from the Royal Family’ go to the event.