The Queen would have been ‘horrified’ by Meghan Markle and Prince Harry’s bombshell Netflix documentary branding the Commonwealth ‘Empire 2.0’, royal expert Richard Eden has claimed.

Appearing on the latest episode of Palace Confidential, the Daily Mail’s Diary Editor said the couple were ‘lucky’ that the late monarch wasn’t able to watch their TV special, which landed on the streaming platform yesterday morning.

In the third episode of the series, writer and broadcaster Afua Hirsh – author of the 2018 memoir Brit(ish) – described the Queen’s beloved Commonwealth as being ‘Empire 2.0’ before then going on to describe Prince Harry as ‘anti-racist’.

Discussing the first episodes of the series, Richard said: ‘It’s almost lucky that Queen Elizabeth isn’t alive to see this because the Commonwealth was so central to her and bringing people together.

Prince Harry and Meghan Markle’s documentary involved discussion of the Commonwealth. Pictured: the couple filming for the series in their Montecito home

‘It’s a voluntary organisation whereas [in the documentary], it’s dismissed as this colonial body used for Britain to extract money and resources from the rest of the world. She would have been horrified.’

Meanwhile, the Mail on Sunday’s Editor at Large Charlotte Griffiths pointed out how all the filming for the series finished in August 2022 – just weeks before the Queen passed away at the age of 96.

She said: ‘They were planning to do all of this thinking that The Queen would be alive to see it […] Thank God she didn’t.’

What’s more, Charlotte said Meghan’s ‘stance on the Commonwealth seems to have changed dramatically’ since her May 2018 wedding, where she wore a veil boasting different symbols to represent each nation. 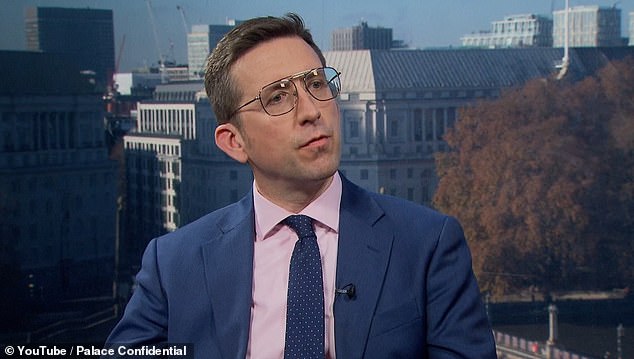 The Mail’s Diary Editor Richard Eden said the Queen would have been ‘horrified’ by the claims that the Commonwealth is ‘Empire 2.0’ 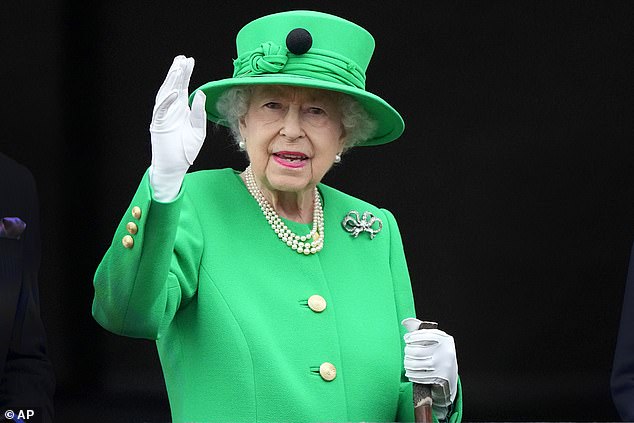 The Queen passed away weeks after filming for the Netflix series wrapped. Pictured during her Jubilee celebrations on June 5, 2022

In response to host Jo Elvin recalling how Meghan said she was ‘excited’ to visit the Commonwealth countries in her engagement interview, Charlotte said: ‘So she hadn’t done any research before getting married?

‘Is that what’s she saying? And now she’s done her research? That’s inconsistent with who Meghan is as a person, she’s obviously a very well-researched person.

‘I just think her whole stance on the Commonwealth has changed dramatically, maybe she fully believes what Afua is saying. I don’t know but it’s a pretty hard line [to take].’

Discussing institutional racism in the UK, Afua said in the documentary: ‘Britain calculated that it needed to grant these countries independence in a way that protected its commercial and capitalist interest. So it created this privileged club called the Commonwealth. 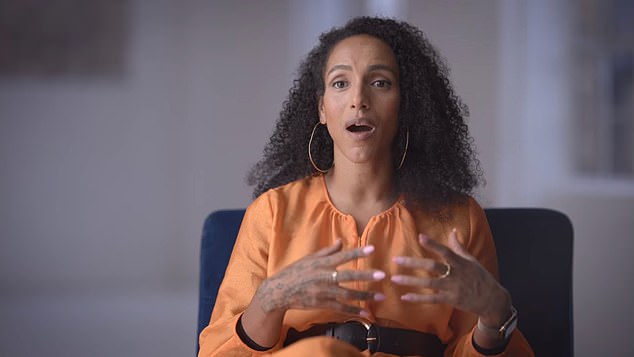 ‘The Commonwealth is still described as a club of friends who share common values. I find that language really problematic.

‘I sometimes call the Commonwealth ‘Empire 2.0′ because that is what it is.’

The Commonwealth was founded in December 1931 and currently contains 54 countries. According to the Royal Family’s website, the purpose of the orgnisation is to ‘foster international co-operation and trade links between people all over the world’.

The episode then tells the story of the murder of Stephen Lawrence and shows Harry speaking at a memorial to him, 26 days before his and Meghan’s wedding.

She added: ‘It represented a direct attempt to speak to the pain many people still feel as a result of the murder of Stephen Lawrence.

‘And that was really welcomed by many black communities in Britain. I always perceived Prince Harry as just another senior royal, a little bit racist, very ignorant.

‘But I have watched him on this journey and seen that he has really embraced the education that is required for someone like him to transform himself into an anti-racist.’

Elsewhere in the series, author Kehinde Andrews claims ‘nothing has changed’ from the UK’s colonial past, apart from the Royal Family’s ‘better PR’

Prince Harry and Meghan Markle also discuss Princess Michael of Kent a Blackamoor-style brooch to a pre-Christmas event the Duchess of Sussex attended in 2017. She was forced to apologise.

In response to the bombshell series, Tory MP Bob Seely has argued that the Duke and Duchess of Sussex should be stripped of their royal titles.

The Isle of Wight MP said the couple were ‘monetising’ their titles with ‘aggressive’ and ‘unbelievable’ attacks on the Royal Family and Britain.

Backbench Bills rarely become law, but Mr Seely said presenting the proposals to the House will be ‘a start’.