The secret McDonald’s doesn’t want you to know: Marketing manager, 25, reveals how you can get a chocolate sundae for just $1

A marketing manager has revealed how you can get a chocolate sundae at McDonald’s for a fraction of the price.

Queenie Tan, from Sydney, shared a TikTok video titled ‘McDonald’s secret’ about how she ordered a vanilla soft serve in a lid with hot fudge for just $1.

Instead of buying a small ($3) or large ($4.25) sundae with gooey warm fudge, the 25-year-old was able to treat herself to a mini version for one third of the cost. 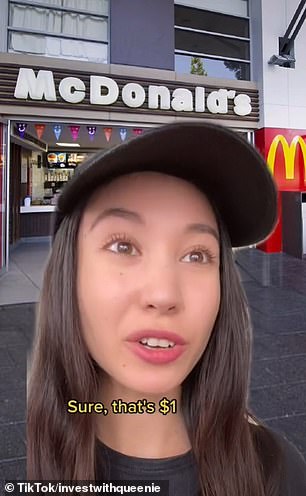 Marketing manager Queenie Tan (pictured), from Sydney, has revealed how you can get a chocolate sundae at McDonald’s for a fraction of the price 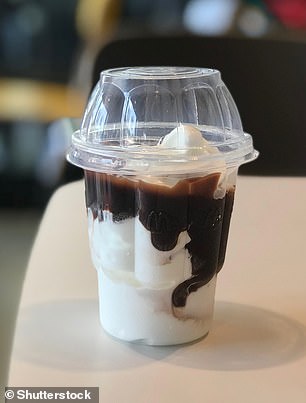 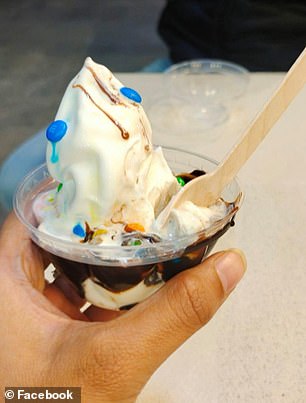 To get a cheaper version, she said you simply ask for a ‘soft serve in a lid with chocolate sauce’.

‘I order this all the time,’ she said.

Her video has since been viewed more than 100,000 times, with many saying they are keen to order a mini sundae the next time they’re at McDonald’s. 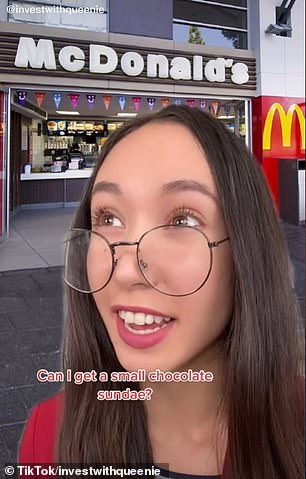 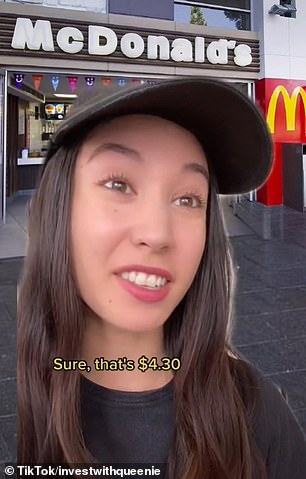 She found a food delivery service charging customers $4.30 for a regular sized sundae

Others said they have been getting the cheaper version for years.

‘I get this when I’m working. It’s so much easier and quicker to eat before going back to work,’ one woman wrote.

While one former McDonald’s employee said: ‘Can confirm, I couldn’t care less about serving size, I would overfill the soft serve lid anyway.’

And another added: ‘My manager once spent a whole minute ranting at me because I was 1cm over with the small sundae.’

The mini sundae trick has been around for years, with many customers ordering the smaller version – complete with their favourite toppings including M&M’s chocolates, crushed Oreo biscuits or hot fudge.

One woman said she was ‘excited’ after she discovered she could order a soft serve in a lid instead of a cone with M&M’s and chocolate sauce for $1.90.

‘A sundae is usually too big for me so this is perfect. Good hack for those with kids especially,’ she wrote on Facebook.

Likewise, if you’re craving a sundae but don’t want to pay the premium – simply order a soft serve cone in a lid and add strawberry, hot fudge or caramel sauce on top.