The Queen is mourning one of her closest friends Sir Timothy Colman after he died at home aged 91.

The former Royal Navy officer was a scion of the Colman’s mustard family from Norfolk and a frequent guest at the Sandringham estate with his wife Mary, who died in January aged 88 and was the Queen’s cousin.

Sir Timothy broke the world record for speed sailing seven years in a row, explored Antarctica and the Falkland Islands in the 1960s and served on the boards of Reckitt and Colman, Whitbread and Anglia Television Group.

He met Mary – who was the elder daughter of Michael Bowes-Lyon, the Queen Mother’s brother – while on leave from the armed forces in 1948, and they were secretly engaged for two years before marrying in 1951 in London.

Sir Timothy’s cause of death has not been announced, but he was surrounded by his family when he died – with relatives praising him as a ‘huge influence on a number of people of all ages, who sought his wise counsel’. 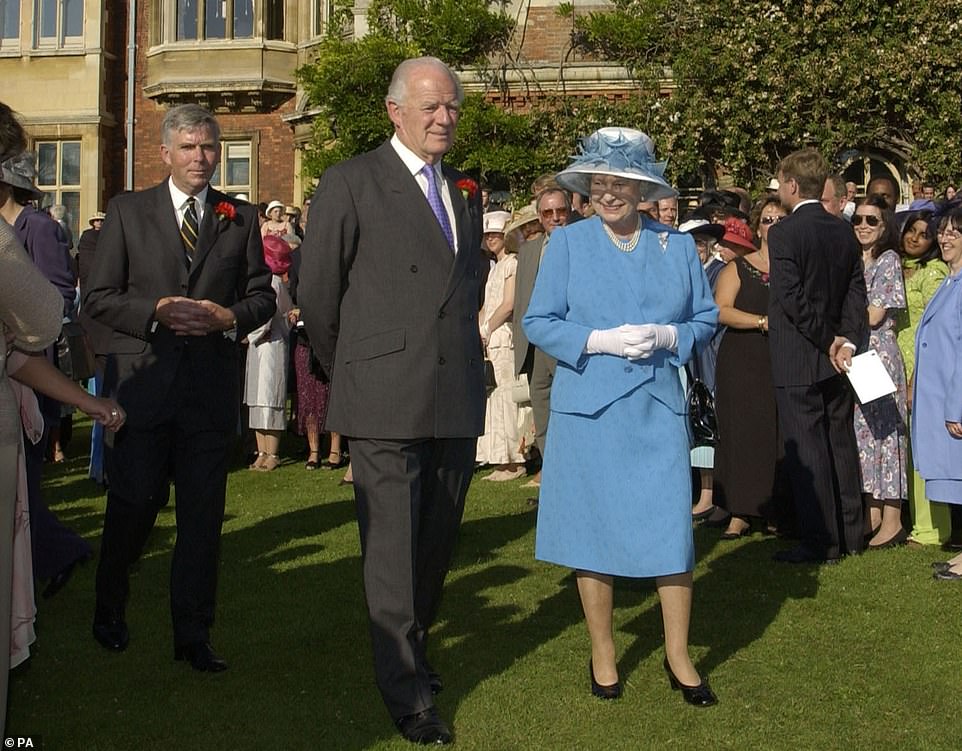 Sir Timothy, who had five children – Sarah, Sabrina, Emma, James and Matthew – was also a director of Eastern Counties Newspapers (now Archant), and instrumental in the building of the University of East Anglia in the 1960s.

The businessman, who died at his home at Bixley Manor last Thursday, was also a naturalist, Knight of the Garter and well known in his home county – being described in an Eastern Daily Press obituary as ‘one of Norfolk’s sons’.

He was a keen sailor who worked with Rod McAlpine-Downie to design and build the catamarans Crossbow I and II. They made it to 26.3 knots in 1972 before reaching 36 knots in 1980 – a record that lasted until 1986.

Born in the Norfolk village of Henstead on September 19, 1929, Sir Timothy was the son of Geoffrey Colman and Lettice Adeane – and the great-grandson of Jeremiah James Colman, who was the creator of Colman’s Mustard. 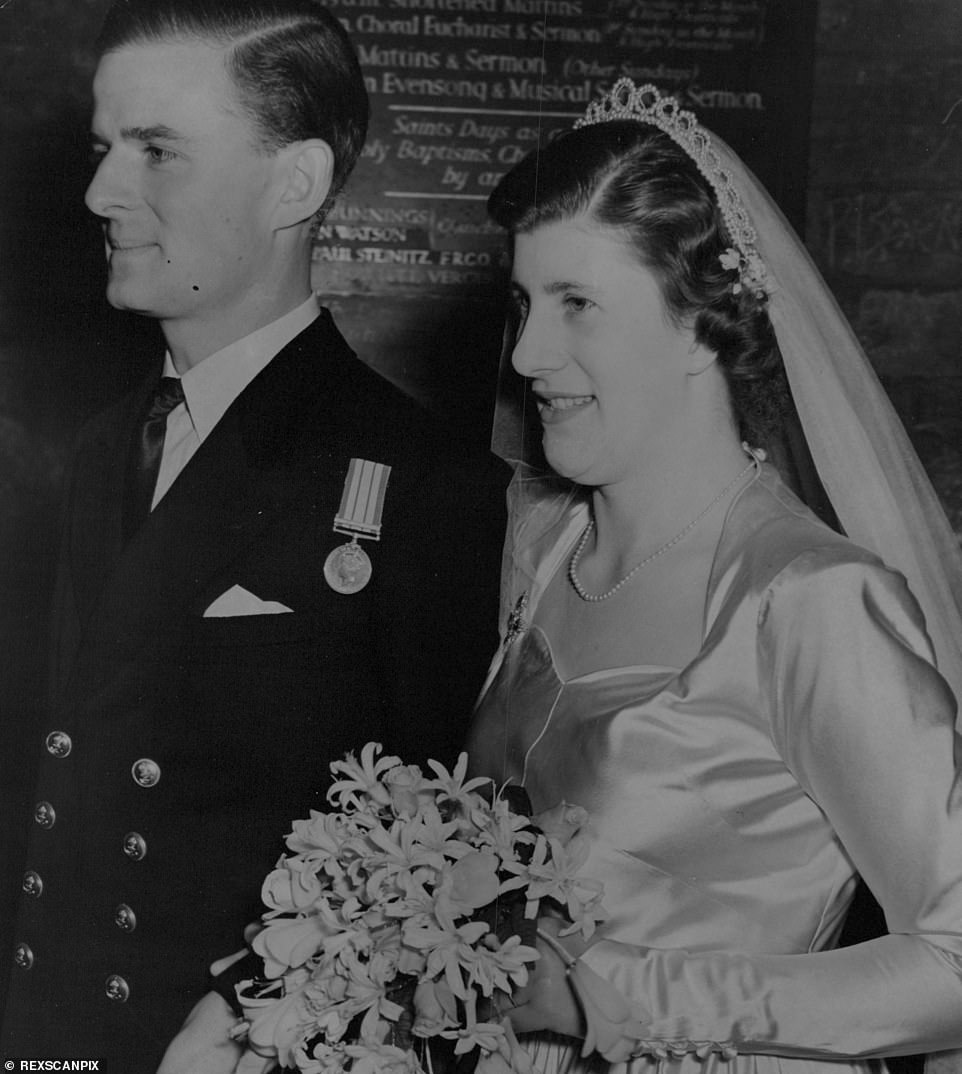 In 1951, Sir Timothy Colman married Mary, who was the elder daughter of Michael Bowes-Lyon – the Queen Mother’s brother 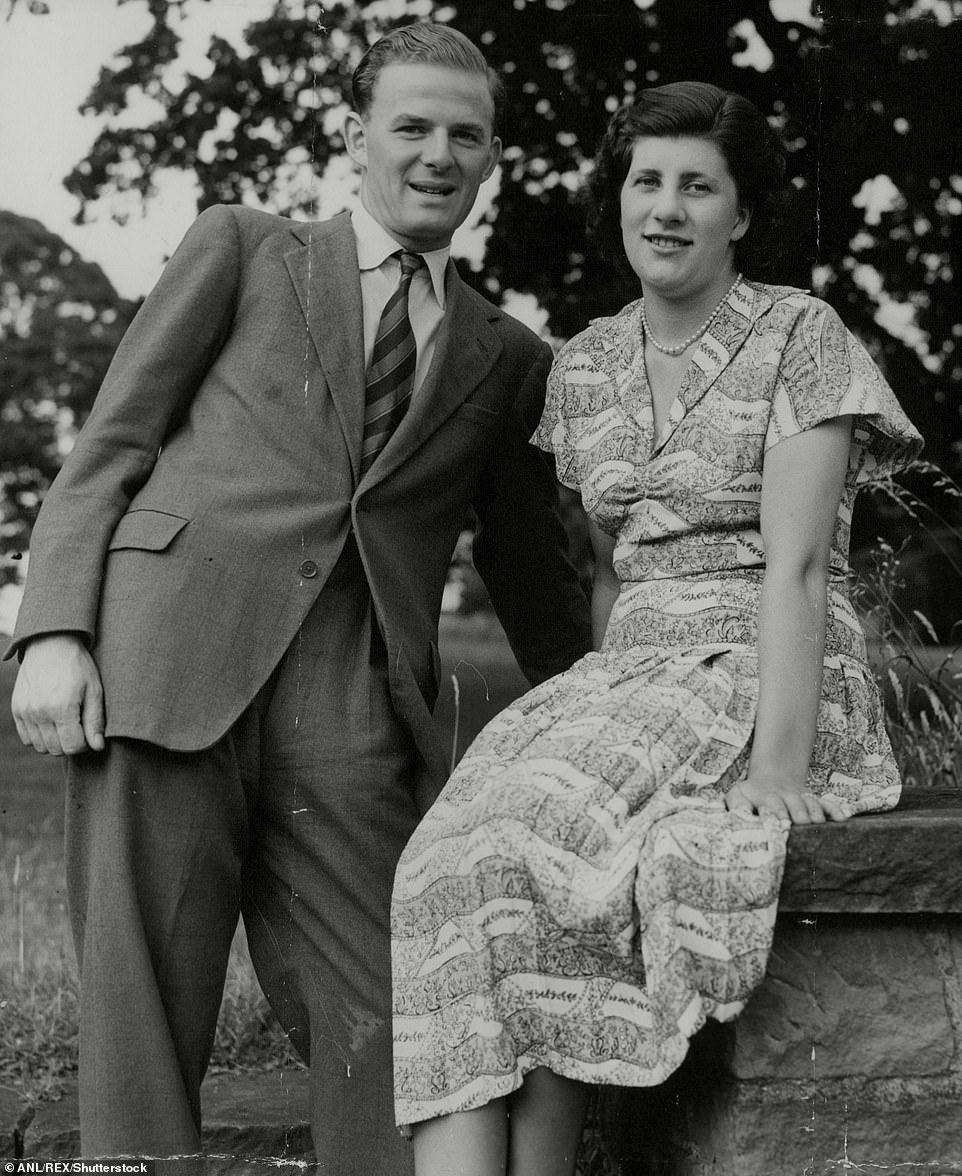 Sir Timothy met Mary (above, together) – the daughter of Michael Bowes-Lyon – while on leave from the armed forces in 1948

Sir Timothy’s father died when he was just six years old in 1935, so his mother brought him up him along with his two brothers and two sisters – David, Juliet, Penelope and Russell.

David was in the 2nd King’s Royal Rifle Corps during the Second World War and was killed at El Alamein in Egypt in November 1942 aged 21, which was the same age that Russell died in a train accident in 1958.

Sir Timothy attended Heatherdown Preparatory School in Berkshire before joining the Royal Naval College in Dartmouth aged 13. He served as a midshipman, then a second lieutenant on HMS Frobisher and Indefatigable.

He also served in Malta and the Mediterranean, including in Palestine in 1948 – and while on leave that year he met his future wife Mary Bowes-Lyon, the daughter of Michael Bowes-Lyon and Elizabeth Margaret Cator. 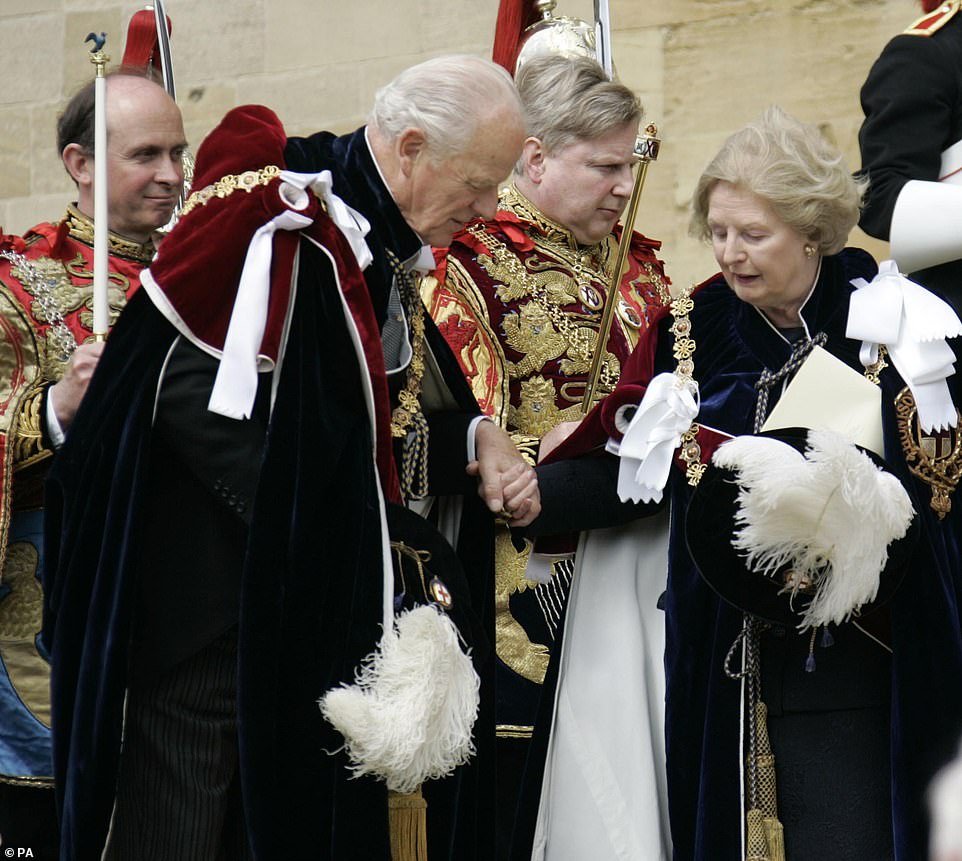 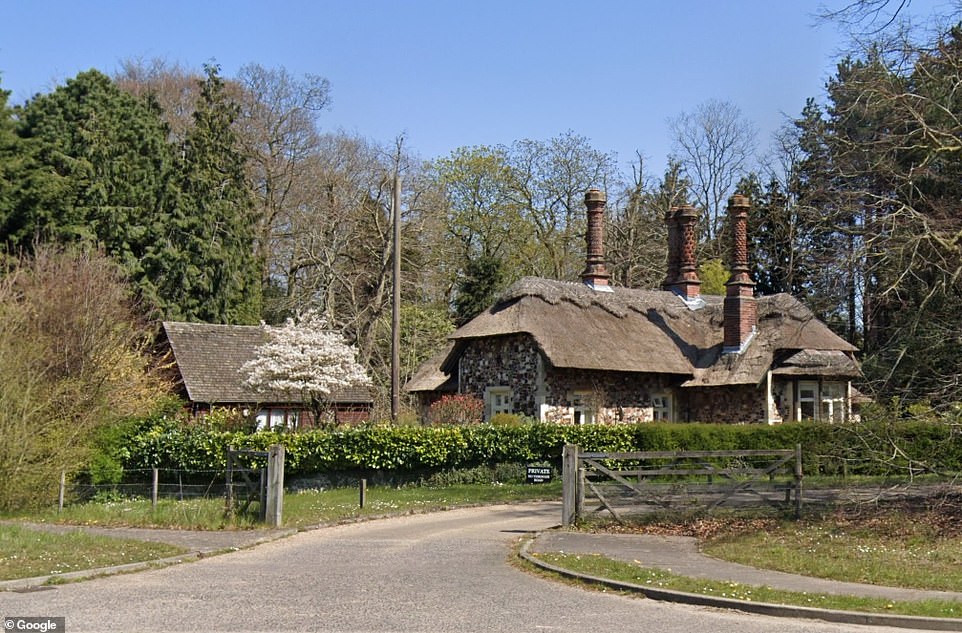 Sir Timothy died at his home at Bixley Manor near Norwich. The ‘South Lodge’ of the estate is pictured above from the road

Michael Bowes-Lyon’s sister Queen Elizabeth, the Queen Mother and Princess Margaret were both guests at their wedding at the medieval church of St Bartholomew-the-Great at Smithfield in the City of London.

They lived in Dorset in their first years of marriage while Sir Timothy served in the Royal Navy on the Isle of Portland near Weymouth, before he left service and they return to his county of birth, Norfolk, in 1953.

He then joined the family company, which was known as Reckitt and Colman at the time, and eventually became manager of the Carrow Works site. Sir Timothy later left that role to oversee the family estate at Crown Point.

In 1957 he became a director of Eastern Counties Newspapers – following in the footsteps of his grandfather Russell, a Lord Lieutenant of Norfolk, who played a major role in setting up the newspaper group. 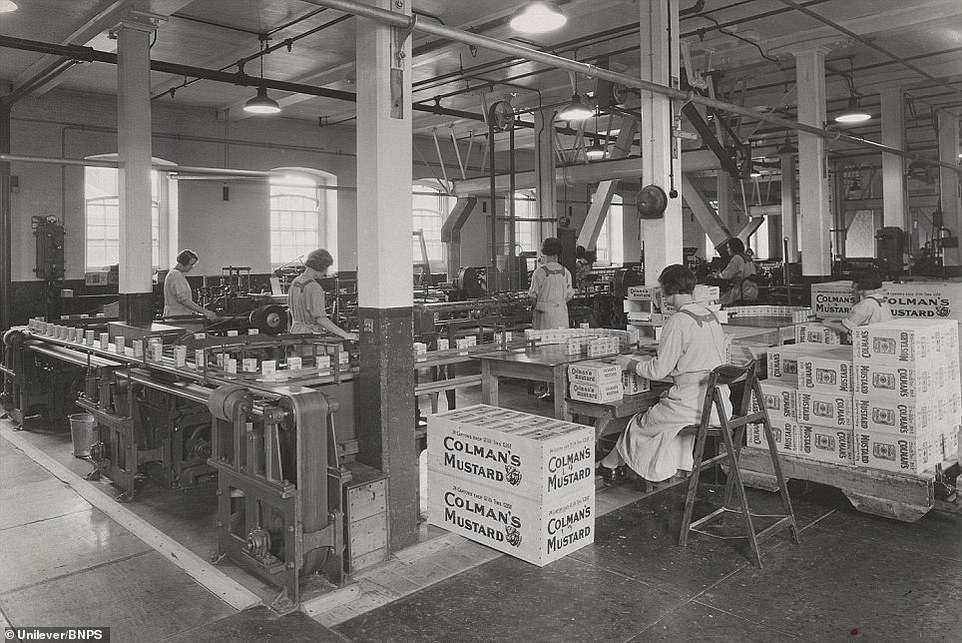 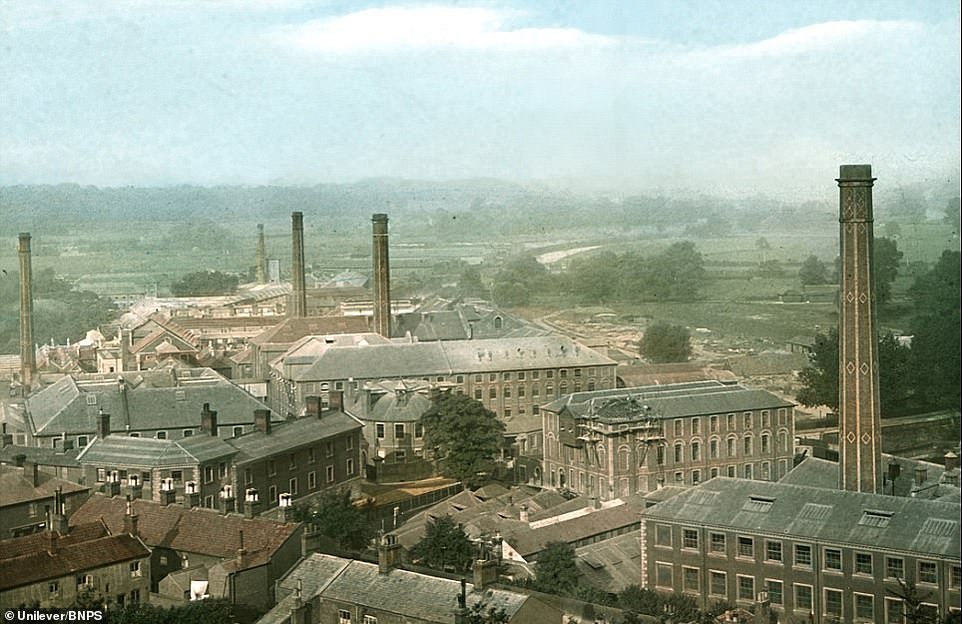 Sir Timothy Colman was a scion of the Colman’s mustard family from Norfolk, whose factory in Norwich is pictured in 1900

In addition, he was a former Justice of the Peace, chairman of the bench and launched an appeal in 1961 to set up a university in Norwich – which saw £1.3million raised in a year and UEA established in 1963.

Sir Timothy is survived by his five children, ten grandchildren and 17 great-grandchildren. His family said: ‘He was a fount of knowledge , a huge influence on a number of people of all ages, who sought his wise counsel.

‘He had a love and huge knowledge of the natural world, but, most importantly he loved his family. With his late wife Mary, he created the happiest of family homes at Bixley Manor.’

Colman’s has been based in Norfolk ever since Jeremiah Colman started his mustard and flour business in 1814 in Stoke Holy Cross, just four miles south of Norwich.

In 1850 Jeremiah James moved the business to a much larger factory at Carrow in Norwich because it had good access to train links and the river for exports. 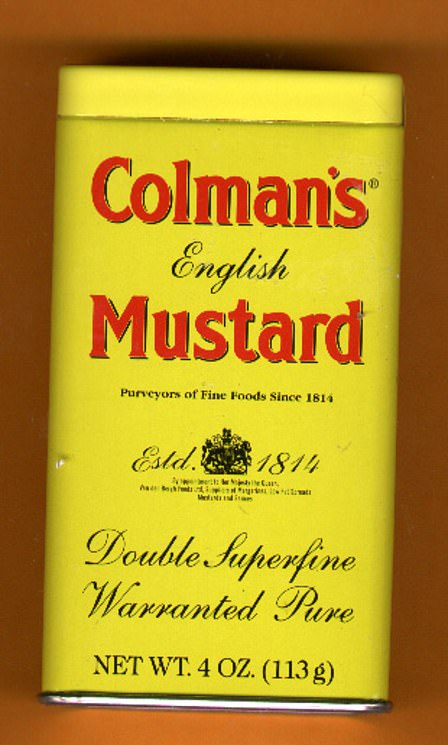 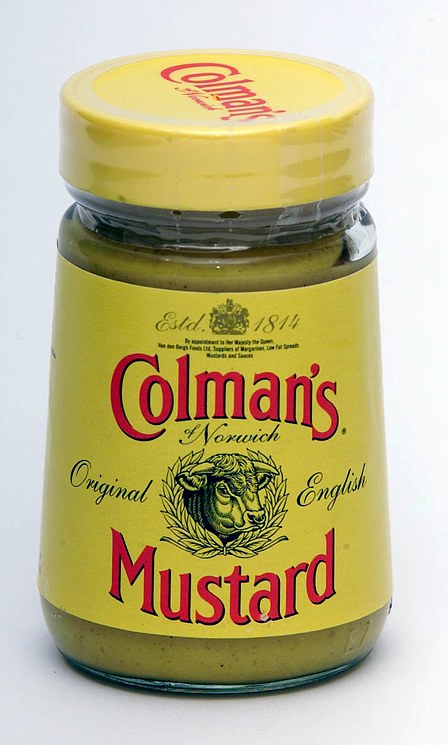 Popularity for the condiment went from strength to strength and in the 1880s they began to offer different types of containers for customers to buy it in. These ranged from tins costing just one penny to collectible, pictorial packages.

In 1938 Colman’s joined forces with Reckitt and Sons starch makers, but just one year later both companies suffered in the air raids and several departments were damaged.

Mustard escaped rationing during the Second World War and was used as a way of making bland war-time recipes seem more interesting. However, because paper was in short supply the size of the labels were greatly reduced. 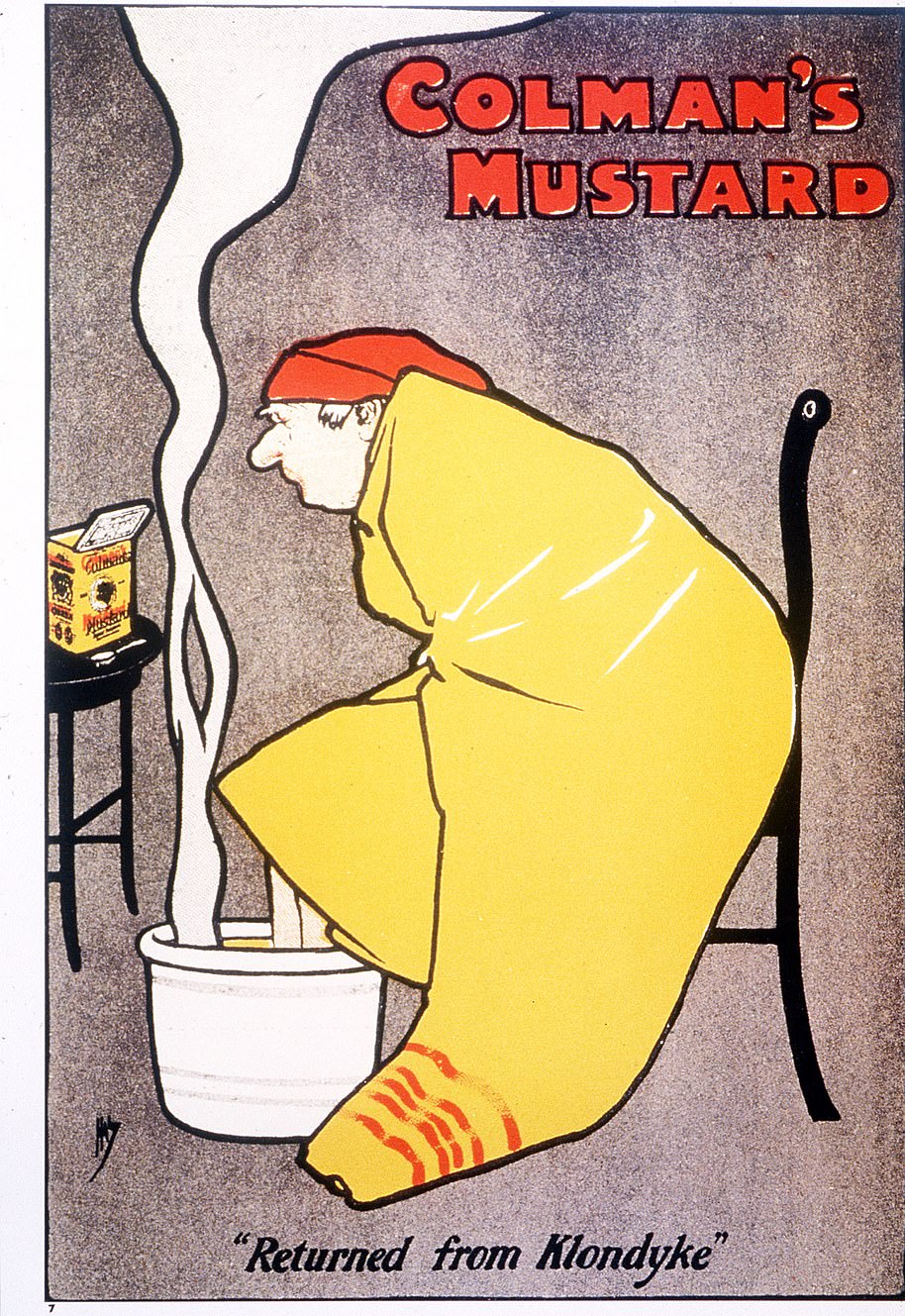 Colman’s continued to partner with other companies and products and in 1968 they acquired a wine firm and a sauce product. In 1995 Colmans Mustard was purchased from Reckitt and Colman PLC and it became part of Unilever.

In May last year, the plant in Norwich closed for the final time the final time later after more than 160 years of production in the city – with a new factory located eight miles west of the city in Honingham. 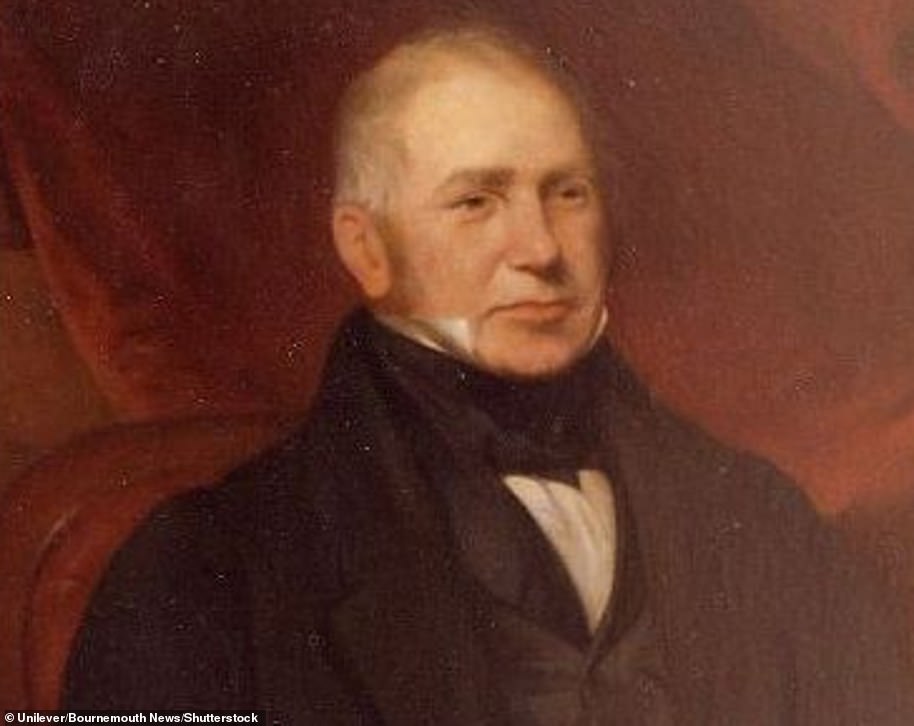 The founder of Colman’s was Jeremiah Colman (1777-1851), whose nephew was James Colman – great-great grandfather of Sir Timothy

Sir Timothy’s great-great grandfather was James Colman (1801-1854), who was the man who joined with uncle Jeremiah Colman in 1823 in a move that saw the company rebranded as J. and J. Colman.

Sir Timothy married Lady Mary Cecilia Bowes-Lyon in 1951, who was the daughter of Michael Claude Hamilton Bowes-Lyon. He was the brother of Lady Elizabeth Angela Marguerite Bowes-Lyon – later Queen Elizabeth, the Queen Mother.