A segment on The Project in which Indigenous Australians criticised the wide-spread reaction to the Queen’s death has sparked fierce debate.

The ten-minute segment, which aired on Friday night, was led by Indigenous advocate Ben Abbatangelo, who opened with: ‘There’s a lot of things about the Queen’s death that doesn’t sit well with Blackfellas’.

Queen Elizabeth II’s death at the age of 96 on September 9 made headlines around the world.

The large amount of ‘positive’ media coverage and footage of people ‘swooning’ over ‘old mate Queen Lizzie’ was ‘no surprise’ according to Mr Abbatangelo.

‘It is history once again being written to the hymn of whiteness,’ he said.

The ten-minute segment, that aired on The Project on Friday night, was led by Indigenous advocate Ben Abbatangelo, who opened with: ‘There’s a lot of things about the Queen’s death that doesn’t sit well with Blackfellas’

Mr Abbatangelo, a Gunaikurnai and Wotjobaluk writer, said the ‘fact missing from the fiction’ is that the Queen and the monarchy ‘represent a system of colonialism, a practice that has crippled generations of First Nations peoples’.

The segment then turned to the reporter sitting down with Indigenous leaders Meriki Onus and Celeste Liddle to get their insight into how the Queen’s death impacted them and the broader Indigenous community.

‘As an Aboriginal person living in the colony, it was more obvious that we’re living in a completely different reality to everybody else here,’ Ms Onus said.

‘This fanfare that they have for this person who’s so far removed from our reality – it’s weird and it’s really strange to watch.

‘I do find it a bit insulting that people who I thought were more understanding turn into monarchists out of nowhere.’ 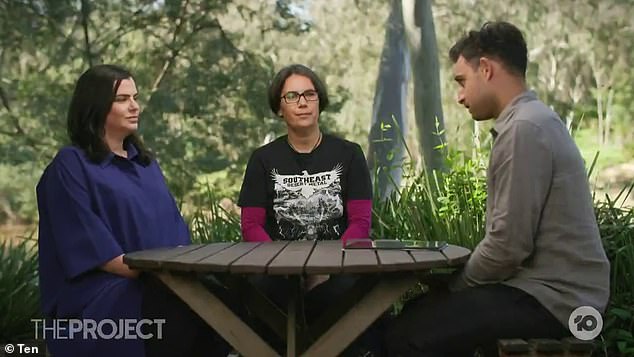 The segment then turned to the reporter sitting down with Indigenous leaders Meriki Onus (left) and Celeste Liddle (centre) to get their insight into how the Queen’s death impacted them and the broader Indigenous community.

Ms Liddle suggested the public backlash for anyone speaking out about the Queen or the monarchy had ramped up since Her Majesty’s death.

‘The minute that you say anything, you’re drowned out will calls of ”she did so much”,’ Ms Liddle said.

The Channel Ten segment included clips of monarchists emotionally praising the Queen and her life after the news broke of her death.

But Ms Liddle argued the Queen should not be celebrated, saying she was ‘a direct descendant of people who signed off on our dispossession’.

‘She benefits from that. This absurd idea that this one family has been bestowed the gift from God to rule over us all,’ she said.

‘The slavery, the dispossession, the resources that they’ve gotten wealthy off – she’s the direct representative of that system. 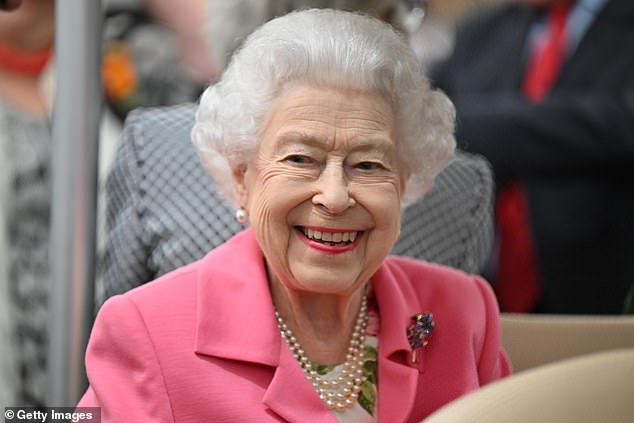 ‘It seems almost bonkers to me that a system like that can still exist, and that people are so quick to reinforce it.’

The Queen’s death came with another layer of tension for Ms Onus, who revealed the funeral for her cousin who died while in custody was held on the same day.

She said it ‘was not lost on her’ that the Queen was able to have a funeral where millions of dollars had been spent, while many First Nations families struggle to pay for their own loved ones’ services.

‘It’s very visceral to me that that person can have a funeral and that wealth was gained by the dispossession of my family and people,’ she said.

‘And we have to find money to bury someone who was killed at the hands of that system.’

After the segment wrapped up, Mr Abbatangelo admitted he still felt ‘revved up’ when asked by fellow panellists how he felt hearing the leaders share their stories.

‘It’s been a very clarifying couple of weeks,’ he told the panel.

‘To see the media and so many people default to uphold the whiteness of it all has been really extravagant.’

‘It’s absurd, how do you feel?’ Mr Abbatangelo replied. 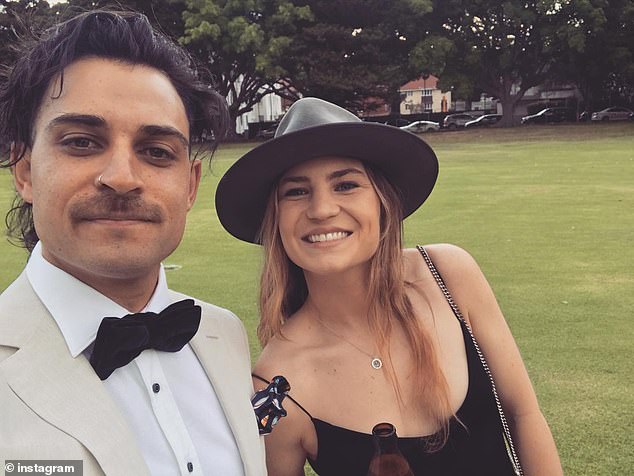 After the segment wrapped up, Mr Abbatangelo admitted he still felt ‘revved up’ about the impact the Queen’s death has had on the Indigenous community

‘We’re saying from our vantage point, ”Hey, everyone’s getting screwed”. At the bottom of this, we certainly are – but all of you, how does this sit with you?’

His fellow panellist pointed to the fact the change in monarch was ‘surprising’ for many Australians after 70 years.

The full segment has been shared across The Project’s social media accounts, but the comments have been noticeably turned off.

Instead many shared their thoughts on their own Twitter accounts, with many supporting both the segment and the monarchy.

‘Thank you for speaking truths,’ one said.

‘Australian TV gets it,’ a third tweeted.

Meanwhile one Twitter user said it had ‘missed the mark by kilometres’ and was ‘offensive’ to the Queen.

‘I wonder why they have blocked people from commenting. Never seen so much fake dribble in my life,’ another wrote.