Queensferry Crossing is lit up in festive display… but at what cost to the taxpayer?

Whose bright idea was this? Scottish road crossing is lit up in festive display… but at what cost to the taxpayer?

Britain’s tallest bridge is being lit up like a Christmas tree over the holidays thanks to new architectural lights funded by taxpayers.

The new lighting system has been installed on the flagship Queensferry Crossing, which links Lothian and Fife in Scotland.

The decorations are being tested along the structure – which cost £1.35 billion and took a decade to make – but are not fully operational. 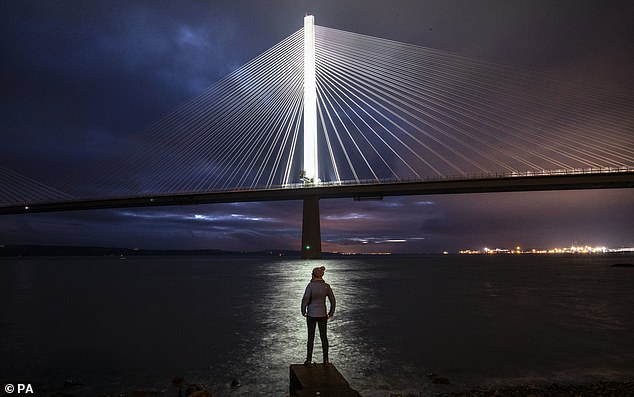 The decorations are being tested along the £1.35 billion structure and will be paid for by the taxpayer

The plan is to have automatic lights turn on at night on the main towers and have a strip of lighting along the deck edge of the bridge.

MailOnline has approached Transport Scotland for figures on how much the lights will cost taxpayers.

Taxpayers have already this year paid £22million on repairs to the Forth Road Bridge – which was supposed to be replaced entirely by the new neighbouring crossing.

That figure comes despite the fact only 700 vehicles on average travel along the 54-year-old structure each day. 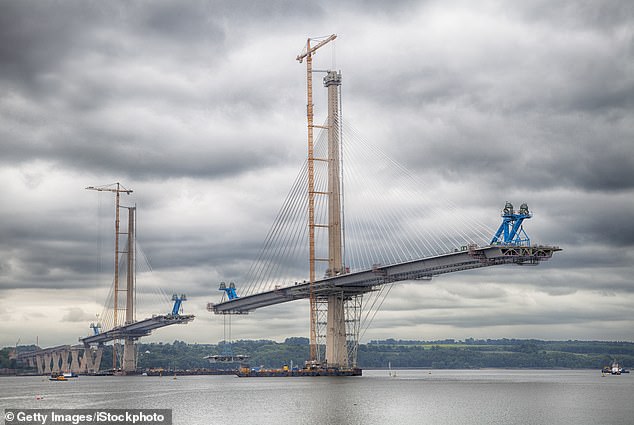 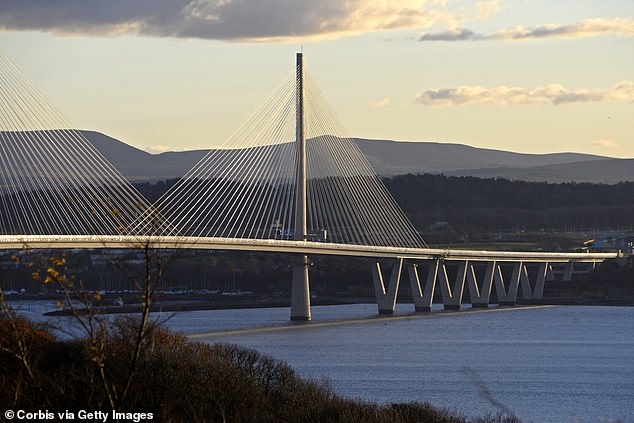 It was finished in August last year, but critics say it was opened ‘prematurely’

The Transport Secretary said he was ‘disappointed’ that difficulties with resources has led to snagging repairs on the Forth Road Bridge being delayed.

Scottish Conservative transport spokesman Jamie Greene said: ‘Commuters will see news of more repairs needed and conclude that the SNP is now playing catch-up after hurrying to open the bridge triumphantly, at the expense of commuters and drivers.

‘The fact the bridge is architecturally impressive does not excuse any disruption that will be caused to drivers due to its premature opening.’