A depraved baby rapist who filmed himself repeatedly sexually assaulting a two-year-old girl has won an interim claim his human rights were breached by housing him in prison with a cellmate.

Jason Daron Mizner – whose vile paedophile crimes across two countries included muzzling a toddler to stop her screaming –  has previously complained his jail time was excessive.

Now the former Gold Coast yoga teacher, who is aged in his late 40s, has won a temporary Queensland Civil and Administrative Tribunal (QCAT) order he not be placed in a shared cell  until his discrimination case is decided, the Courier Mail reported.

Having served 11 years in a Thai prison for raping and videotaping toddlers before being deported to Australia, Mizner claims discrimination by Queensland Corrective Services for placing him in a two-man cell.

Mizner says he is impaired by disorders including post-traumatic stress from his time in a Thai prison, where he served 11 years for raping a baby.

He says he also has autism, an acquired brain injury and foot or leg injuries which make it difficult for him to share a cell with another inmate.

And it looks like QCAT will permanently grant him his wish because sharing with another cellmate is unbearable for someone who suffers ‘persistent emotional hyperarousal’.

Depraved baby rapist Jason Mizner (above, under arrest in Thailand) is likely to succeed in being housed in single cell despite prison overcrowding because his ‘human rights are breached’ by having a cellmate

He is serving 19 years in Queensland for 65 child-sex offences involving a two-year-old girl in the early 2000s who he repeatedly raped over a three-month period.

His sickening rap sheet included more than 30 counts of rape and videotaping the assaults.

Mizner was caught while on holiday in Thailand where he had befriended a Thai woman whose baby daughter he had also begun to sexually assault.

Back on the Gold Coast, the mother of a two-year-old girl had found a bag of his possessions at home which included handwritten notes with children’s names, details on how to exploit them and videos of his horrifying abuse.

Along with the recordings and names of children, the bag also contained addresses of single mothers and plans for a child exploitation ring.

Mizner was convicted of shocking child-sex offences in Thailand and served 11 years of a 35-year sentence before being deported to Australia on his release.

Charged over the Gold Coast offences, he was sentenced in 2018 to a total of 26 years in continuous custody in two countries.

During sentencing, Justice Leanne Clare said she had struggled to cope with the disturbing footage of Mizner’s offences despite 30 years experience with extreme child abuse cases. 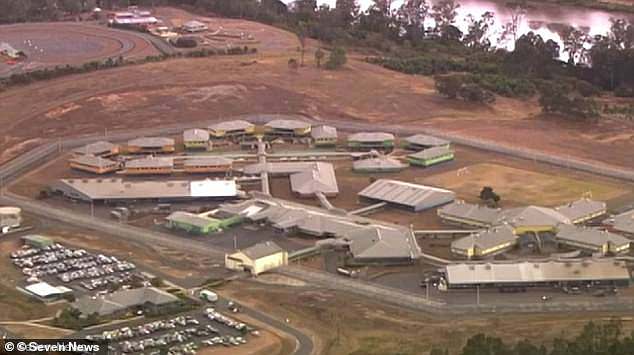 Wolston prison (above) which also houses child killer Brett Cowan and wife killer Gerard Baden-Clay, will have to find a single cell for Mizner because he suffers PTSD from Thai jail where he served time for raping a baby

‘I only watched a portion and it has been a battle to get the vision of your offending out of my head,’ Judge Clare said.

‘I cannot imagine the horror of it for (the girl’s) mother.’

Judge Clare, who was so traumatised by the graphic footage she had to delay sentencing, said Mizner had shown no remorse for his heinous crimes.

A year later, Mizner claimed in the Queensland Court of Appeal that his jail time – which means he won’t be eligible for parole until 2031 – didn’t properly take into account the time he spent in prison overseas.

He lost his appeal.

Mizner is now held at Wolston Correctional Centre as his original claim under the Anti-Discrimination Act is being determined by QCAT.

The tribunal heard a prison psychiatrist supported Mizner’s request not to share a cell due to ‘persistent emotional hyperarousal, hypervigilance and intrusive recollections’ consistent with PTSD. 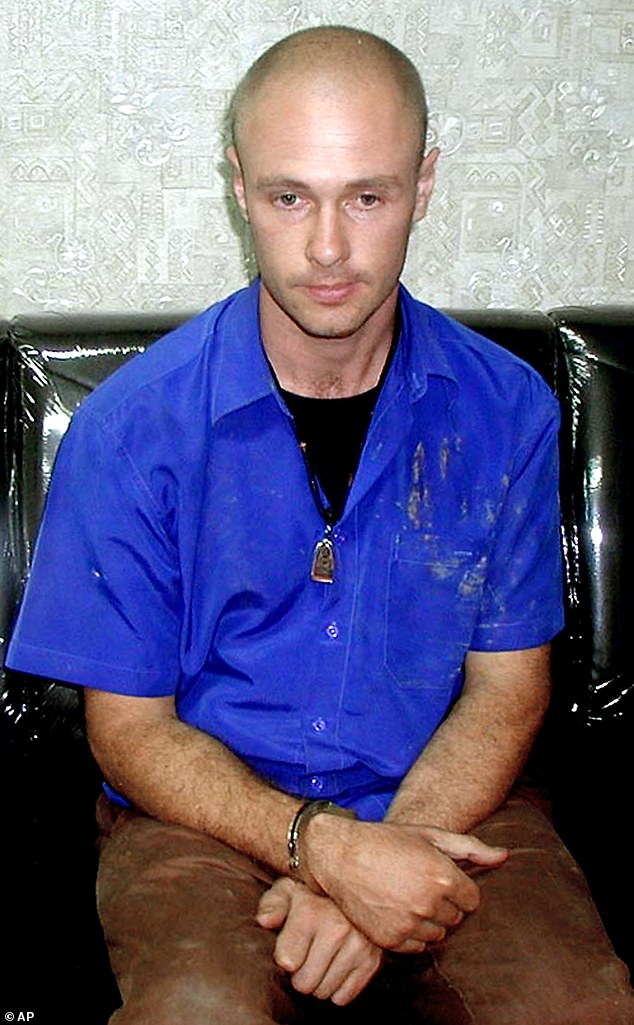 Jason Mizer, now in his late 40s, filmed himself raping a two-year-old girl he muzzled to stop her screaming, but now claims his rights are being eroded by having to share a cell while he has ‘persistent emotional hyperarousal’

Mizner claimed if placed in a shared cell for more than a few weeks ‘it would impact on his mental health and lead him to have a mental breakdown’, QCAT heard.

Mizner claims Corrective Services failed ‘to give proper consideration to his human rights in making decisions’ and that a prison psychologist told him he didn’t meet the requirements for the ‘Do Not Double Up’ list.

Corrective Services argue Mizner is suitable for shared accommodation, and QCAT heard single cells are the exception at overcrowded Wolston prison, with inmates only placed in a cell alone under extreme circumstances.

QCAT member Ann Fitzpatrick found Mizner had demonstrated ‘a sufficient likelihood of success in the complaint’ and the risk of harm to his mental health must outweigh the prison’s operational problems.

‘In all I am not satisfied on the limited evidence available that the applicant would not suffer harm if placed in a shared cell,’ she said in a published decision.

She ordered he not be placed in a dual occupancy cell before his discrimination complaint was dealt with.