Pictured: Terrified boy, 4, whose car was taken by thieves as he sat in the back with his dog before they dumped him crying in a car park – as his mother describes her horror

A terrified boy was driven away from his mother by thieves who stole her car while he was sitting in the back with his dog.

David and his puppy Sparky were sitting in his mother’s Toyota Landcruiser while she locked up a hockey field in Gladstone, central Queensland on Saturday evening.

A man and a woman jumped into the front seats and sped off with him inside.

They drive for 15 minutes before David was dumped in the car park of a fast food restaurant where he stood crying until his petrified mother found him.

Julieanne Bryce was locking up the hockey fields on Dawson Road in Gladstone, central Queensland, while her four-year-old son, David (pictured), and his puppy Sparky sat in their Toyota Landcruiser

‘I could feel my whole body shaking and freaking out,’ Julieanne Bryce told 7NEWS as she relived the ordeal.

‘I immediately called Triple Zero because I wasn’t sure where to start trying to find them.’

Mrs Bryce and her daughter tracked the car using an iPhone application, and 15 minutes later they found David had been dumped crying in a car park of a fast-food restaurant.

‘He’s gotten a couple packets of red frogs and a Kinder Surprise out of us today,’ Mrs Bryce said.

‘We are just so grateful for the police,’ she said.

‘They did a wonderful job, acted quickly and reassured us. For a dreadful unfair situation we ended up being VERY lucky with the final result.’ 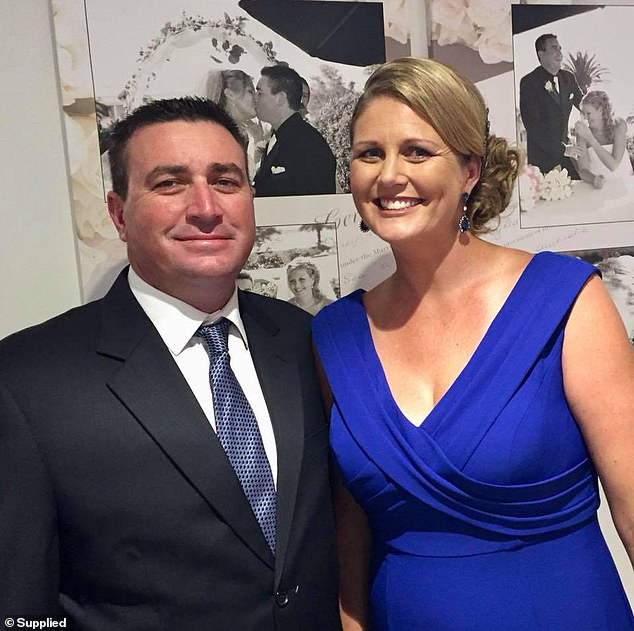 Mrs Bryce (pictured with her husband) and her daughter tracked the car using an iPhone application, and 15 minutes later they found David had been dumped crying in a car park of a fast-food restaurant

David was found at a fast-food restaurant on Glenlyon Road just 15 minutes later.

Police were alerted to the abandoned four-wheel drive on Matson Crescent just after 1am.

The Maltese Terrier puppy was still inside the car – neither David or Sparky were hurt during the alleged ordeal.

Both the man and woman were taken into custody on Saturday afternoon and both were charged with abducting a child under 16, unlawful user of a motor vehicle and endangering a child by exposure. 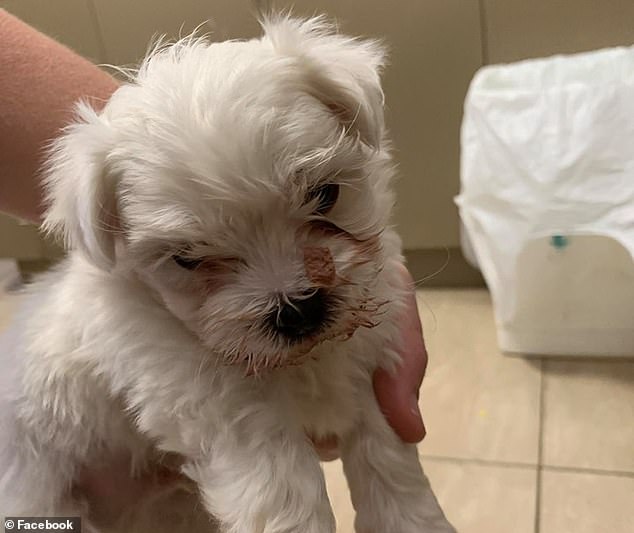